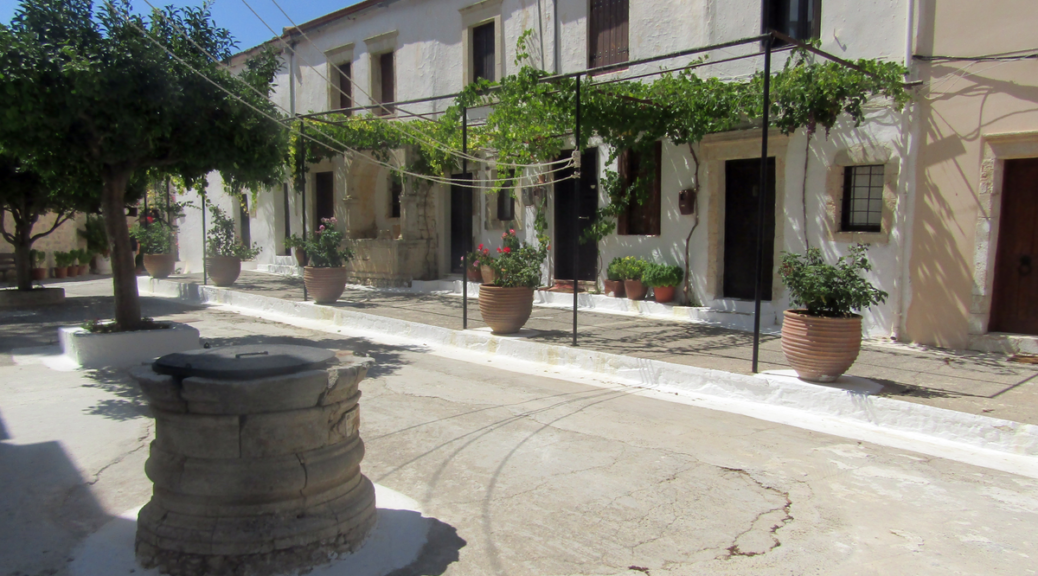 Agarathos Monastery is one of the oldest monasteries on Crete, founded during the 2nd Byzantine era and dedicated to the Virgin Mary. It is located 23 km from Heraklion near the village of Sgourokefali and the stunning gorges of Astrakiano e Kounaviano. The area is off the beaten track and is mostly popular with nature and hiking enthusiasts. You can make a quick rest stop here if you explore the nearby area of Vathypetro. The winery of Lyrarakis is another popular attraction.

During the 16th century, the monastery started being fortified, taking on the form of a citadel, with three entrances. Then, during the era of Venetian rule, it was an important seminary for clergymen. There is evidence that the library of the monastery was one of the richest and most important in the area, where students worked tirelessly to replicate and reproduce the written texts. Documents found in the library of Marciana in Venezia in 1532 attest to its importance.

After the Ottomans occupied the island, nothing remained of the old centre of education and culture. In 1821, the Ottomans slaughtered the monks and set fire to the buildings. The church was reconstructed in 1894 and restored to its former glory after the end of the Ottoman rule. A school continued to operate here as well. Nowadays the visitor can walk around the site of the old monastery and explore the surviving sections, the church with its modern murals depicting Cretan saints and the renowned ?Rogdia tis Agarathou?, the Pomegranate Tree of Agarathos. According to tradition, the monastery was built after the icon of the Vergine Maria was found beneath a tree, which is now considered sacred. It is a relic of the worship of sacred trees, which existed on pre-Christian Crete and is found at other monasteries and places of worship on the island.

Some important figures linked to the monastery are Cyril Lucaris, Meletius Pegas, the scholar Joseph Bryennios, e Patriarch of Alexandria, Theodore II. There are approximately 19 monks in the monastery. Don’t forget to visit the small museum, where you also buy souvenirs and local extra virgin olive oil.