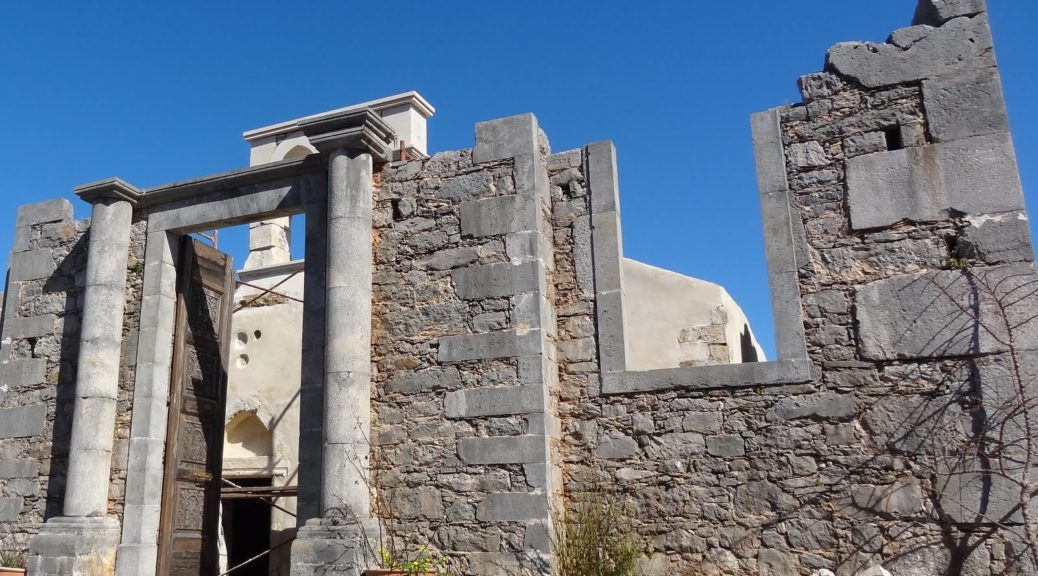 At a distance of 46 km from Rethymno, on a hill near Tsachiana, troverete il Monastery of Halepa in a lush landscape. It was founded at the end of the Venetian occupation and, according to documents of 1555, maintained a considerable estate and was considered a wealth monastery.

Inside the area, there is a fountain, a stable and agricultural workshops. The owner, according to an inscription found inside, was Jeremias Sgouros. During the years of Ottoman rule, it was destroyed but rebuilt under Abbot Nestoras Kokkinidis. In the revolution against the Turks, the monastery played a very important role in assisting the fighters as did a lot of the monasteries in Crete. Their support was integral to the cause, harbouring rebels and providing food and shelter in times of need.

Its katholikon is in the middle of the precinct, but unfortunately, only some ruins remain. It is a two-aisled basilica without a dome dedicated to the Birth of Christ e il Transfiguration of the Savior. During the 19th century, Abbot Ploumis wanted to build a larger church around the katholikon, a project that was never completed. Just outside the monastery is the church of Agia Marina. In recent years, several attempts have been made to restore the monastery. It is no longer active but is open to visitors that want to rest and enjoy the view or walk around the grounds.

Another important monastery nearby is that of Diskouriou, close to the settlement of Axos. It is also one of the oldest monasteries in the area, established during the period of Venetian rule and was a significant religious centre. There are various cultural and archaeological attractions in the area, and a visit to the charming villages of Anogia e Zoniana is a must. They are located on the northern edge of monte Psiloritis,

at a height of 750 m and numerous hiking paths and trails are on offer in the area. Anogia is famous as the village and birthplace of legendary Il cantante greco Nikos Xylouris. In Zoniana, we also find the Potamianos Waxworks Museum.