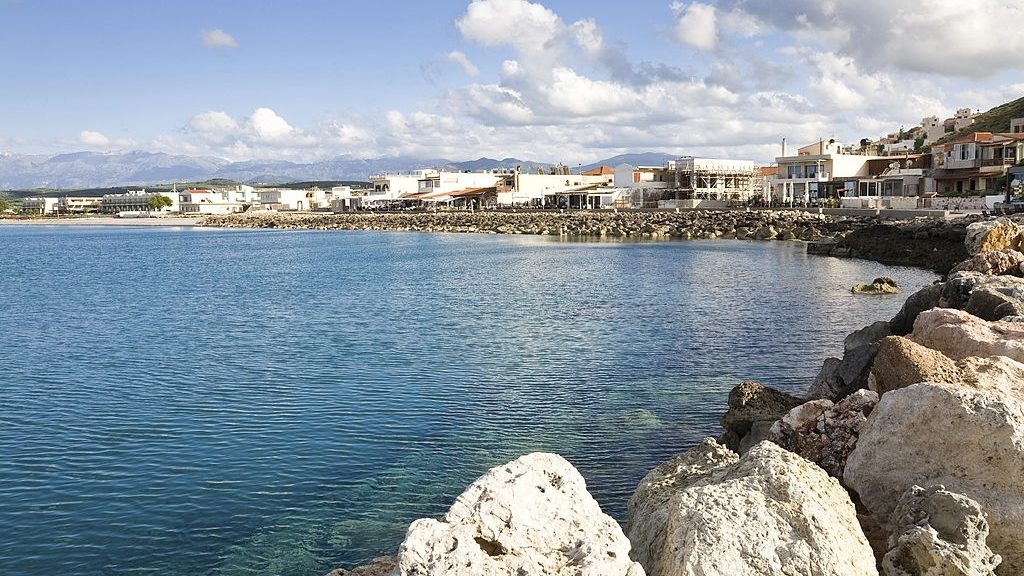 This route begins in Kolimbari and ends up at Paleocora, one of the most beautiful coastal towns of Crete. Paleocora is an ideal base for your excursions to southwestern Crete or a place to simply relax and enjoy the holidays. The picturesque coastal settlement of Kolimbari is located at the western end of the bay of Chania; at a short distance south of it, there is the Monastery of Panagia Hodegetria Gonia. It is one of the largest and best-preserved monasteri di Creta with a fortress-like structure that treasures numerous icons and manuscripts.

From this point forward, the incline becomes steeper and the road climbs up the verdant mountainside, directly above the small yet impressive gorge of Mesavlia. From here on we enter the area of Kandanos, and after a few kilometres we reach the historical Kandanos village. Built on a plateau with age-old olive trees, Kandanos flourished during the Byzantine years, a fact indicated by the numerous Byzantine churches which are to be found in the area. The village, however, was destroyed during Seconda guerra mondiale dal Germans, in retaliation for the armed resistance activity of the residents. 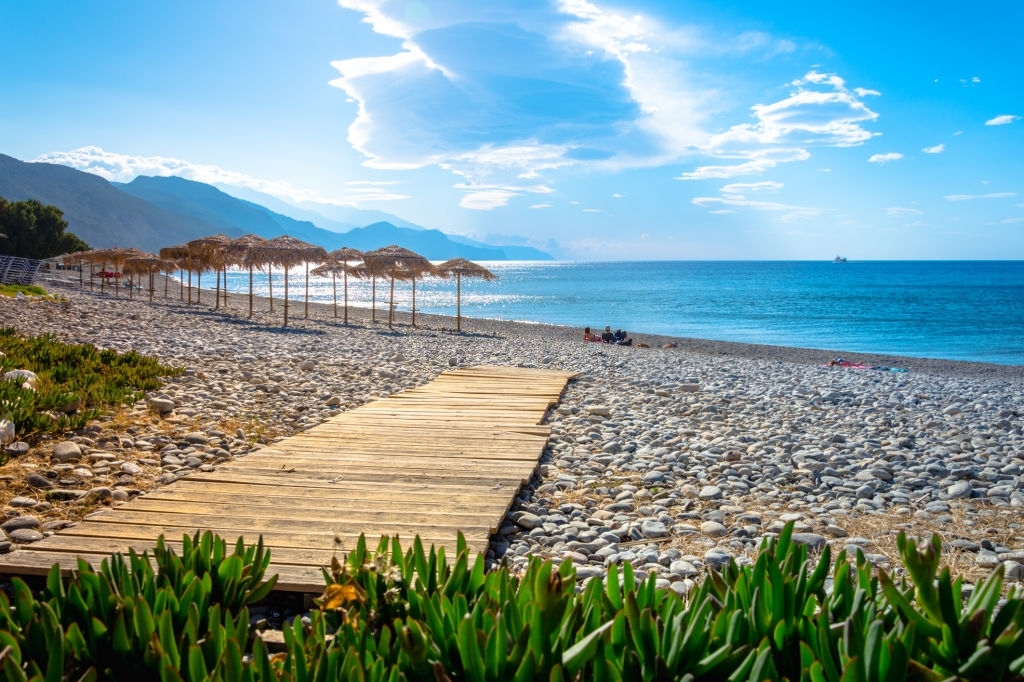 Next, we continue heading south, along the valley which leads to Paleocora, one of the most beautiful coastal towns of the island. Ancient Kalamydi was probably situated where the Venetian castle can be seen today; its ruins dominate the scenery of the rocky hill south of the town.

Paleocora is an ideal base to explore the surrounding area, from Elafonisi alla Gola di Samaria, where numerous historical and natural monuments are to be seen. It can serve as a starting point for excursions by car or by motorcycle, as well as for hiking on the E4 European long-distance trail, and for boat trips that link Paleocora con Sougia, Agia Roumeli, Loutro, Chora Sfakion, Elafonisi e l'isola di Gavdos.

Nevertheless, there are also several places of outstanding natural and ecological interest in Paleocora. You can explore unique ecosystems such as the coastal area of Koundoura which is known for its cedars and the fantastic colours of its water. Equally beautiful is the fine pebble beach of Krios which is located west of Paleocora; its waters are crystal-clear, and it is partially organized.

Following the road that passes by a campsite, east of the town, you will reach two other secluded beaches. Anidrous beach, which has coarse sand and turquoise waters, and Gialiskari beach right next to it, where a thin spit of land reaching into the sea creates two beautiful beaches. You can also go to Gialiskari (also known as Gianiskari or Dialiskari) attraverso il gorge of Anidri. The walk down the gorge is quite pleasant and takes less than one hour to complete; it crosses through gentle mountain slopes, olive groves and orchards.