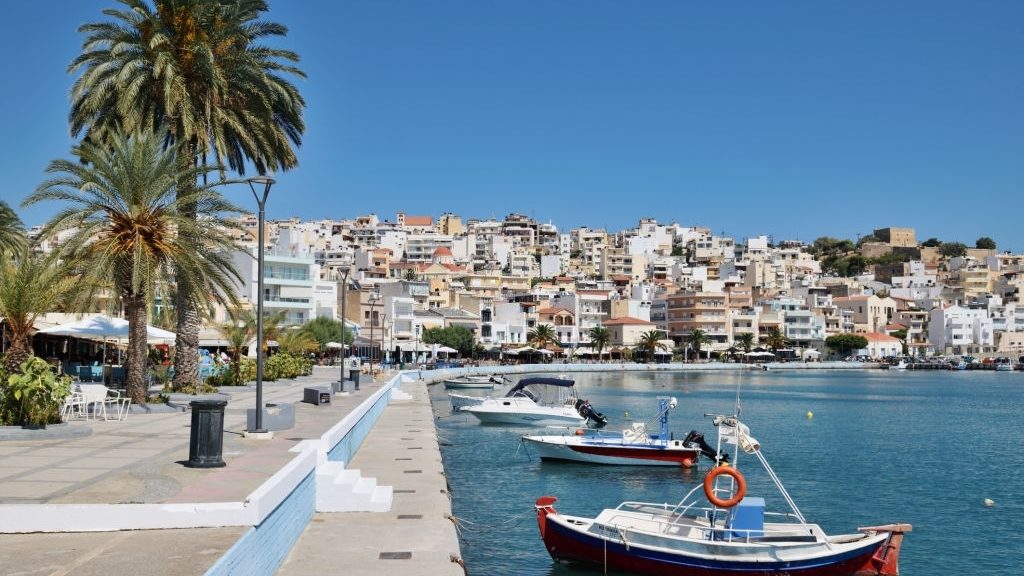 This route passes through the most beautiful landscapes of eastern Creta, breathtaking beaches, notable archaeological sites and one of the most well-known monasteries of Crete.

In order to visit all these sights, it is advisable to divide the route into different parts. The region of Sitia seems quite different from the rest of Creta, given its characteristic off-the-beaten-track quality. According to archaeologists, Sit?a once was ?the ancient gate to the Orient?. It is believed that all the great, ancient civilizations of the Eastern Mediterranean came together and interacted with one another at the Minoan ports of Zakros, Palekastro, Sitia, Mochlos, e Ps?ra. These were thought to be the most ancient intercultural ?meeting points? of Minoan Creta. As for the modern town of Sitia, with its Venetian fortress Kazarma (derived from the Italian ?Casa di arma? = House of weapons), it is built on the shore of a calm bay, overlooking a beautiful beach.

Setting off from Sitia we follow the road which leads south, passing through the gentle scenery of a fertile valley until we reach Epano Episkopi. Here we turn eastwards, cross the valley and drive up to visit the ruins of ancient Praisos. We continue to the village of Handras, and from there we can visit the abandoned settlement of Etia, with the famous Venetian Venetian Villa dei Mezzo, which is considered perhaps the most significant private house of the Cretan countryside of the Venetian era. We can also visit the abandoned medieval settlement of Voilà, where the ruins of a Venetian tower can still be seen today.

Da Handras we follow the road to Ziros, where we can make a stop to see the Byzantine icons in the churches of Ag?a Paraskevi, Agios Georgios e Agios Nikolaos. We then cross a little plateau with age-old vineyards, and the road soon continues downhill, offering a breathtaking open view to the blue sea and shore of Xerokambos. The road snakes down, twisting and turning through an almost bare landscape, where only garrigue vegetation grows. Alternatively, we can hike down to Xerokambos, passing through the fairly easy gorge of Hametoulo which is 3 km long and is almost parallel to the road. Its entrance is located a little north from the almost deserted settlement of Hametoulo. The stunning sandy (or frequently clayey) beaches of Xerokambos, have crystal-clear waters and are well-known sand lily (Pancratium maritimum) habitats; these flowers, which grow in the sand, are represented on Minoan pottery and frescoes. There is also an important wetland area where migrating birds rest. In Xerokambos, which can be an ideal destination for relaxed family holidays, there are rooms for rent and tavernas. Leaving Xerokambos, we continue northwards following the road towards Zakros, where small valleys and gorges dominate the scenery. The most impressive of these is the Gola dei morti (Faràngi ton nekrón), which links Zakros con Kato Zakros. 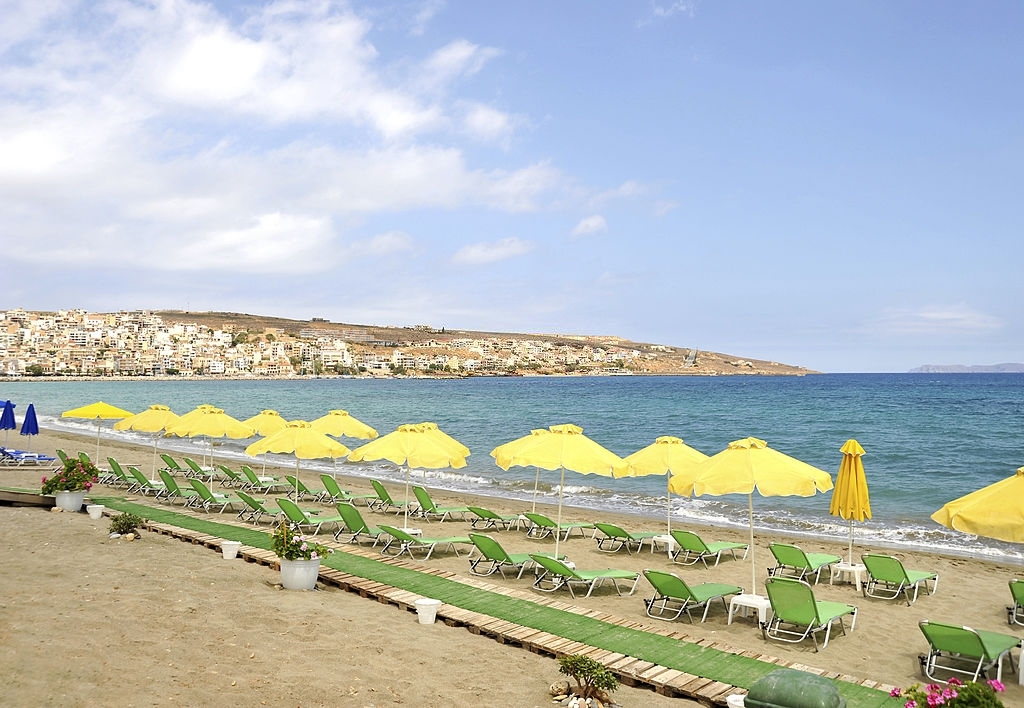 Kato Zakros is a little fishing village with a beautiful and calm beach, a location ideal for relaxing holidays. The fourth Minoan palace of Crete was unearthed here. It was the only one which was found unplundered. It is smaller than the rest but has the same basic architectural layout. The E4 Sentiero europeo a lunga percorrenza ends up at the Gorge of the Dead (also known as Gola di Zakros). It owes its name to the numerous Minoan graves which were found in caves on its walls. Walking through the gorge is fairly easy. And for those who enjoy rock climbing, there are plenty of routes to be found a little before its outlet. The cave of Pelekita is located 5 km from Kato Zakros. It is 310 metres long and ends up at a little pool. Human skeletons and traces of habitation from the Neolithic era have been found in it. As for Spiliara, a sacred cave of the Minoici, it is located north of the plain of Kato Zakros. In order to reach Palekasto da Zakros, we follow a road which passes through a gentle hilly countryside with traditional agricultural villages. The main feature of the landscape in the Palekasto region is a flat plain that opens up towards the beautiful beaches of Kouremenos and Hiona. The latter is famous for its fresh fish tavernas, and the ruins of the Minoan town-port the location of Roussolakos. Kouremenos beach, located very close to Hiona, is a spot favourite with windsurfers, owing to the strong northwest winds that the beach is exposed to. Kouremenos is also ideal for snorkelling, as it is known for its underwater beauty.

Travelling further northwards, we arrive at the unique palm beach of Vai. This is one of the most famous locations of Creta that unfortunately suffered for its popularity and is now a protected area. The forest is composed of the endemic species Phoenix theophrastii (Cretan date palm). It covers 200.000 square metres and is considered unique in size both in Greece and the whole of Europe. This palm forest was created, and still survives today, thanks to the dry, warm climate and the existence of underground water. Those who prefer unorganised beaches should visit Erimoupoli, next to the ruins of antico Itanos.

On your way back to Sitia, you can visit the historical Monastero di Toplou, which dominates the bare scenery with its fortress-like architecture. Toplou which is also known as the Monastery of Panag?a Akrotiriani (Our Lady of the Cape), flourished during the 15th century. In spite of the looting it suffered from pirates and other enemies, it continued to be one of the most important religious centres of Creta by the 18th century. The icons and ecclesiastical art of the monastery found in the museum are well worth visiting. Here, one has the opportunity to see a few of the most notable icons that are to be found in Crete: among others, that of Agia Anastasia, and ?Mégas ei Kýrie? (= Great are thou, o Lord), painted in 1770 by Ioannis Kornaros.