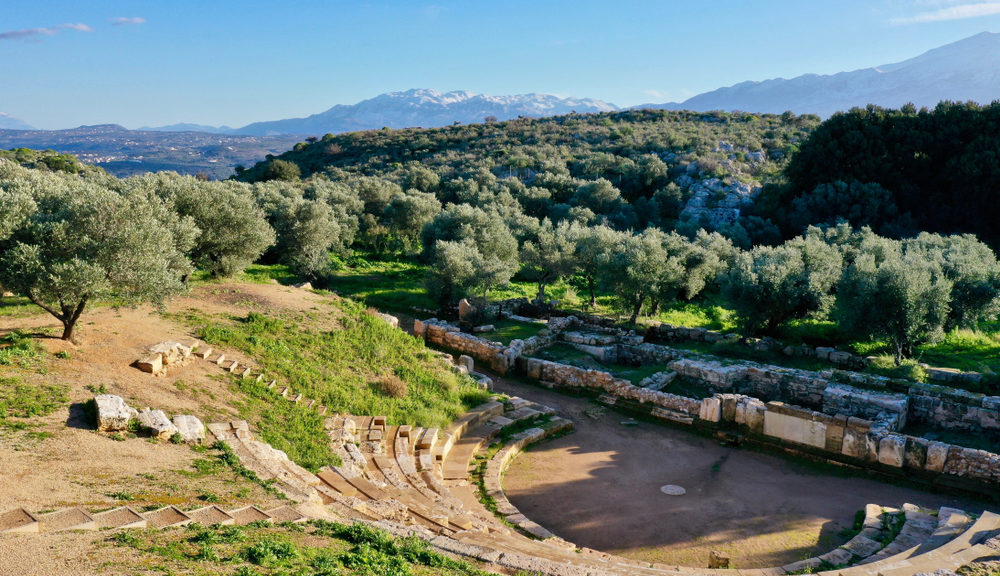 Antica Praisos was a major city of the Eteocretani (= ?true? or ?original? Cretans, the descendants of the Minoici), and one of the most important urban centres of Creta orientale. It was located in the area between Kalamafki e Pandelis, the two branches of the present-day river Stomio (ancient Didymos).

Praisos was built on three hills and was surrounded by strong walls. Remnants of these walls can be seen today at various places, including the north-east area on the tallest of the three acropolises. This is also where the headquarters of the city council were found.

On the lowest of the three hills, just outside the city walls, there was an altar-sanctuary and a sacred cave (location of Skoles). The area was probably occupied since the Neolithic age. Neolithic pottery and Minoan Kamares Ware vessels were found in the cave at Skoles, where the rivers Kalamafki e Pandelis meet. 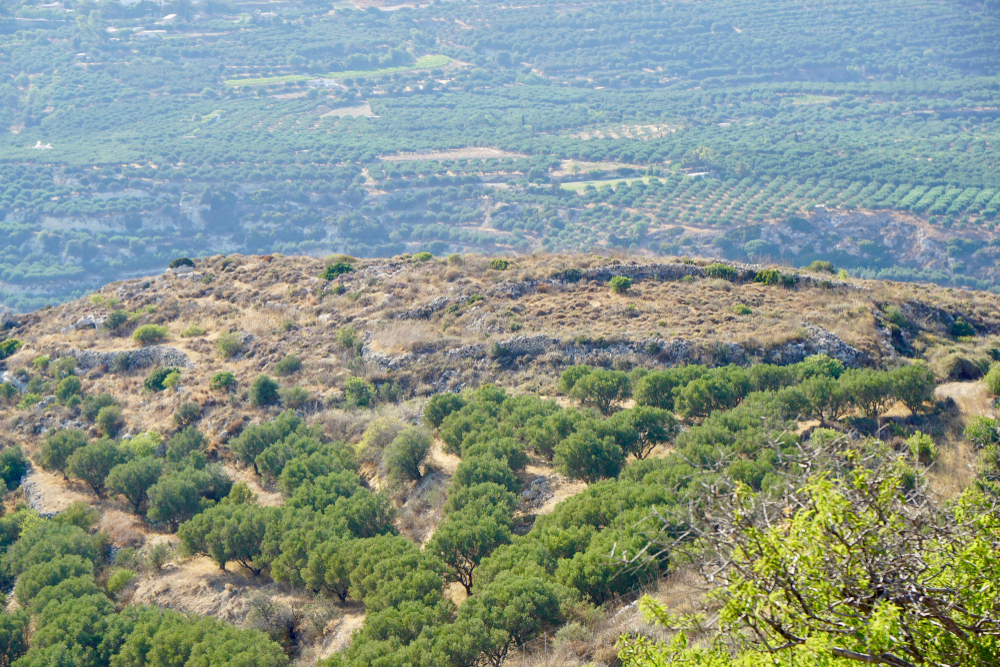 Dopo Creta was taken by the Dorians, in the 12th century BC, the Eteocretani, who were believed to be the original Cretans, retreated to the eastern part of the island, where they preserved their genuine Minoan character, their language, their religion and the worship of Dictaean Zeus. Praisos is located in the centre of the Sitia peninsula and had two ports at the time. The first Itia (current Sitia) on the northern shore of the Cretan Sea, and Stiles on the Southern Cretan Sea (Mar Libico). Stiles is also mentioned as a port of Praisos in a decree of the Praisians. It dates back to the Macedonian years and discusses fishing, the trade of Murex shells which yielded the precious purple-dye and the hiring of the fleet of Stiles for trading purposes.

The territory of Praisos occupied the whole of the peninsula of Sitia (which was then called the Eteocretan peninsula or peninsula of the Praisians), excluding the area of Itanos. The people of Gerapietra, who were of Dorico origin, eventually won the long war with the Eteocretani di Praisos, and destroyed their city. The first Eteocretan inscription to be discovered and a large number of clay figurines were unearthed at Praisos by Federico Halbherr, in 1884. Excavations conducted by the British School of Archaeology proved that Praisos was actually a city of the historical (Hellenic) years. The previous version of Praisos, the town of the Eteocratans, which was mentioned by Strabo, stood not far from the ruins that can be seen today. The last descendants of the Eteocretani e Dorian settlers built the new city, after the 12th century BC when old Praisos was destroyed.

Praisos of the Geometric years had a democratic political system and was governed by the kosmoi (the rulers of the Doric city-states in Creta), the Senate and the Ecclesia (= a political body, consisting of all male citizens). Being an autonomous city, it minted its own currency; many of its coins have been identified today, and most of them bear representations of Heracles, Zeus, Apollo e Demeter, as well as the inscription ???????? (PRAISION). 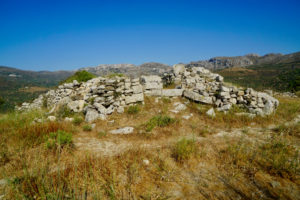 The tomb of a Praisian athlete, who was buried together with his treasures, was uncovered in 1935 on top of one of the acropolises of Praisos. The most noteworthy of these artefacts are two decorated Athenian amphorae dating back to 560-500 BC. It seems that the athlete had taken part in the Panathenaic Games, and returned home victoriously.

All phases of Hellenic history have left their mark on Praisos; from the Neolithic Age, the Miceneo era, the Geometric e il Ellenistico years, to the Veneziano period. In the nearby village of Vaveli, two Turkish fountains can also be seen today.