This is a route for those who wish to get to know the historical Idi (Psiloritis) massif. Here, according to Mitologia greca, il Il dio dell'Olimpo Zeus was born. During this route, you will discover the most significant settlements and areas of historical and archaeological interest and explore stunning landscapes, and sites of ancient civilizations. In the Psilorite massif area, there are several villages which have been living in more or less the same way for thousands of years now. They lead a simple, pastoral life, in close contact with nature and what the earth provides around them. Starting from the village of Panormo, we can see a large basilica of the 6th century, which was brought to light by an archaeological excavation; the basilica was most likely destroyed by the Saracens. We can also take a short detour to Melidoni, to visit the historical cave of Melidoni, noto anche come Gerontospilios.

In antiquity, it was a place of worship, while during the years of the Occupazione ottomana, the cave was used as a refuge for the Cretan revolutionaries. A charnel house can be seen in the main chamber of the cave; it holds the bones of women, children and warriors who died here of asphyxiation in January 1824, when the Turks attacked the cave, blocked its entrance and set fire at the opening of the ceiling. We set off from Panormo and after the village of Garazo, which is located on the northern slope of the mountain, drive through the valley of Kato Milopotamos. We then reach the Diskouri Monastery (Mon? Diskour?ou) which, according to tradition, was founded in the years of Constantine the Great, on the site of an ancient altar dedicated to the Dioskouroi. From here onwards we follow a route that leads to the heart of Psilorite.

This is a complex landscape and includes many important ecosystems, and habitats of rare species of flora e fauna, such as the Cretan wildcat (Felis silvestris cretensis). The highest summits are covered in snow from autumn to early summer. On the south and the south-west slopes of the mountain range, there are many gorges, caves and caverns. The rugged beauty of the landscape reveals itself even more as the altitude increases. We make our first stop in the mountainous Milopotamos area at the village of Axos, which is amphitheatrically built at an altitude of 500 metres. A verdant valley with olive groves, vineyards and orchards stretches out below the village. In the area, one can see the tholos tombs that local people call Linospita (o Ellinospita) and the citadel of ancient Oaxos, on a steep hill that rises above the village. The palace of the ancient town, a temple of Zeus (or of Apollo) and a few other rooms used to be up there. In addition, a temple dedicated to Aphrodite was discovered below the citadel, north-east of it. 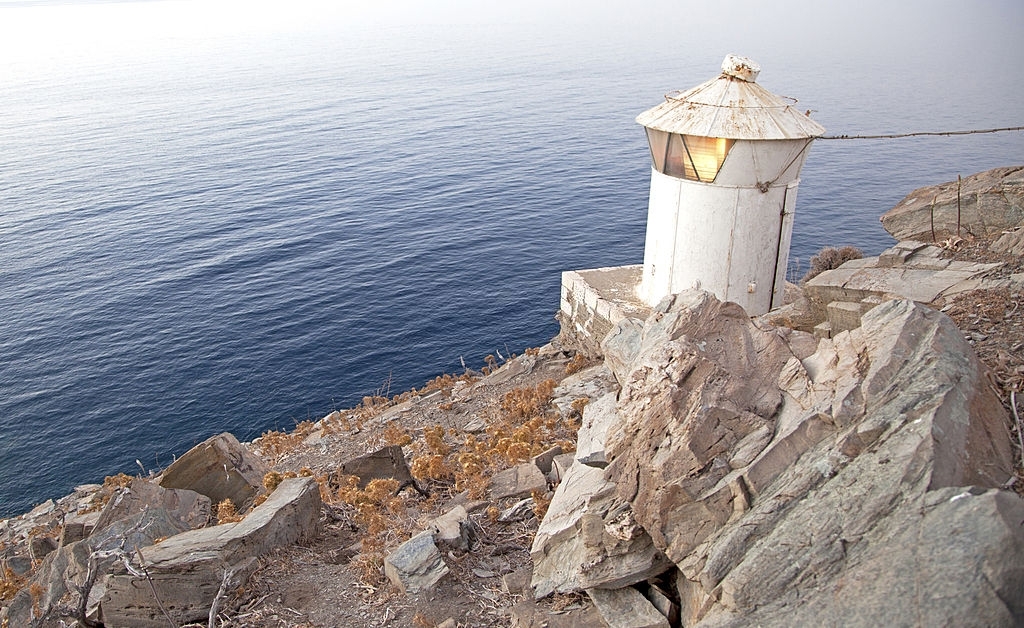 Next, we travel uphill in a southerly direction, in order to visit the cave of Sfendoni a Zoniana. It is one of the most beautiful and largest caves of Creta that are open to visitors. A guided tour is available, so you can learn more about the area. Its chambers have rich, impressive designs and are full of stalactites and stalagmites; a truly spectacular sight. Setting off from Zoniana we can also visit, and even pass through, the gola di Zoniana, which is full of deciduous oaks and is well-known for its stunning geological formations. As for the village of Zoniana itself, it is worth a visit at the end of July, on the Shepherd and Cheese Festival day. This is when a big feast is organized in the village square and visitors have the chance to taste local cheeses, as well as other local products, as well as ”antikristo”. This is a delicacy that consists of lamb cut in large pieces, threaded on special spits and allowed to roast slowly next to an open fire, for hours.

Dopo Zoniana we return to the main road and continue to Anogia, a village with great musical and artistic tradition, and place of origin of significant personalities of contemporary Cretan culture, such as the late musician Nikos Xylouris, his brother Psarantonis, Vassilis Skoulas and others. The village also played an important role in the Resistance against the German Occupation, and it paid dearly for it. Disaster struck when the German General Kreipe was kidnapped and sent off to Africa, in August 1944. Then came the order that Anogia was to be utterly destroyed because guerrilla captains from the village took part in the abduction, and the kidnappers were actually stationed in Anogia. That was the third time that the village was destroyed, once in 1822, 1867 and 1944. In Anogia you can visit the family house of Nikos Xylouris which functions as a museum. You may also want to make a stop at one of the traditional coffee shops (cafen?a) in the village square, to taste the famous galaktoboureko (a sweet delicacy with filo pastry and cream). There are also many tavernas where one can taste local specialities such as ofto arni (lamb roast on the spit), sizouma makaronia (pasta cooked in meat broth) and the famous dairy products of the region.

Next, we follow the road which goes uphill south of the village and we reach the area of Zominthos. This is a small mountain valley of exceptional natural beauty, which has recently been turned into an archaeological park. West of the famous water spring of Zominthos, a Minoan settlement has been unearthed which, researchers believe, was an important financial and religious centre of the Minoans. Excavations have revealed a large two-storey building which had approximately 80 rooms. We next continue southwards, travelling through the area of Agios Mamas, where the chapel of Agios Mamas, the saint of shepherds, can be seen.

Soon, we reach Petradolakia. From this point, we can take a side road and ascend to the summit of Skinakas, dove il Observatory of Sk?nakas is located. From the peak, one can gaze at the bleak and bare, almost lunar, landscape. Weather-beaten rocks in all shapes and sizes create a natural setting of rare beauty. We return to Petradolakia and continue in a south-westerly direction; a few hundred metres ahead, the plateau of Nida comes into view. This totally flat plateau, which is situated in the centre of Psilorite, is covered by a weed named nevrida (P?lygonum idaeum). N?da is a rich stockbreeding area, where one can see mitata, the characteristic shepherds? huts, scattered everywhere. At the western side of the plateau, we find Idaeon Andron. This was the holy cave of the Minoans and the place where, according to mythology, Zeus, father of the gods of ancient Greece, was born and raised. The cave acquired great fame throughout the ancient Greek world, due to the purification and initiation rituals that took place there, attracting great numbers of worshippers.