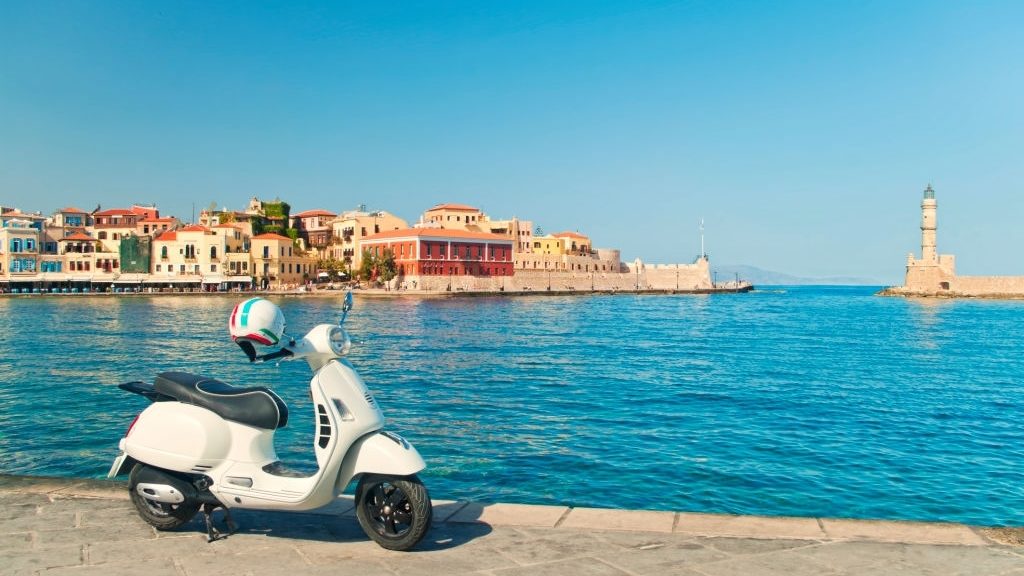 The route between Kasteli e Falassarna connects some of the most beautiful beaches of western Crete and reveals unique ecosystems and picturesque villages to the visitor.

We begin at Kasteli, the westernmost town of the island, and follow the road that leads to Topolia. A little to the south of the village and somewhat lower than the road level, the entrance to the gola di Topolia, which is worth a visit, can be seen. The landscape is quite rugged and the stream bed full of vegetation; however, passing through the gorge is not particularly difficult, and requires approximately one hour. We continue southwards and after a few kilometres, we enter a large valley where the ?kastanokhoria? (chestnut producing villages) of the Municipality of Inakhori are situated. 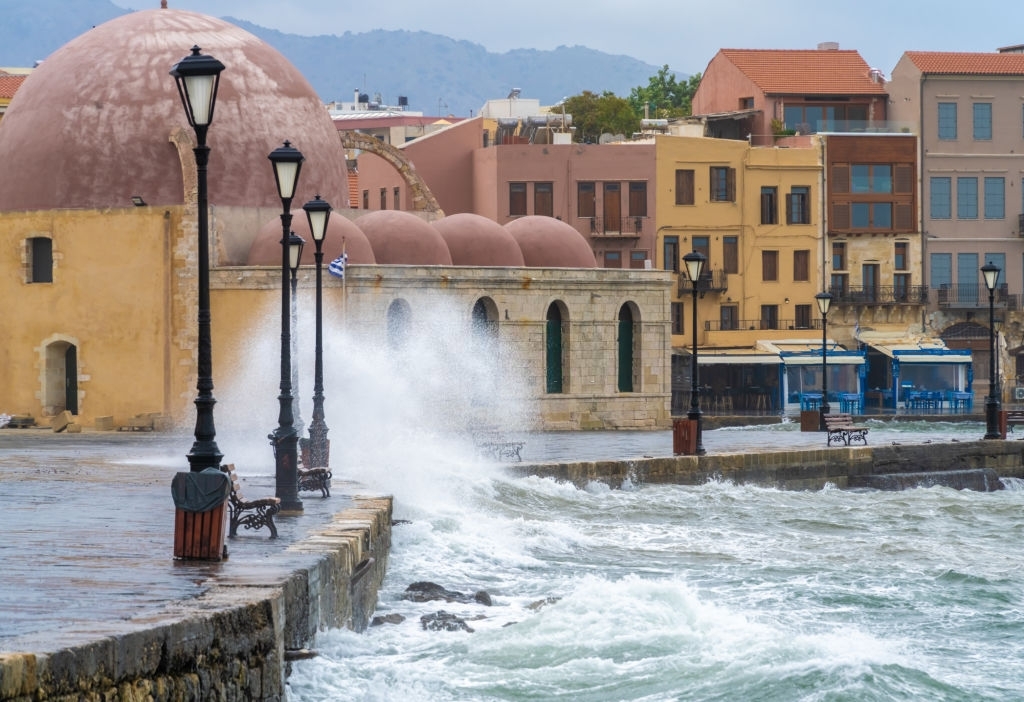 At this point, we can make a detour to the right, following the uphill road towards the old, restored village of Milia, which gives us a good idea of the earlier morphology of the little agricultural settlements of the region. The village of Milia offers accommodation and catering facilities to visitors. Driving along the road which leads into the valley we reach Elos, a village built in a verdant landscape with chestnut trees, plane trees and many fruit orchards. It is worth stopping at one of the tavernas at the village centre, for a coffee or a meal below the plane trees. Leaving Elos behind, the road continues uphill until a point where it reaches a characteristic small saddle; from there on we drive in a southerly direction. The view over the plain of Chrisoskalitissa si apre davanti a noi.

We continue downhill now into the valley, through a landscape full of plane trees, large olive trees and orchards. After a little while, we reach Kefali, from where we take the road that leads south, towards Stamio baia.

Il Monastery of Chryssoskalitissa, which is dedicated to the Dormizione della Vergine and to the Santissima Trinità, is built on a rocky elevation and offers an impressive panoramic view. The church that we see today was built in 1894 and the icon of the Dormizione della Vergine is believed to be of the 10th century. According to local tradition, the church has a golden step that is part of the stairway that ascends to the monastery, which cannot only be seen by truly devout Christians.

Next, we continue southwards, passing through the plain and come to the south-westernmost point of Creta, where Elafonissi, one of the most spectacular locations of the island, is to be found. Elafonissi is an island that one can reach by walking through the lagoon since the water is especially shallow and less than a metre deep. The white sand dunes that cover the biggest part of the island and the beautiful beaches with turquoise waters create an amazing location that is also a protected ecosystem. On the rocky western part of the island a lighthouse can be seen, as well as the communal burial site of the victims of the Austrian ship ?Imperatrice? which sank here in 1907. It is also believed that a sanctuary of the god Apollo used to be here. Also, a massive massacre of revolutionaries, including a large number of women and children, who had taken refuge in Elafon?ssi, took place here by the Turks, in 1824.

Today the area of Elafonissi, including the island and surrounding lagoon, makes up a protected area of outstanding natural beauty. At the peak of the tourist season, the place is packed with sunbeds and swimmers; however, you can always find a more private spot if you are willing to walk further down the beach. A little to the east of Elafonissi, one of the few cedar forests of Crete is to be found at the magnificent Kedrodasos beach. There are no facilities in the area, and the beach can be accessed by car only up to a certain point and then on foot; it is a relatively brief hike.

Da Elafonissi, you will slowly make your way up north again passing by Sfinari and stopping for a swim in Falassarna. First, we follow the road westwards as far as the village of Kefali. This road passes along a hillside and offers a distant view of the sea, as far as the village of Kampos. The route also passes through the village of Berbathiana, place of origin of the family of the great Greek composer Mikis Theodorakis. Near Kampos there is a small gorge, in which the chapel of Santa Caterina (Agia Ekaterini) is to be found. This gorge ends up at the beautiful, secluded Platanakia beach which takes approximately two hours to complete. The route continues northwards and after a few kilometres leads to the coastal settlement of Sfinari. Along the route, we have the chance to swim in the waters of Sfinari beach or a little further on, at the solitary bay of Kokkina Gremna with its deep, clear waters. 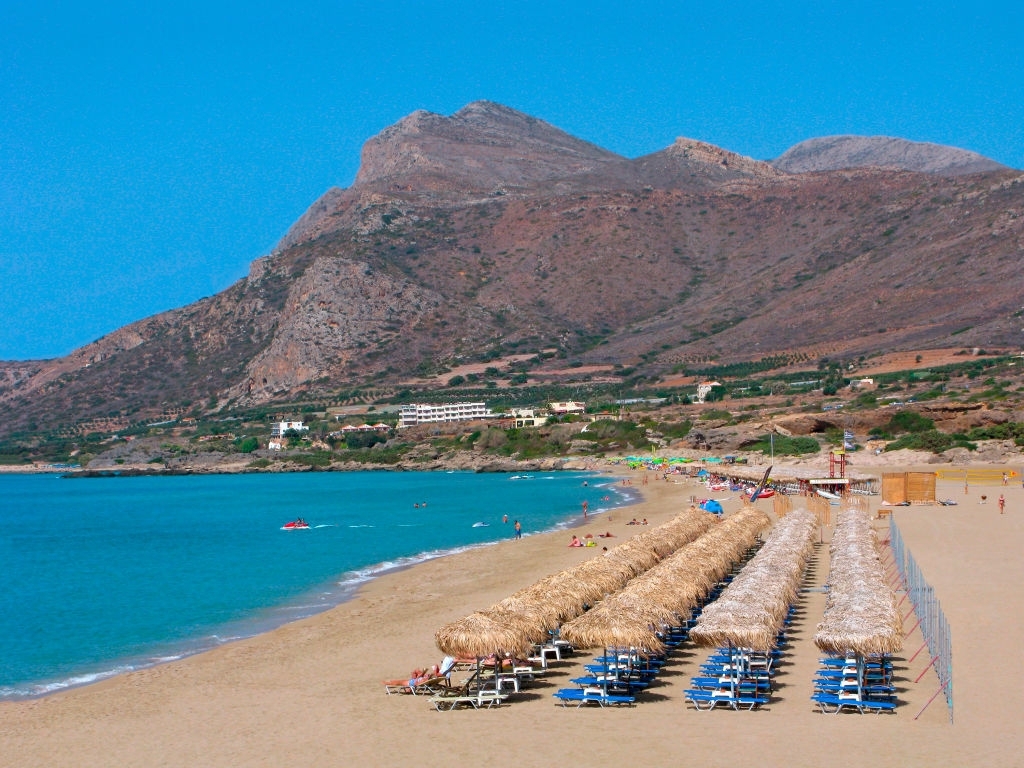 The fishing settlement of Sfinari is worth a visit for yet another reason, its fresh fish. Leaving Sfinari behind us, we continue northwards. From Platanos village we can visit Falassarna to enjoy a spectacular sunset at one of the most famous spiagge di Creta, or swim in the crystal-clear waters and pale sand. While a long route, requiring that you drive up and down the hills of the region several times, it will reward you with its sights and beauty. The landscape, the panoramic views at the west, towards the sea, as well as the sunset in your final destination, are all worth it!