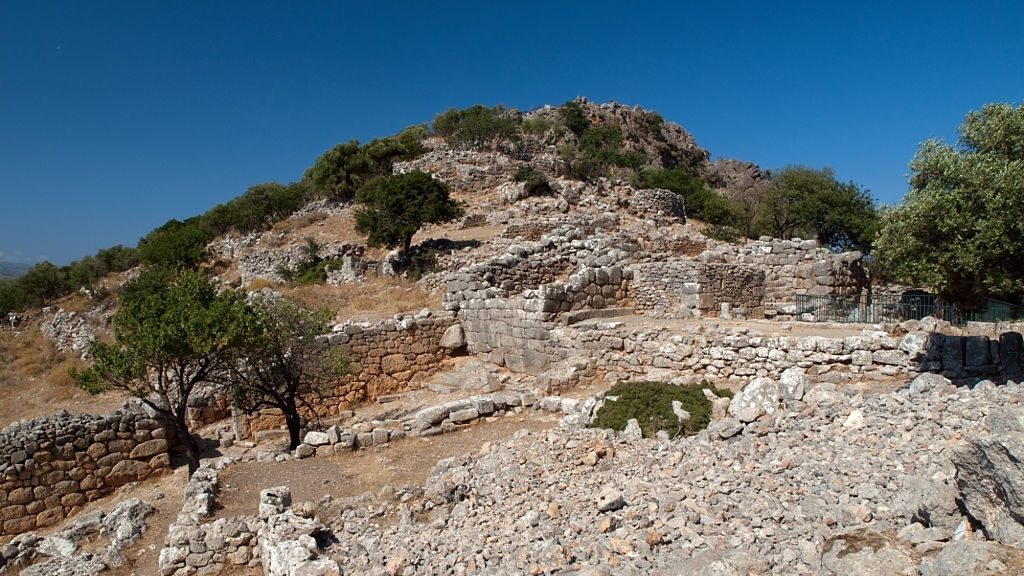 Lato was one of the most important Dorian city-states of Crete; its port was at Kamara, on the site of the present-day town of Agios Nikolaos.

It was built on a mountainous area, 3 kilometres north of the village of Kritsa, at the north-east foot of Monte Dikti. The privileged, naturally fortified location was considered ideal since it facilitated the control of the pass from Central to Eastern Crete, the whole surrounding area and a large part of the bay of Mirabello. The territory of Lato included the current areas of Agios Nikolaos, Kritsa, Altopiano del Katharo, Kalo Chorio e Prina. Around the city, you could find the smaller settlements, cemeteries and fortresses built to control and serve the area.

Il nome Lato is most likely related to the goddess Leto who, according to the myth, gave birth to Apollo e Artemis. Lato also worshipped the goddess Eilezia and the god Hermes. It is also worth mentioning that Nearchos, an admiral in the service of Alexander the Great, originated from Lato.

From the 3rd century BC onward, the seaport of Lato progressively became more and more powerful and, due to the increase in trade, the city higher on the hill was gradually abandoned. In the 2nd century BC, Lato invaded the neighbouring town of Istron (moderno Kalo Chorio), and also fought with Gerapietra e Olous (modern Elounda), securing its boundaries. I was invaded, however, by the Romans soon after, the presence of whom does not appear to have been very strong.

The archaeological site is quite remarkable and is considered one of the best-preserved urban areas from the Classical and the Hellenistic period in Greece. Lato was built on terraces, and it featured an agora, a prytaneum (prytane?on = government house), a few temples and a theatre.

From the site, a large part of the city, including the city centre and the agora have been unearthed. The city walls are also visible and survived largely intact, despite their impressive height. In tempi antichi, sturdy towers would have been present between them. 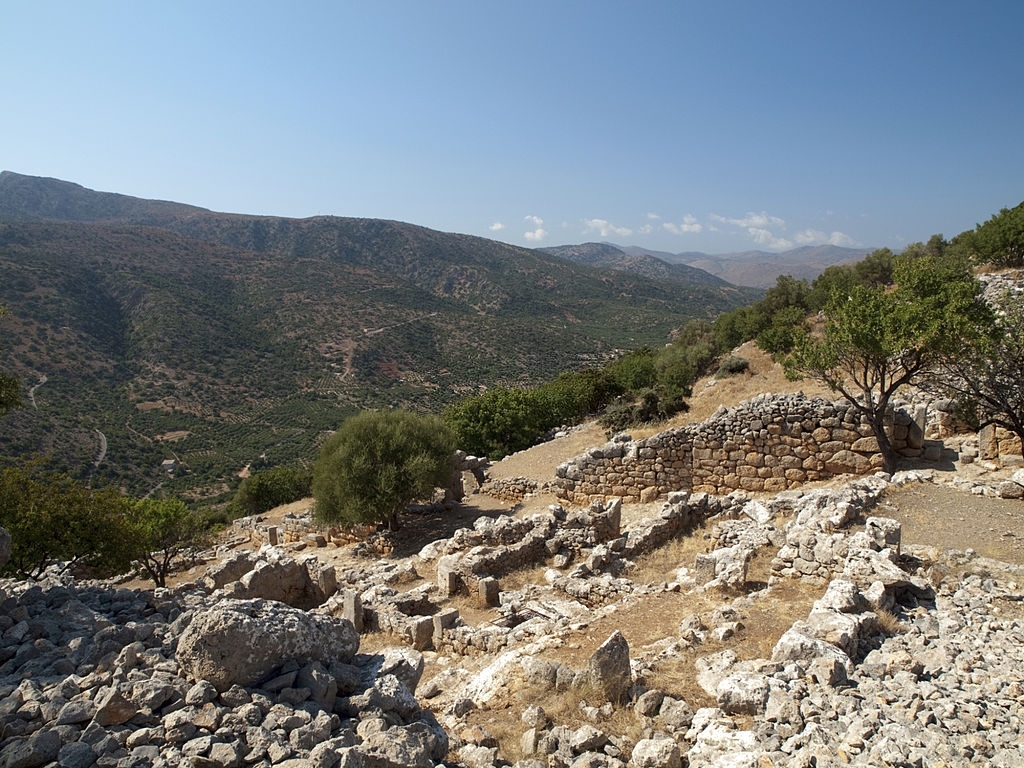 Lato is accessed from its western side, where the city gate was also positioned during those times. The gate could also be closed, just like in walled Medieval cities. After the gate, an uphill road began which passed through the commercial and workshop district and ended up at a pentagon-shaped plateau, where the agora was located.

A temple was present at the centre of this area, as well as a large water cistern, the roof of which was supported by two Dorico columns. The city was supplied with water via these water reservoirs, which were to be found scattered throughout the city. The gigantic steps that can be seen north of the reservoir, were probably used as seats during political or religious gatherings. Behind this area, there is the prytaneum, which is regarded as the most significant building of Lato. There, the nobles of the city (known as kosmoi) used to hold their meetings. South of the agora was the main temple of the city, behind which the base of a cult statue can be seen today. To the east, stood the city theatre, carved into the rock.

Even though the buildings that survive today date back to the 4th and the 3rd century BC, the layout and the architecture of the agora and the other public buildings suggest the continued existence of a thriving, powerful city at least since the Archaic years.

Orari di visita/informazioni
The site is open to the public. Free entry and no ticket necessary.