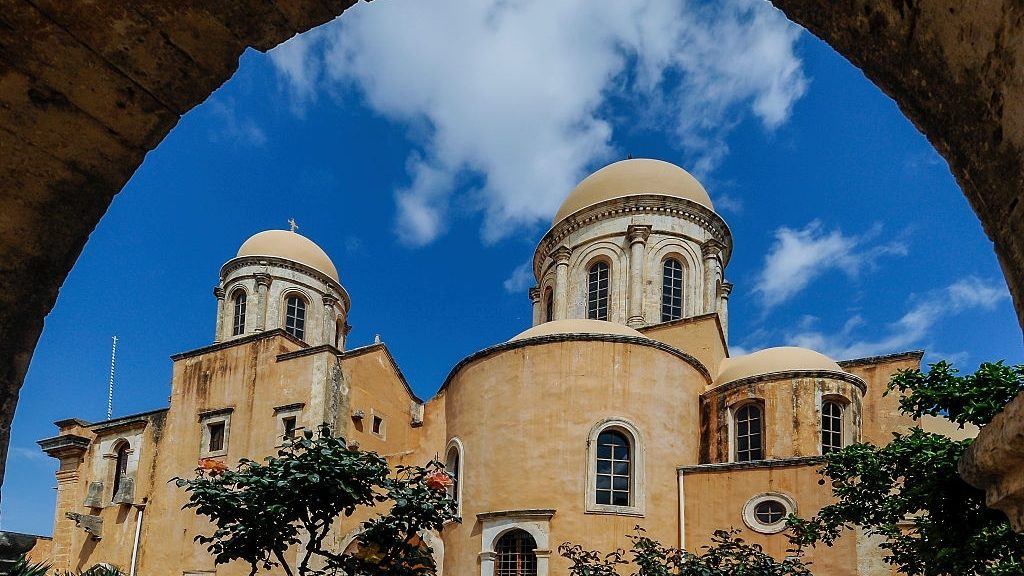 The archaeological site of Agia Triada is one of the most remarkable in Crete. It is located 3 kilometres south of Phaistos, on the edge of the river Geropotamo, in a landscape of exceptional natural beauty.

The location was first inhabited in the Prepalatial period (3300-2000 BC), however, it flourished during the Neopalatial period (1750-1490 BC), when a palace was founded there.

While it was smaller than the other Minoan palace complexes, it was an impressive, luxurious and elegant structure. The so-called Minoan Royal Villa (also known as the little palace) was built circa 1600 BC. Archaeologists believe it was used as a summer residence by the king of Phaistos. There is however another option, that it may have been used as the main palace, together with that of Phaistos, or following its destruction.

After 1400 BC, when the palace complexes of Cnosso e Phaistos were destroyed for the second time, the Royal Villa of Agia Triada suffered the same fate and was utterly destroyed. An impressive Mycenaean type was constructed in its place. In addition, an agora (marketplace, used as a place of assembly) with a long stoa (covered colonnade) was built east of it. There were also various other shops, small houses and assembly halls.

The splendour of the Late Helladic III buildings present, leads to the conclusion that the administrative centre of western Messara must have by that point been transferred to Monastero di Agia Triada. In the Geometric period, the Royal Villa was not used as a residence but probably served as a shrine. This is surmised by the offerings of statuettes and small clay animals that were found on the site. During the Hellenistic years, a small sanctuary, dedicated to Zeus Belchanos, was founded, and the town stretched east of the megaron. 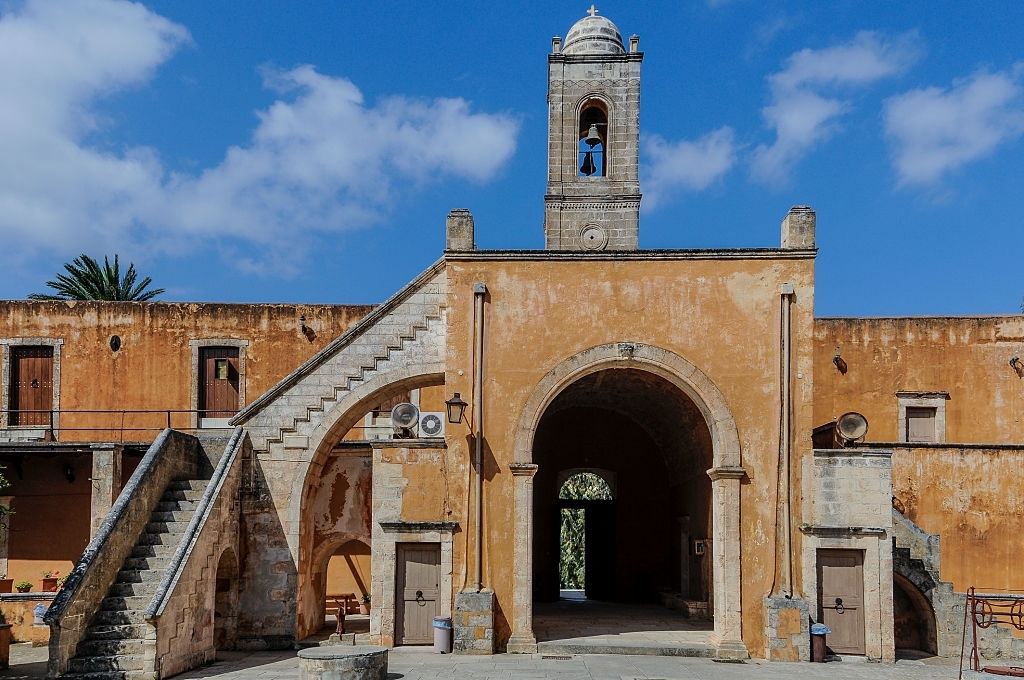 The Minoan palace complex at Agia Triada consisted of two L-shaped wings. It was not as large as those of Phaistos e Cnosso, however, it had all the characteristics of palatial architecture, and it stood out for its luxury and impressive decoration. It featured rooms with pier-and-door partitions (polythyra), stairwells, light wells (air shafts), balconies, paved courtyards, covered colonnaded areas, storeroom complexes and treasuries.

The walls were covered with so many frescoes that their number exceeded all frescoes of Creta minoica counted together.

The archaeological finds from the palace of Agia Triada were numerous and remarkable: ceramics of exceptional craftsmanship and decoration, a very noteworthy archive of Linear B tablets, three stone-carved vases (the so-called Chieftain?s cup, the Boxer vase, the Harvester vase), nine copper ingots, a large number of sealings, and of course the well-known sarcophagus of Agia Triada stand out among them.