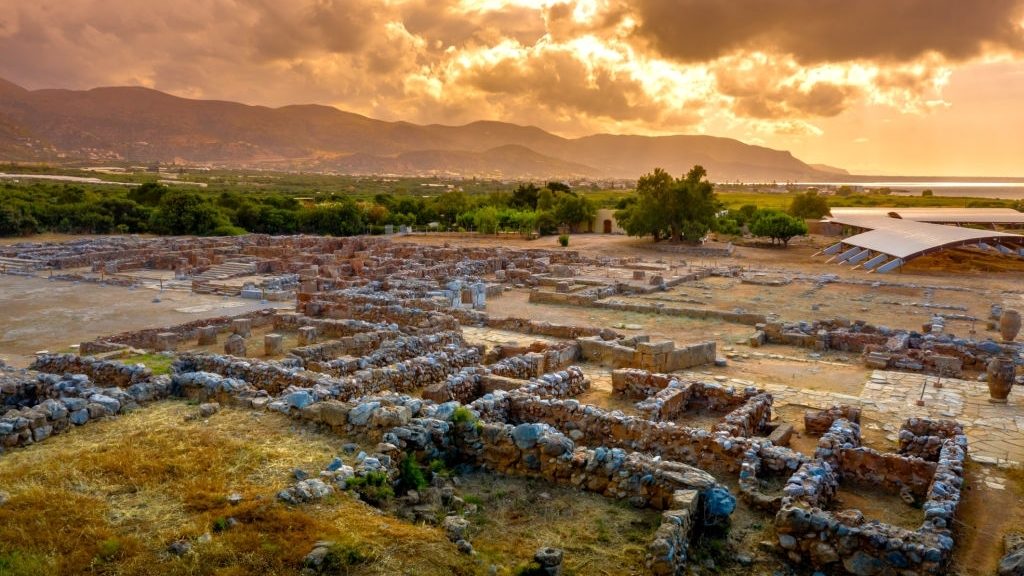 East of the current tourist village of Malia, on a fertile plain by the sea, one can visit the important archaeological site of the third-largest Minoan palace complex. That archaeological site of the Malia Palace is easily reached, just off the main road from Heraklion a Agios Nikolaos. Inhabitation of the area seemingly began in the Neolithic age and continued in the Minoan era. A large settlement had already flourished there in the Prepalaziale period (2500-2000 BC).

The Minoan name of the city and palace complex is not yet known. It is believed that the dynasty of King Sarpedon, who was a brother of Minosse e Rhadamanthus, ruled in the area. Even though it was a really important Minoan centre, the palace of Malia is thought to have had a rather more provincial character and role, compared to the palaces of Cnosso e Phaistos. Since the beginning of the 19th century, local villagers had been coming across various gold artefacts scattered in the area. Some would even dig on purpose, looking for such ancient, valuable items.

Their activity essentially led to the discovery of the great Minoan palace of Malia, since it compelled the archaeologist Iosif Chatzidakis to buy the plot of land that was rich in finds and to begin excavating, in 1915. The procedure was later continued by the French School of Archaeology at Athens. The excavations, which are still carried out today, have brought to light the third-largest Minoan palace complex of Creta, which is similar to those of Cnosso e Phaistos. It is believed that the palace complex of Malia was founded in the Protopalazzo period, circa 2000 BC, at the centre of a flourishing settlement that already existed there. It was destroyed circa 1700 BC and reconstructed circa 1650 BC. Another disaster occurred in 1450 BC, leaving the new palace of Malia, as well as the rest of the Minoan palaces of Crete, in ruins. In the archaeological site of Malia, one can see the best-preserved relics from the Minoan Protopalatial period. 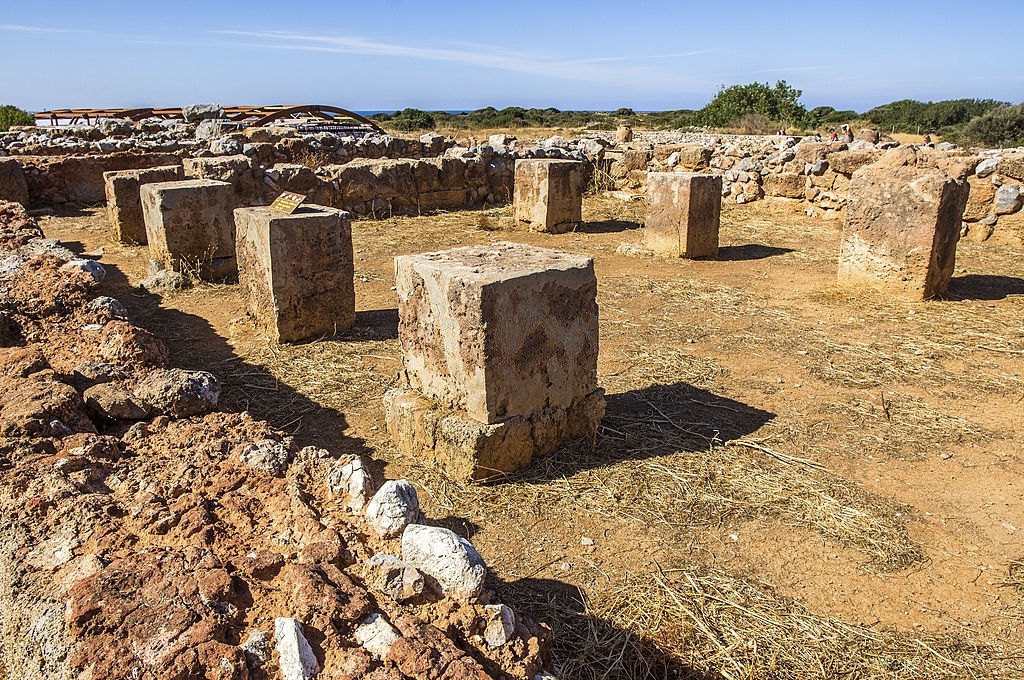 The old palace (2000-1700 BC) is believed to have been larger than the new one (1650-1450 BC). The ruins north of the king?s quarters, the paved road that leads to the sea, and the eastern storerooms, are dated to the second phase of the existence of the palace. The new palace complex covered an area of approximately 9.000 square metres and was constructed with various building materials, which probably gave it a less magnificent appearance, compared to the palaces of Cnosso e Phaistos. A paved courtyard was at the centre of the palace complex, while various buildings were situated around it, forming wings. There were five entrances, the main ones of which were situated on the north side and the south side.

The excavated area of the Prepalaziale period town is also quite extensive. As it has been found, it consisted of coppersmiths? workshops, seal stone workshops and pottery workshops, residences, and others. The town was most likely wealthy already in the Prepalaziale years; its residents worked in agriculture, fishing and trade.