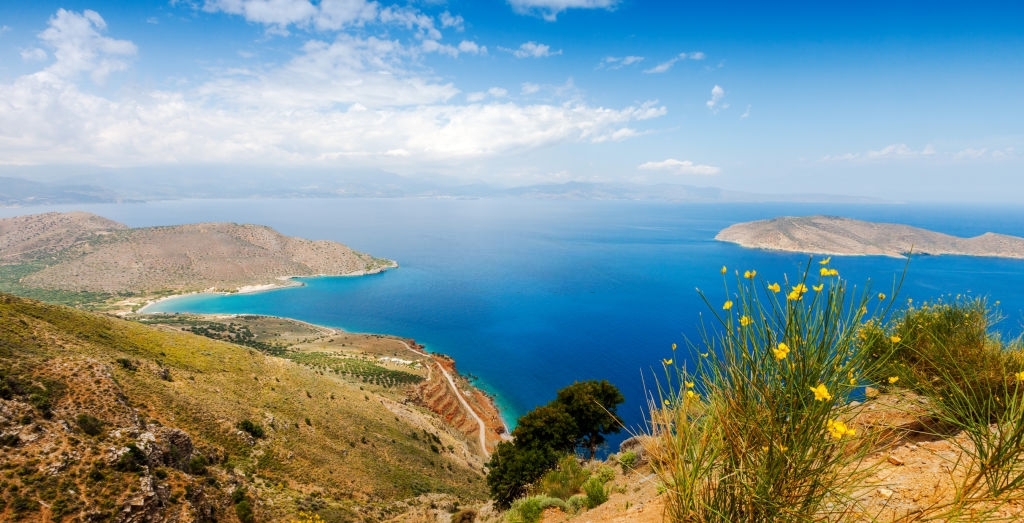 Thripti, noto anche come il Sitia mountains, in the province of Sitia, is the fifth largest mountain range in Crete. The highest peaks are Thrypti/Afenti (1476 m) a ovest e Ornos (1237 m) to the north.

To the east, the massif, occupying essentially the entire eastern portion of Crete, is compact and with low peaks that do not rise above 800 m in height. The most important geomorphological features are on the south and west faces.

The village of the same name is a small and relatively unknown settlement in Eastern Crete, very close to both Ierapetra (20 km) and Agios Nikolaos (40 km) on the northern side. The E4 Sentiero europeo a lunga percorrenza crosses through the village, and the route follows a relatively straight direction east to the village of Orino, meaning ?mountainous? with gorgeous views of the plateau below.

Il selvaggio paesaggio montano è completato dalla vetta di Afentis, the tallest summit that you can climb to at 1475 m. A small mountain shelter is located at the peak next to the church of the Holy Cross but it is often locked due to vandalism. Interested parties can ask in the village of Thripti for the key. People in Thripti traditionally work in agriculture and winemaking. The village is one of the highest elevation points that grow grapes in Crete. 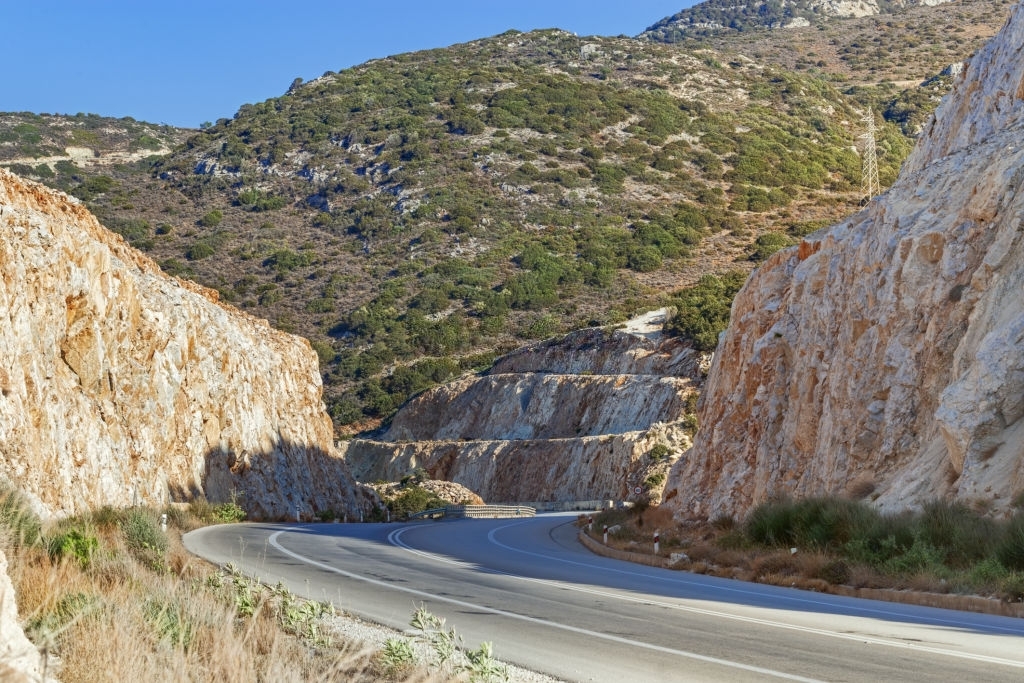 Most of the area is covered in a thick pine forest and the gorges are known to be challenging, wild and suitable only for those with technical equipment and climbing experience. On the western side of Thripti, you will find the Gorge of Ha, one of the most spectacular and difficult to access on the island, recommended only for experienced and well-equipped hikers. It has a depth of more than 1,000 m. The path offers breathtaking views of the surrounding mountain hills, as well as the bay of Mirabello a nord.

In the Thripti mountain range, you will also find the gola della Mesona, which is the continuation of the gola di Havga and is one of the smallest and narrowest in the area, not well suited to amateur hikers. The gola di Havga nearby is equally small and relatively unknown, often confused with the Havgas Gorge in Lassithi or the one in Plaka ad est di Agios Nikolaos. Close to the entrance of Havgas si trova l'insediamento minoico di Azorias which prospered during the Archaic Period and was first excavated in 1900 by Harriet Boyd. This is also where you will find the oldest olive oil tree in Crete, that has been standing there for more than 3225 years. In terms of archaeological attractions, the village of Vassiliki in the eastern part of the Prefettura di Lasithi has taken its name from the nearby archaeological site of Vasiliki. First excavated at the beginning of the 20th century, architects have discovered important examples of Minoan pottery in the area.