This lovely spot is where the old city of Lissos once stood, in a lushly green valley setting on the southern coast of Isola di Creta. In between Sougia e Paleocora, Lissos can be reached on foot through the gorge of Lissos or you can always take a ferry. The beach is also accessible by car, either from Sougia (30 km) o Palaiochora (20 km). The waters of this protected bay are a striking turquoise colour, with small pebbles and rock formations enveloping the bay. The beach is named after the ancient city of Lissos that stood here. From findings, we know it was a wealthy and prosperous city that served as one of the harbours of Elyros. Lissos was the only town in ancient Creta to issue its own gold coinage ? the Lission, which portrayed the heads of the goddess Aphrodite and a dolphin. Most of the findings are exhibited at Musei archeologici di Chania e Heraklion. 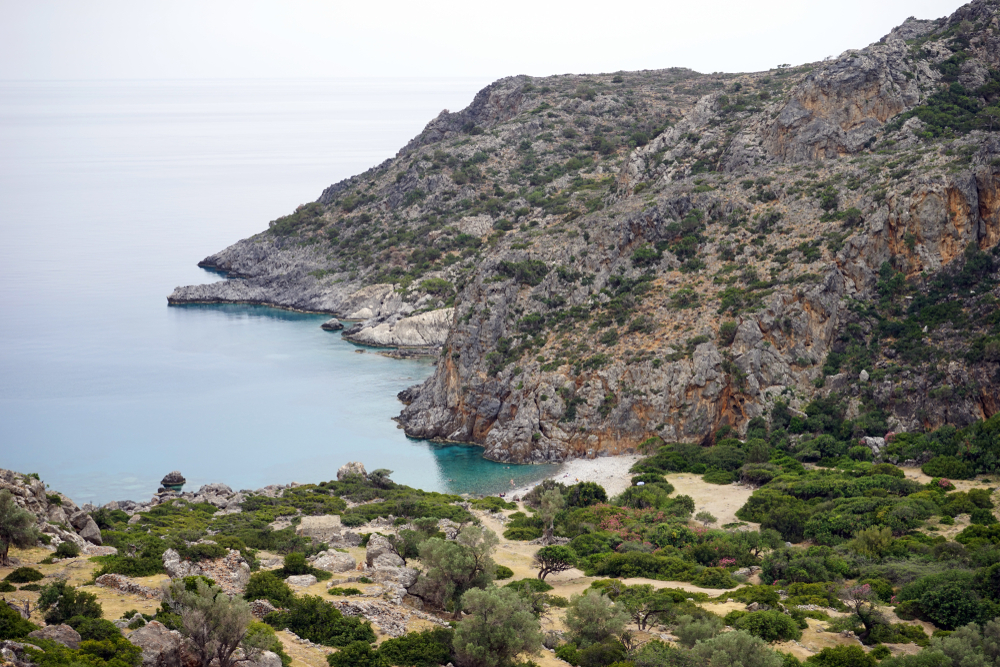 The beach is secluded, with sand, pebbles, rocks and deep waters; it is also open to the strong south winds. Even though there is no infrastructure, the many trees that grow all around it allow bathers to unwind in the natural shade. The Sentiero escursionistico E4 passa attraverso il ancient city of Lissos, which you should aim to visit if time allows. Lissos was one of two harbour towns for the city-state of Elyros. When you visit the ruins, you will marvel at the mosaic pavement in the Asklepion, where the sick came from all over Crete to be cured. Unfortunately, it was destroyed by an earthquake. You can also visit the Roman cemetery and the remains of the theatre. East of the beach, quite close by, is the picturesque chapel of Agios Kyrikos, the saint?s feast day is on the 15th July. If you are in the neighbourhood, a quick stop to join the festivities is worthwhile. Pilgrims come by boat or on foot ? and a big feast follows the church service! Continuing west, we find the stunning beaches of Anydri and Gialiskari. They are both primarily sandy and nudist friendly.