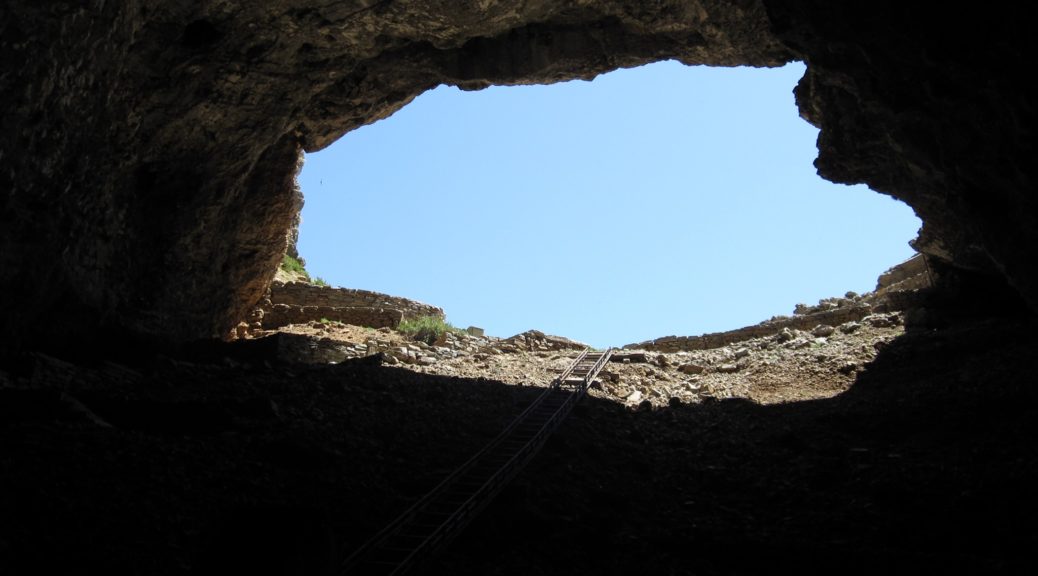 This excursion combines a visit to two important caves and a walk on the slopes of Monte Psiloritis (or Mount Ida). Once covered in a thick pine forest, this is the highest montagna a Creta (Timios Stavros peak 2,456 m) and sacred ground that was closely linked to the worship of Zeus. Idaean Cave (or Ideon Andron) is located on the eastern slopes of Monte Psiloritis, sul Nida plateau, about 75 km from Rethymno and only a short walk from where we leave our transport. The cave doesn’t have any particular geological value but is of enormous mythological and cultural significance, as this is the cave in which, according to the legend, the Olympian Greek god, Zeus, was raised. The Idean Cave is one of the greatest cave sanctuaries in Crete, as important as the major Greek temples. It flourished in antiquity, 4000 BC to the 1st century AD.

Next, we walk across the Nida plateau and around the slopes of Mount Mavri verso il Kamares cave. Here the trail is more demanding but not difficult. Kamares cave is not very important in terms of speleological interest but the Minoico findings make it a very valuable archaeological site. Kamares cave is known as one of the major mountain sanctuaries of Minoan Crete due to the thousands of items of pottery found there. The ceramics date back to 2000 BC and were possibly used by the residents of Phaistos and during the worship rituals of a Minoan goddess.

The vases are also exquisite with very thin walls, colorful decor and stunning designs. The style of decorative vases, which have been found in the palaces of Knossos e Phaistos, has been named ?Kamares Ware?, and was widely traded in Minoan Crete; they were of the finest quality and highly prized. Today, they are housed in the Archaeological Museum of Heraklion. From the caves, you have a view of the archaeological site of Phaistos, another very important site of worship for the Minoans. The area is a paradise for nature lovers and combines the stunning Cretan landscape, plateaus and mountainscapes and its rich historical and mythological past.