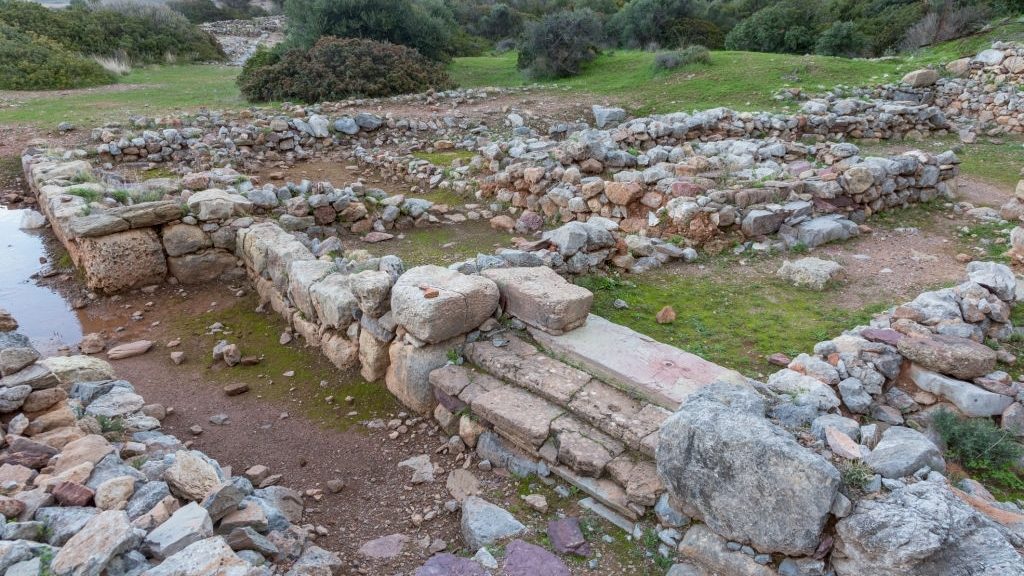 A large, remarkable town of the Minoan years was unearthed at the location of Roussolakos, next to the beach of Palekastro. It flourished in the Late Minoan period. However, ruins of the Early Minoan e il Middle Minoan years were also uncovered, mostly graves and ossuaries containing a large number of bones which were found in excellent condition. Roussolakos is located on the eastern coast of Crete island, 20 km from Sitia, on the way towards Vai.

The finds have allowed anthropologists who inspected the bones to draw useful conclusions about the body structure of the Minoan people; according to their findings, the Minoans had an average height of 1,60 m (male) and of 1,50 m (female). 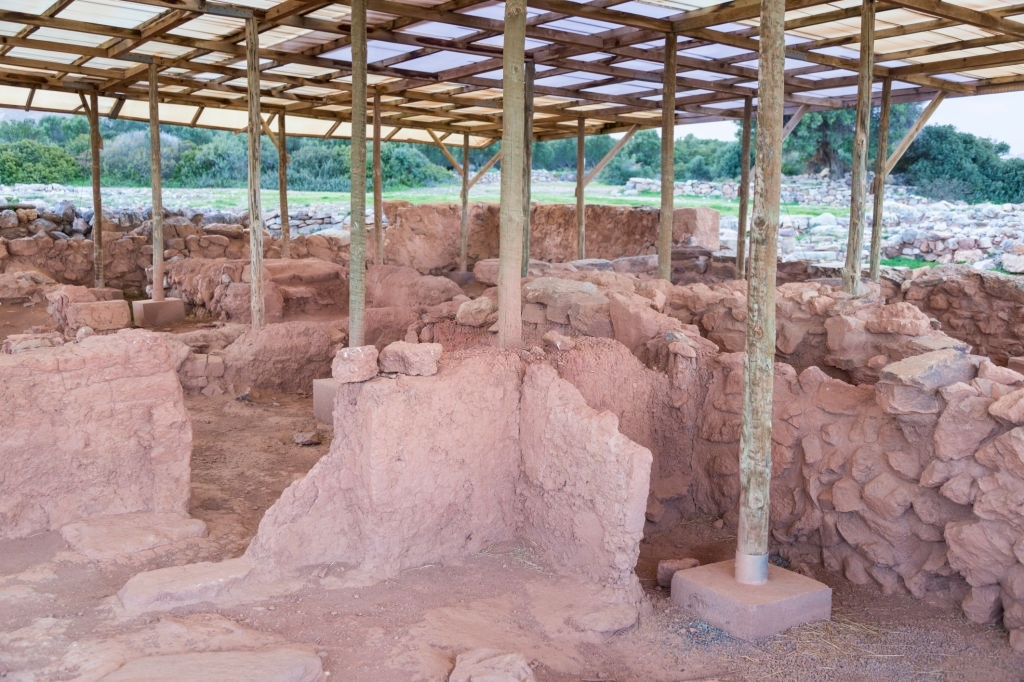 A central road that crossed four vertical smaller streets, divided the town into nine sectors, which, according to one opinion, were possibly inhabited by an equal number of clans. The houses facing the main road had imposing facades, and an efficient sewer system reached all sectors. The most prominent house of Sector B included the main hall with four columns, a kitchen area, a lustral basin, a well, a domestic shrine, a bath, an olive oil storeroom, and an oil press installation. Numerous Kamares Ware vessels, amphorae, lamps, storage jars etc. were also found. Main halls like the one found in Sector B, and numerous noteworthy artefacts, were also unearthed in other sectors of the town, while a grape press was found in one of the sectors. Life in the Minoan town at Palekastro ceased abruptly, as it did in Zakros and the other settlements in Crete, circa 1500 BC. This was due to a tremendous eruption of the volcano of Thera (Santorini), which possibly caused a catastrophic tsunami.

A sanctuary of Dictaean Zeus, famous in ancient times, was discovered in one of the sectors of ancient Palekastro. Zeus was worshipped there from the Geometric period until the Roman conquest. Fragments of a slab, on which the Hymn a Dictaean o Cretagenous Zeus (= Cretan-born Zeus) was inscribed, were also unearthed. It is believed that this is the first hymn dedicated to a deity in the whole ancient world; it is also believed that, essentially, it is a hymn to Peace and Life.

The fragments of the large stone slab that recorded the Hymn a Dictaean Zeus (also known as the Hymn of the Coriti) were found scattered near the ruins of the Dictaean Sanctuary, in ancient Palekastro. This slab of local dark grey limestone (titanolithos) is inscribed on both sides. The hymn was sung by naked shield-bearing young men who imitated the Kourites, the benevolent young demons who, according to Mitologia greca, attended and protected the holy infant Zeus. This hymn was essentially an invocation of the young god, sung annually and asking him to bestow fertility upon the land and help the flocks thrive. The hymn was part of certain initiation rites that marked the transition of boys from adolescence to adulthood, and their entry into the body of citizens. Fragments of a gold and ivory figurine (known as the Palekastro Kouros) were also found in the sanctuary. It is considered a masterpiece of Minoan art and can be seen in the Museo Archeologico of Sitia.