Mochlos is a small village in the Mirabello Bay off the coast of northeastern Creta. The American archaeologist R. B. Seager discovered Mochlos in 1907, on the recommendation of a local fisherman. In the following year, he began excavating on the small island and unearthed 20 collective tombs and about 12 houses. In 1955, J. Leatham e S. Hood discovered Roman fish reservoirs on the shore opposite the island, during an underwater survey. Here, they confirmed the hypothesis according to which the island of Mochlos was actually part of a peninsula during the Bronze Age.

As stated in the excavation findings, the island of Mochlos grew to be one of the most important centres of the Civiltà minoica. The plain located on the mainland, across the island, provided rich agricultural production. As for the narrow strip of land, which used to connect the island with the mainland, it formed two natural harbours which provided safe anchorage in all weather conditions. As an important intermediary trade station, Mochlos imported obsidian from the island of Milos and other raw materials from the East, which were then shipped to the rest of Crete. The discovery of a silver cylinder seal from Mesopotamia (Northern Syria) dating from approximately the 18th century BC, proves the importance of Mochlos as a port. Gold jewellery, seal stones and the famous stone vessels of Mochlos (many of which were found in tombs) were fashioned in the artisan quarter. 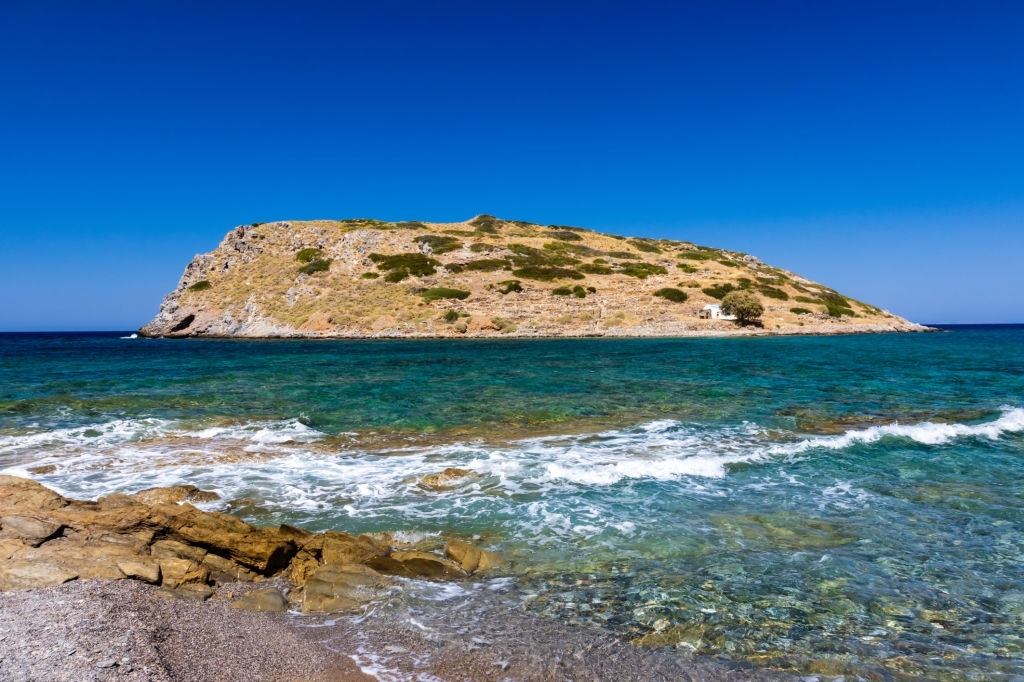 After the collapse of most Minoan settlements due to the eruption of the volcano of Thera (Santorini), the town of Mochlos was rebuilt and even expanded. The new town featured central roads and smaller streets which divided it into districts. Houses were built on various levels, adjusting to the incline, and had two or even three storeys. The last phase of extensive occupation of the island of Mochlos is testified to be a fortification of the 1st century BC. The fortification was raised on the north and the eastern side of the island and its construction was maybe an effort of Gerapietra (ancient Ierapetra) to stabilise its presence at the northern coast of Creta.

The island is not inhabited and the only way to access it is by swimming or boat. Visitors can hire one from the coastal town to take you across.