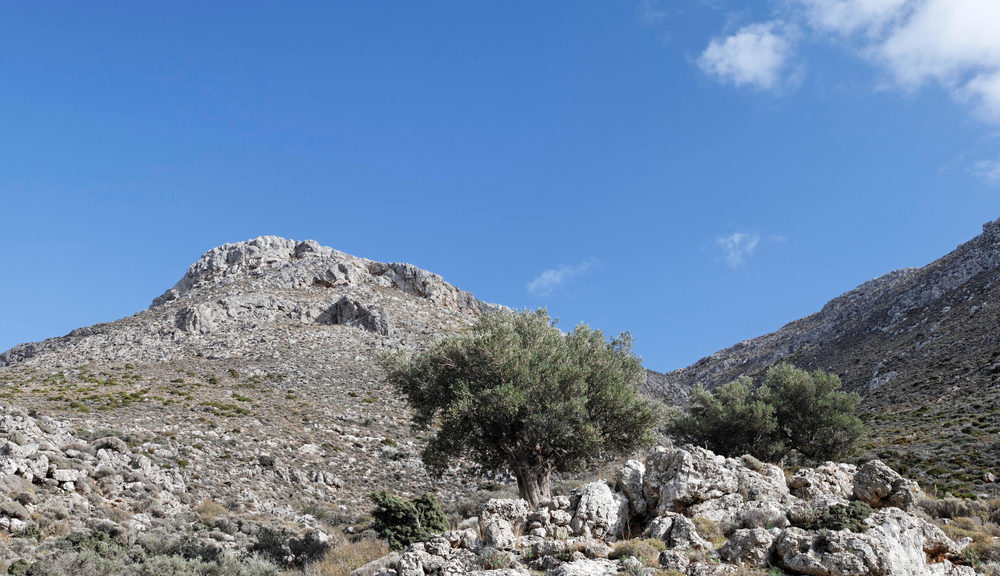 Hohlakies Gorge is a beautiful, fairly small and easily accessible gorge in the prefecture of Lassithi. It begins at the village of Hohlakies and ends up at the beautiful bay of Karoumes on the eastern coast of Crete.

It also marks the last section of the E4 European long-distance path on the island. It is 1,5 kilometre long in total and the elevation difference between the entrance and the outlet is approximately 50 metres. To reach Hohlakies village, drive east from Sitia passing through the village of Palaiokastro; the total distance is only 25 km.

Most people cross the gorge on their way to Karoumes beach; it cannot be reached by car so the only way is to walk. There is another hiking route available, that starts from the south in the village of Kato Zakros. The latter is much longer, crosses through Grotta Pelekita – one of the oldest in the island with stalactite and stalagmite formations – as well as an old Minoan quarry. Stones from the quarry were used for the construction of the Palazzo di Zakros. If time allows, a short excursion in the village of Kato Zakros is highly recommended. After crossing the gola di Hohlakies, drive south to Zakros and hike through the Gola dei morti before reaching the coastal settlement of Kato Zakros with its charming tavernas. 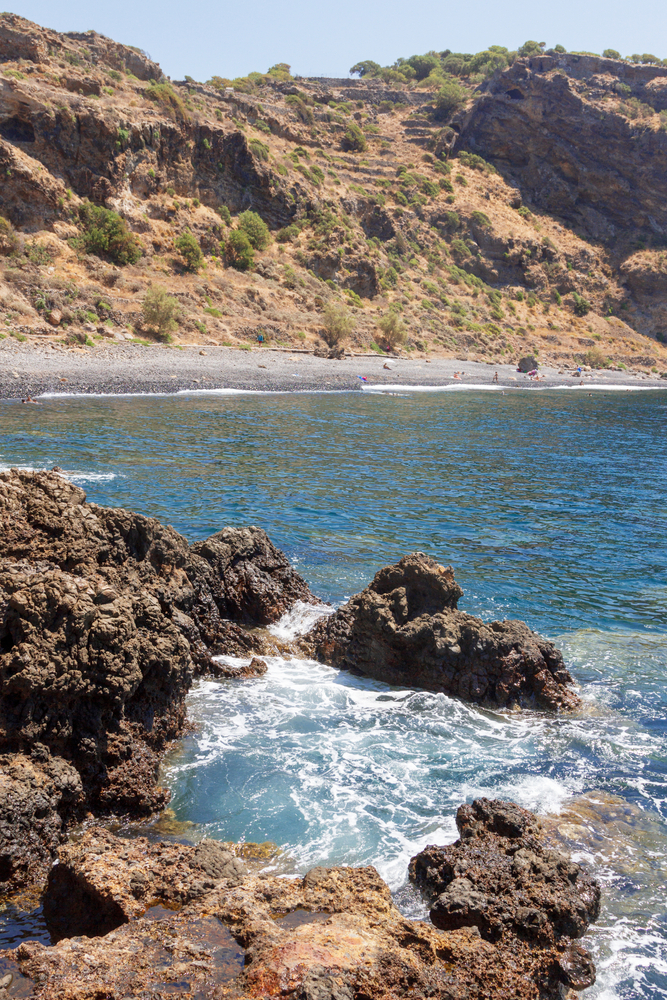 The eastward facing beach of Karoumes is protected by strong winds with calm and clean waters and small darkish pebbles. It is a symmetrical and impressive bay framed by dense vegetation and during the middle of the day, the rocks provide natural shade.

The crossing through the gorge offers a range of interesting geological formations while the aroma of wild oregano and thyme dominate the area. Vertical rocks create cavernous formations and nesting spots for the birds. The gorge has water during the winter and early spring months. In the summertime and early autumn months, the scenery can be a bit drier. The route takes approximately 1 hour and a half each way.

To read more about the European long-distance path trail and the gola di Hohlakies head to the E4 section of the website.