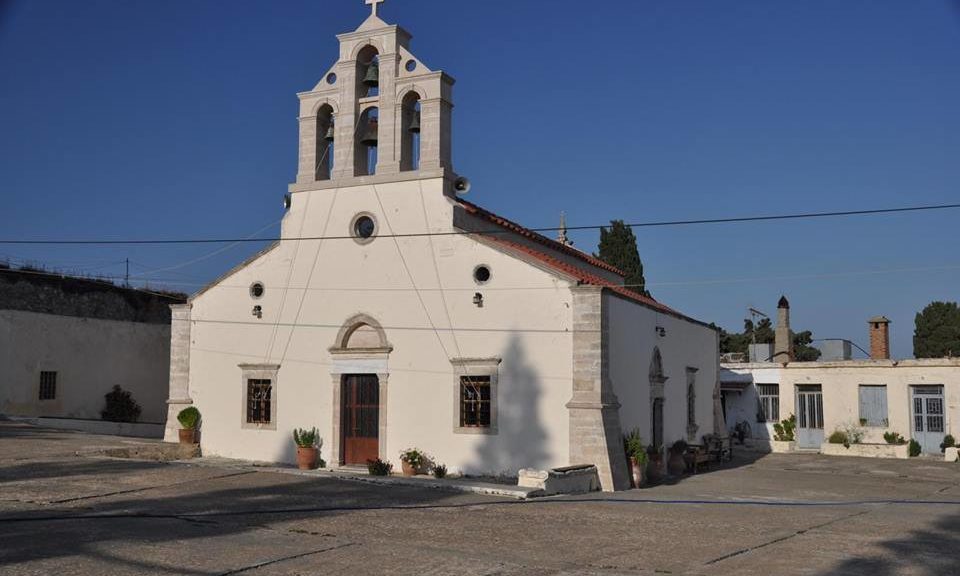 Il Monastero di Apezanon is located 63.3 km away from Heraklion sulla costa meridionale di Isola di Creta. To reach the monastery, we follow the road Heraklion ? Tympaki and turn left at the junction of Gortyna towards the villages of Platanos e Plora. The monastery is found within the mountain range of the Monti Asterousia that constitute the ?Mount Athos? of Crete.

Asterousia was the cradle of Christianity, especially in the early Christian times, and a rich monastic and ascetic tradition developed here, centred around Agiofarago e Martsalo. It is also called Apezon and is the largest of the historical monasteries of Asterousia. According to tradition, it was founded by monks of Agios Antonios in Agiofarago.

The monastery has a fortress form which was established during the last decades of Venetian rule. In the 16th and 17th centuries, it was a centre of letters and arts, it had its own school and a rich library with old manuscripts. The property of the monastery was also large and was considered wealthy. It is also reported that the Patriarch of Alexandria Meletios Pigas was linked to the monastery in the middle of the 16th century. Today only one of its three fortified towers survives. The old katholikon of the monastery was destroyed by the Turks in 1827 and until then valuable sacred relics, utensils and many icons were collected in the monastery. Today, the holy utensils and relics of saints are preserved, while its katholikon ? a three-aisled basilica ? was built after the destruction of the previous one.

Visitors can also explore the nearby chapel of Agia Paraskevi, located 2-3 km from the monastery. There used to be a small independent monastery there. Today the landscape is dominated by a huge oak, which is believed to have healing properties. This area is one of many in which the ancient worship of sacred trees survives. At the root of the big tree, there is always the image of Agia Paraskevi.