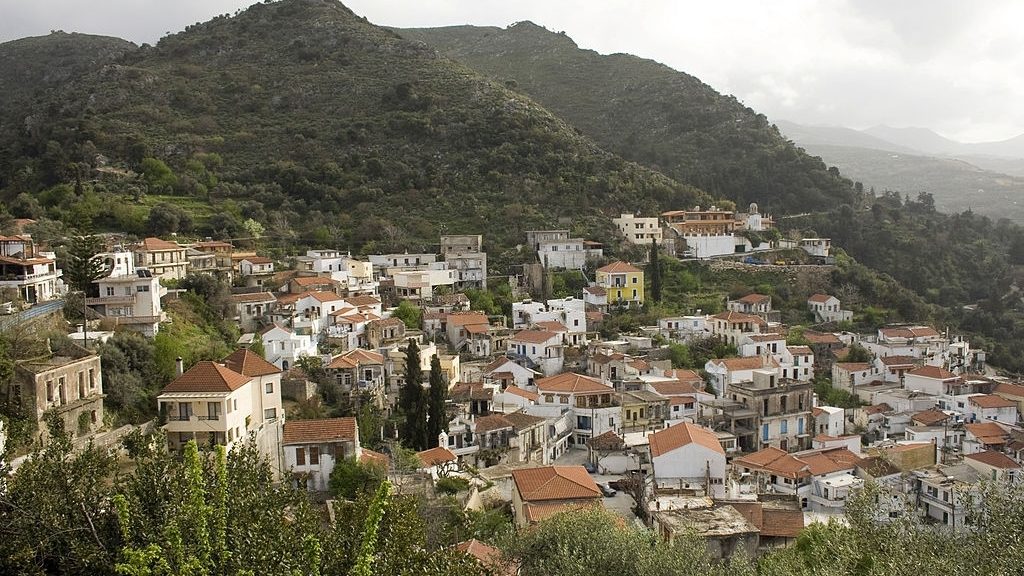 The Minoan House at Chamezi is located about 4km from Sitia on the northeastern coast of Creta island just outside the village of Chamezi, from where it has taken its name. The first round of excavations was conducted by Stephanos Xanthoudides in 1903, in the hill of Souvloto Mouri. The Minoan building that was unearthed is considered a unique architectural feature of its time, with an ellipse-shaped construction and its possible use had puzzled archaeologists for many years. The house was constructed next to a cistern that provided the inhabitants with rainfall water. No other spring exists on the hill of Souvloto Mouri.

One of the possible scenarios proposed by archaeologist N. Platon was that this was the location of a peak sanctuary. This was due to the discovery of several figurines that could have been used in religious ceremonies. The main courtyard of the house was also believed to be the shrine or sacred pit of the sanctuary.

A survey conducted in 1971 by professor Costis Davaras brought to light new facts, which proved that this building was actually a house. It is dated to 2200-2000 BC and it is the only Minoan building with this shape found until today. Remnants of older houses were also unearthed in the area. Some of the evidence that compelled Davaras to ascertain the function of the house were: a second entrance that eliminated the possibility of a fortress; additional doors for rooms previously thought to be storerooms; architectural evidence showing the walls were not as curved as previously thought. Bronze artefacts were uncovered outside the house, while vessels and several figurines were found inside the rooms. Most of these are kept today in the Museums of Heraklion e Agios Nikolaos.

Closer to the coast, we find the Castle of Liopetro, that occupied a space that belonged to an ancient acropolis. The hike and view from the top are magnificent. In the village, you will also find the Chamezi Folklore Museum. This is not connected to the archaeological site or the Minoan house but is a collection of items that showcase traditional Cretan houses and well worth a visit.