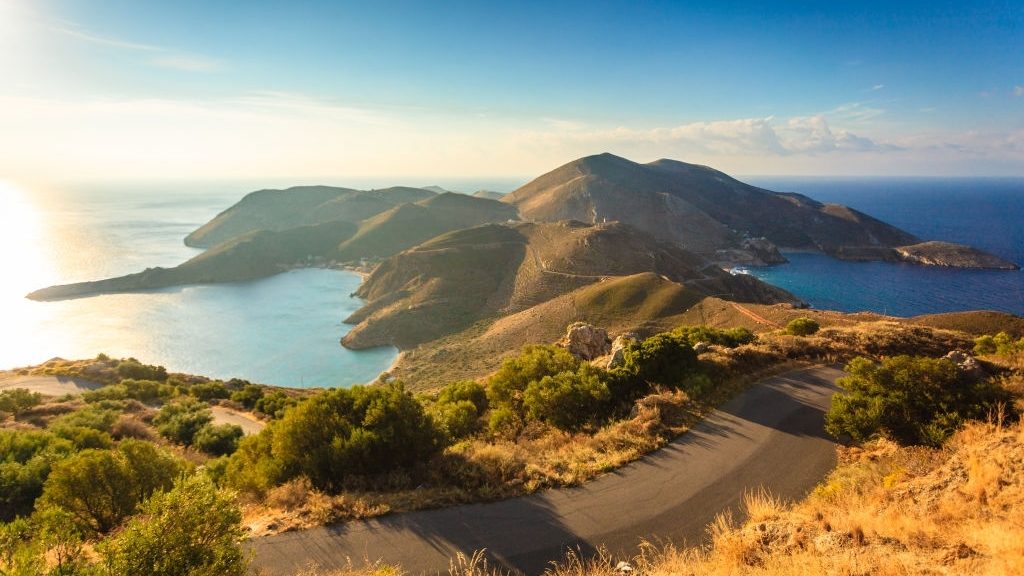 Today this huge polje of the Dikte massif has been transformed into a giant garden. Up until a few years ago, irrigation was managed by thousands of small windmills. In a way, it was a massive wind-farm, in its traditional form used to pump water, not produce electricity. The presence of human settlements in this area goes back thousands of years. The Dictean cave, above Psychro, is where – according to Greek legends – Zeus was raised. Neolithic and Minoan finds are quite extensive; a major burial cave (EM-MM) has been found at Aghios Charalambos, settlements of the palatial times and later have been identified at Papoura (northwest of Lagos village) and Plati not far from the Cave. 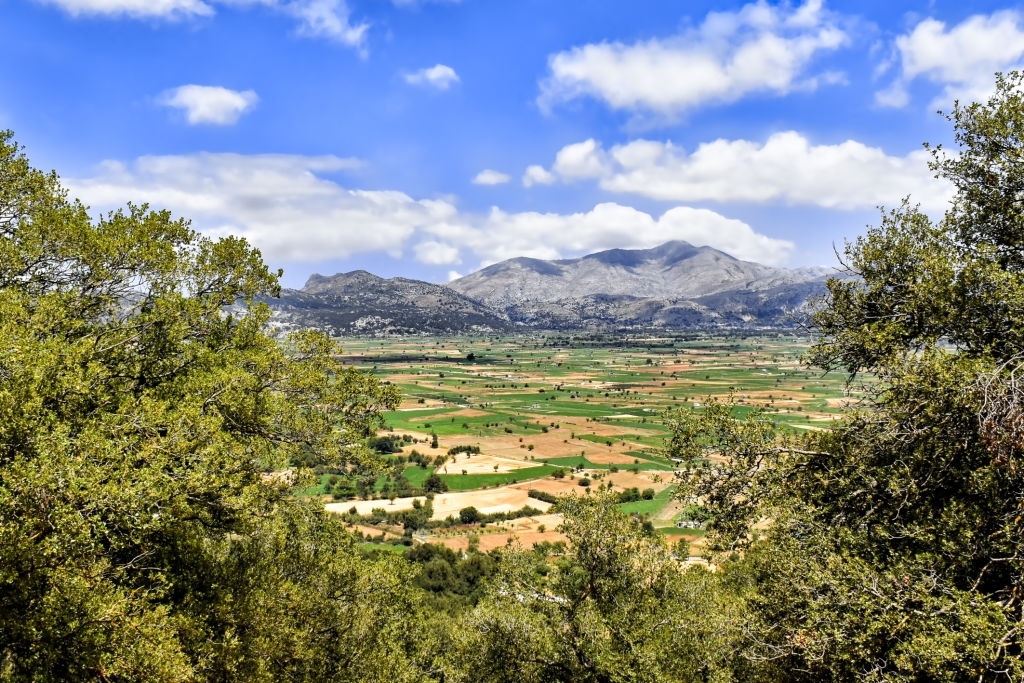 The British (eg. Evans and Pendlebury) explored and excavated sites on the hills and peaks around Karfi par excellence, from the end of the Bronze Age. Typically they were unfortified, but in positions where access was difficult; Venetian forts were likely built on such earlier ruins. After 600 BC the Papoura settlement developed significantly, opening up new areas; it became a flourishing city down to the Roman period. Under the Byzantines, life continued to flourish until 1211 when it passed into Venetian control. The great rebellions of the Agiostefanites, of the Psaromelingoi and the Kallergidoi, were all centred around on Lassithi. That is why the Venetians regarded it as the ‘thorn in the heart of Venice’.

In 1263 the Venetians evicted the residents, uprooted trees and forbade grazing in the region; this is how it remained deserted for two hundred years. Then in 1463, Venice rented out the plain for wheat production – they needed it to feed their navy and army – and carried out operations and cut drainage channels – the so-called linies – to tackle the standing waters; the area was divided up into blocks (still visible today). The descendants of the original inhabitants began to return to the area, which was slowly revived.

After the conquest of the Peloponnese by the Turks, the Venetians transferred refugees and settled them on the plain, where they remained until the Turks took over Crete and Lassithi passed into their hands. This was when once more, the area became a centre of resistance. Today around the edge of the plain stand 17 villages: from the north entrance, and clockwise after Pinakiano are Lagos, Tzermiado, Farsaro, Marmaketo, Aghios Konstantinos, Mesa Lassithi, Mesa Lasithaki, Aghios Georgios, Koudoumalia, Avrakonte, Kaminaki, Magoula, Psychro, Plati, Aghios Charalambos and Kato Metochi.

Many of the inhabitants migrate for the winter months to villages in the area of Heraklion, returning in the spring. The main occupation is agriculture with the addition of handicrafts and tourism.