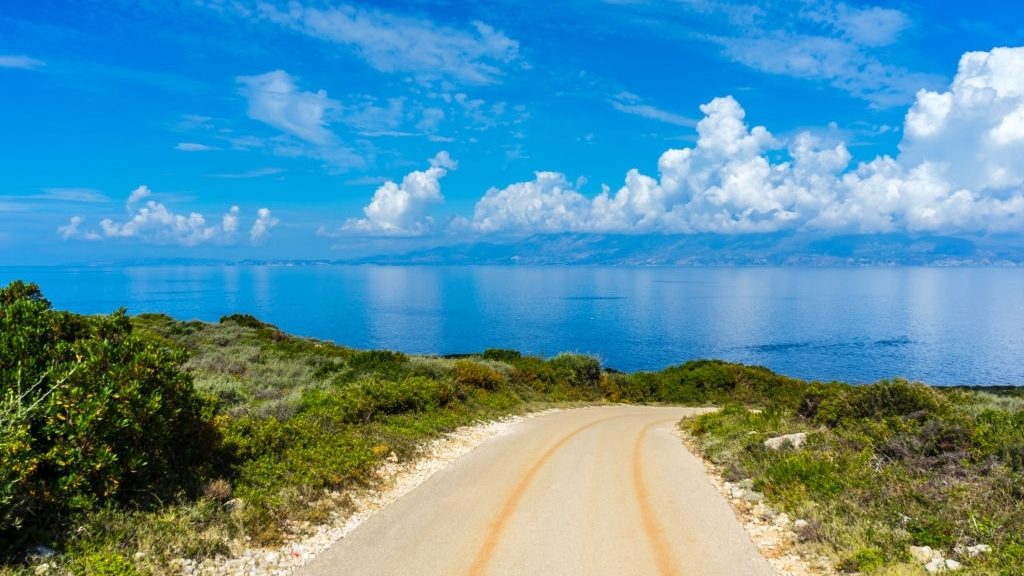 This road trip route in the eastern region of Crete passes through a verdant landscape with interesting morphological diversity. You will get the chance to see traditional villages, an extended pine forest and one of the most beautiful plateaus of Crete. Hiking enthusiasts will find ample opportunities for short and long hikes in the area.

We set off from the picturesque town of Agios Nikolaos, following the coastal road to Istron. From there, we continue south-westwards driving inland, and make our first stop at the little village of Prina. The route passes through a landscape with complex geomorphology which is thick with olive trees. The charming town of Ierapetra and the Libyan Sea appear ahead of us in the distance, a little before we reach Kalamafka.

If the sky is clear, you may also be able to distinguish the island of Gaidouronssi (which is also known as Chrissi) on the horizon. After a stop at Kalamafka and a walk up to Kastelo, the steep rocky hill which stands high above the village, you can visit the cave and the chapel of Timios Stavros. The view over the surrounding area from up there is magnificent. You can also visit the churches of Aghios Antonios and Aghios Ioannis or just enjoy a coffee under the shade of the plane trees in one of the local cafenίa of the village. Next, we leave Kalamafka and drive to the village of Males, where we can visit the Monastery of Panagia Exakousti. Then, we continue to Christos, and from there we take a road that goes uphill, leading to the forest of Selakano.

The small settlement of Selakano is sprinkled about in a sparsely forested area on the slopes of the valley of Selakano, which is surrounded by the stunning slopes of Mount Dikti. The settlement is mainly inhabited during the summer months, by farmers from the villages Christos and Males. The Selakano basin area, with the extensive pine forest, is one of the most beautiful mountainous landscapes of Crete; it has been populated since antiquity. Here one can see traces of an ancient settlement, probably of ancient Malla, at the location of Patella. If the cafenίo of the village happens to be open when you are there, you will have the opportunity to enjoy local dishes in the company of hospitable village folk.

From here, one can explore the forest of Selakano, which spreads as far as the slopes below Afendis Christos, the highest peak of Mount Dikti. This forest area, which is one of the most remarkable of Crete, is covered mainly with Calabrian pine (Pinus brutia), as well as deciduous oaks, maple trees, cypresses, and plane trees; many raptors find shelter in it. The forest of Selakano is also a centre of beekeeping; numerous beekeepers from all over the island bring their beehives to the location of Melissokipos (= bee garden). The extended network of trails and roads allows the beekeepers easy access. In addition, the E4 European long-distance path passes through the forest. This makes the area ideal for trekking, mountain biking and other outdoor activities. 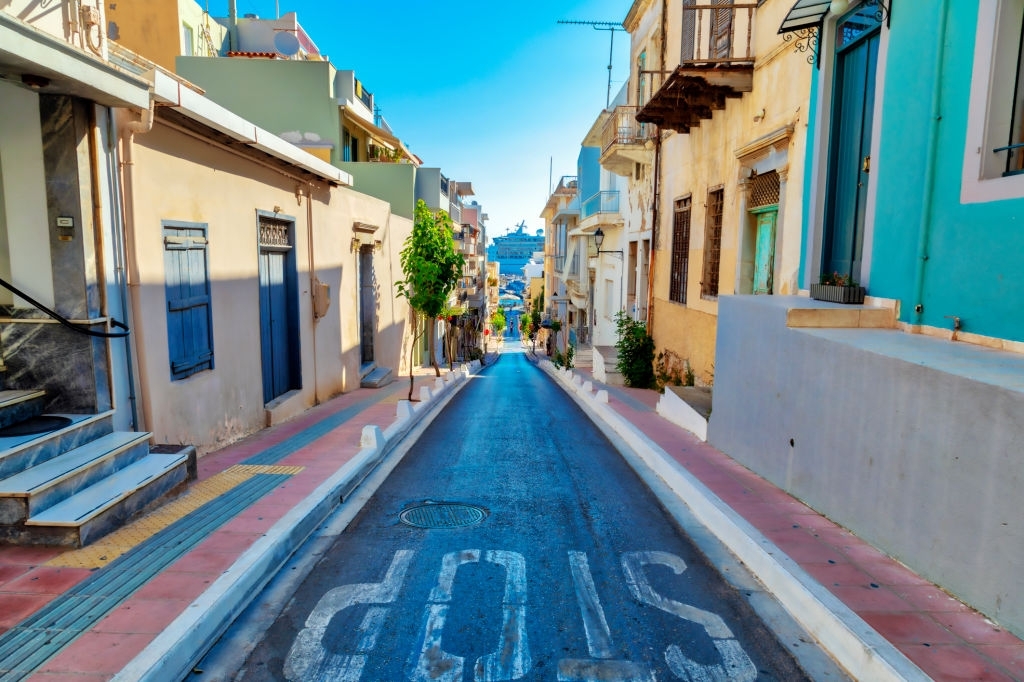 Back to our road trip, we return to Selakano and take the dirt road which passes through the little settlement of Mathokotsana and then zig zags on the slope until it reaches another dirt road which goes northwards and leads to the plateau of Katharo. This is one of the most beautiful plateaux of the island. It should be noted though that this is a difficult dirt road which is not suitable for conventional vehicles. You should only carry on if you have a 4X4 off-road car, preferably after consulting with the local people, just to be sure. The condition of the road becomes worse in winter and spring, due to erosion caused by snow and rain. If you manage to reach Katharo, make sure that you continue on the asphalt road northwards and then eastwards, towards the traditional village of Kritsa. Once you are at Kritsa, you have the option to carry on to Agios Nikolaos.

This is the reverse of the section of the route which is described next.

This route can be taken as a one-day excursion. It links the town of Agios Nikolaos with picturesque Kritsa and ends at the plateau of Katharo. Alternatively, it can be explored from Katharo to Selakano.

We start by taking the road that leads to Kritsa setting off from the intersection on the National road at Agios Nikolaos. Driving in a northerly direction, we arrive at the amphitheatrically built traditional village of Kritsa, where we can visit Panagia Kera, a church known for its exquisite Byzantine frescoes. The film ”He Who Must Die”, directed by Jules Dassin, with the late Greek actress Melίna Mercouri in the leading role, was filmed in this village. Here, one has the possibility to walk through the gorge of Kritsa which begins at the north-east exit of the village. The first, easy section of the gorge is 2,5 km long and it is full of plane trees, oaks and various endemic plants. This section together with the return to the village should not require more than 2 hours. Three kilometres north of Kritsa one can visit the ruins of Lato, an ancient town built on an impressive elevated naturally fortifiable site which dominates the scenery.

Lato was one of the most significant Doric city-states of Crete. Its territory extended from today’s Agios Nikolaos to Katharo. Excavations have brought to light Lato’s fortifications, the Agora and a large part of the town.

Next, we take the road which passes through the village and continue travelling uphill. The view over the gulf of Mirabello behind us is stunning. The scenery then becomes rockier and rockier, with many large oaks, creating a wild yet beautiful setting, until we reach the plateau of Katharo.

Katharo is situated at an altitude of 1.100 metres. Little huts used by stock breeders, small vineyards and cultivated areas can be seen around it. Palaeolithic skeletons of dwarf hippopotamuses have been found in the area. In Katharo, one can try traditional dishes at the tavernas which usually operate from spring to autumn and on some weekends during the winter. After visiting ancient Lato, we carry on south of Kritsa and return to Agios Nikolaos.