On the road from Agios Nikolaos to Kritsa, 1 km before the village, we meet the church of Panagia Kera. It is one of the most important Byzantine monuments of the island of Crete with impressive Byzantine frescoes. The church is three-aisled, vaulted with a dome and was built gradually starting in the 13th century. The central aisle is dedicated to the Virgin Mary and is the oldest (13th century) while the two side aisles were built later (14th century) and are dedicated to Saints Anna and Antonios.

The frescoes that adorn all three aisles of the church are well preserved and representative of the various styles of ecclesiastical painting of the 13th, 14th and 15th century.

Two layers of frescoes are preserved in the central aisle. The oldest is preserved in fragments, mainly in the sanctuary and in the drums that support the dome; it dates back to the 13th century and is distinguished by the linear rendering of the figures. At the beginning of the 14th century it seems that the temple was rebuilt after some destruction and massive struts were added, three on the north and three on the south side, which support the dome. The second layer of frescoes of the central aisle dates to this period. The celestial dome and the figures of four angels are depicted in the dome of the temple, according to Byzantine standards, while the Prophets and the Evangelists are depicted lower. Other compositions that stand out are the Crucifixion of Christ, with images from the punishment of the infernals lower on the western wall and the full-length and austere figures of St. George and St. Francis of Assisi 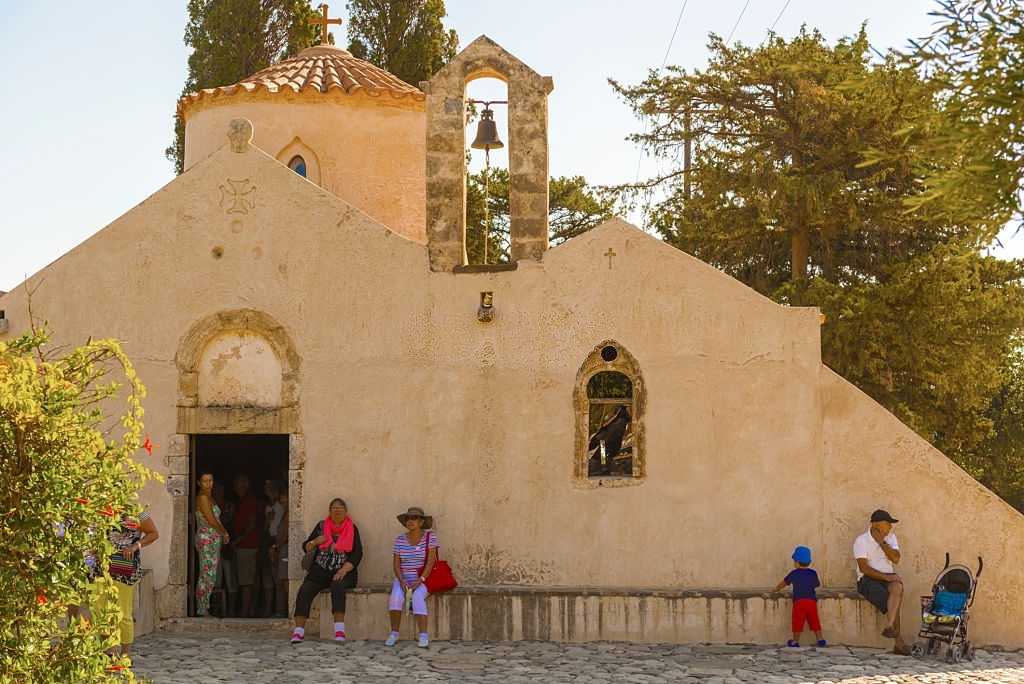 In the southern aisle, which is dedicated to Agia Anna, the frescoes date back to the 14th century and belong to the current of the Palaeologan Renaissance. The figures are rendered in a more realistic and expressive way while the images from the life of Agia Anna and Panagia dominate the scene. The northern aisle is dominated by the large composition of the Second Coming; the depiction of the family of the owner of the murals, Georgios Mazizanis, with the characteristic costumes of the time, is very interesting. The multitude of different styles used for the hagiography of the church makes it one of the most important Byzantine monuments of Crete.