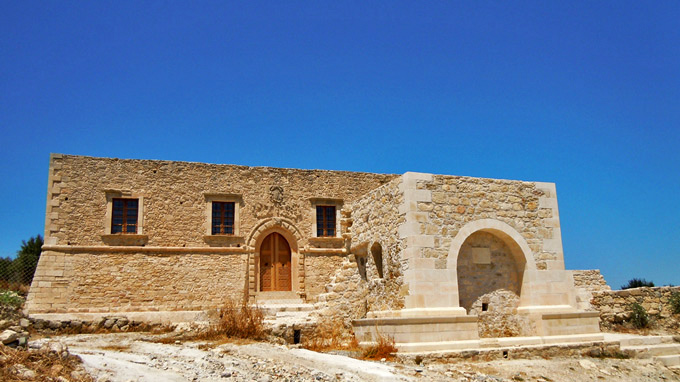 The Venetian villa Dei Mezzo, also known as the Seragio by the locals, is a once three-storied tower located at the village of Etia in eastern Crete, in the region of Sitia. The name of the village translates to “willow tree” in Greek even though it is uncertain how the connection was made. 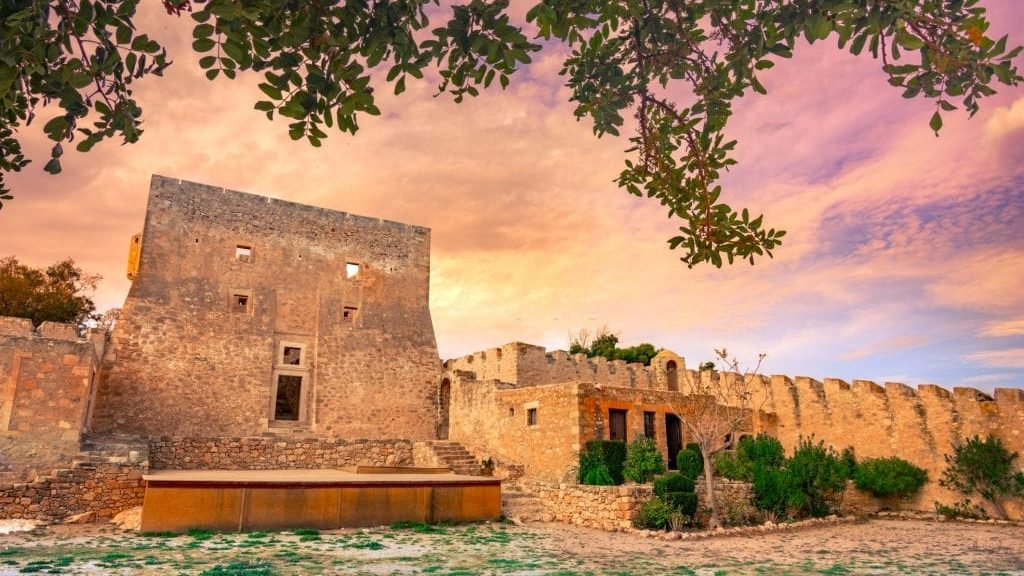 The name Kazarma is derived from the Venetian Casa di Arma, which means barracks or armoury. Indeed, these were the barracks of the Venetian garrison, the army headquarters of the fortified town of Sitia. The walls of Sitia, which reached as high uphill as the fortress, were built at the same time as the Kazarma, in the late Byzantine years. 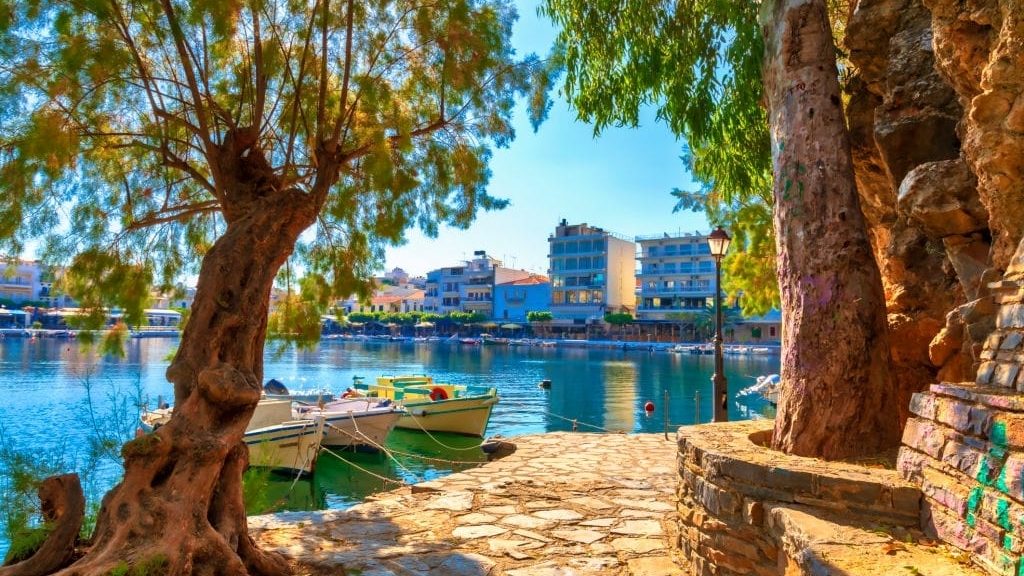 Sitia took its name from the ancient city of Itia or Itida which was located a little east of the current city. Itia was inhabited since the Bronze Age and experienced great prosperity during the 2nd century AD. It is also assumed to be the homeland of Myson, one of the seven sages of antiquity.