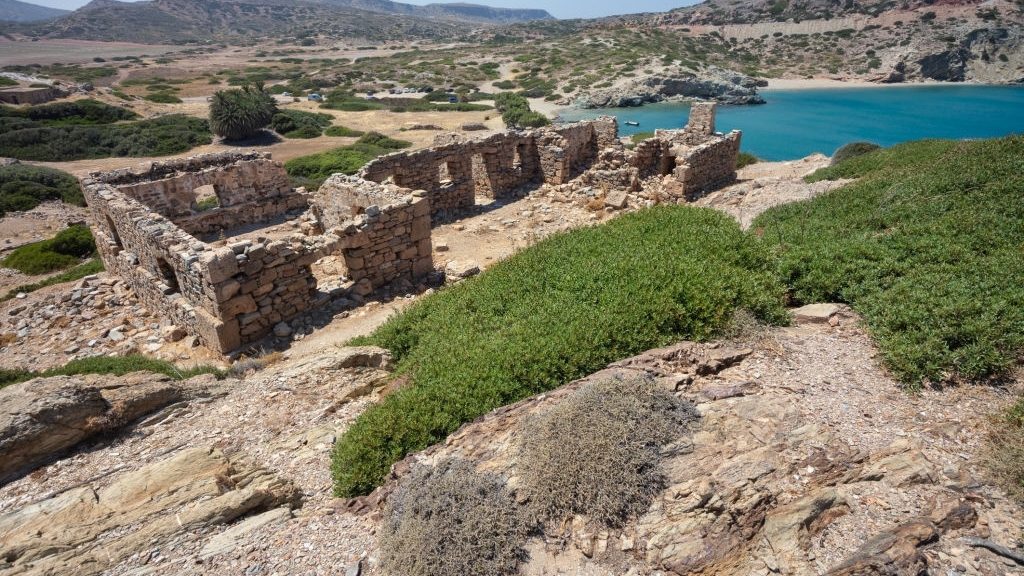 Itanos was one of the most prominent coastal cities of Eastern Crete from the Minoan era until the early Christian years. Today the area is known as Erimoupoli or Erimopoli. It dominated over the whole eastern coast of Sitia, from Cape Samonion (known today as Kavos Sideros) to Cape Erithraion (known today as Cape Goudouras), and the small island of Lefki (Koufonisi).

The city is also mentioned by the historian Herodotus.  When Pythia, the priestess of the Oracle at Delphi, instructed the people of Thera to establish a colony in Libya, they sent a mission of delegates to Crete, seeking men who would be able to lead them there. They arrived at Itanos, where they came upon a fisherman of Murex shells by the name of Korobios, who described how a strong wind had once carried him off to Libya. The Itanians then persuaded him to take them there, where they eventually founded the colony of Cyrene, in 630 BC. Stephanus of Byzantium (Stephanos Byzantios, a Greek author of the 5th-6th century AD) also mentioned Itanos in his work. He believed that the city was named after an individual called Itanos from Phoenix and that Itanos was a colony of the Phoenicians, who were involved in Murex shells fishing and glassmaking. 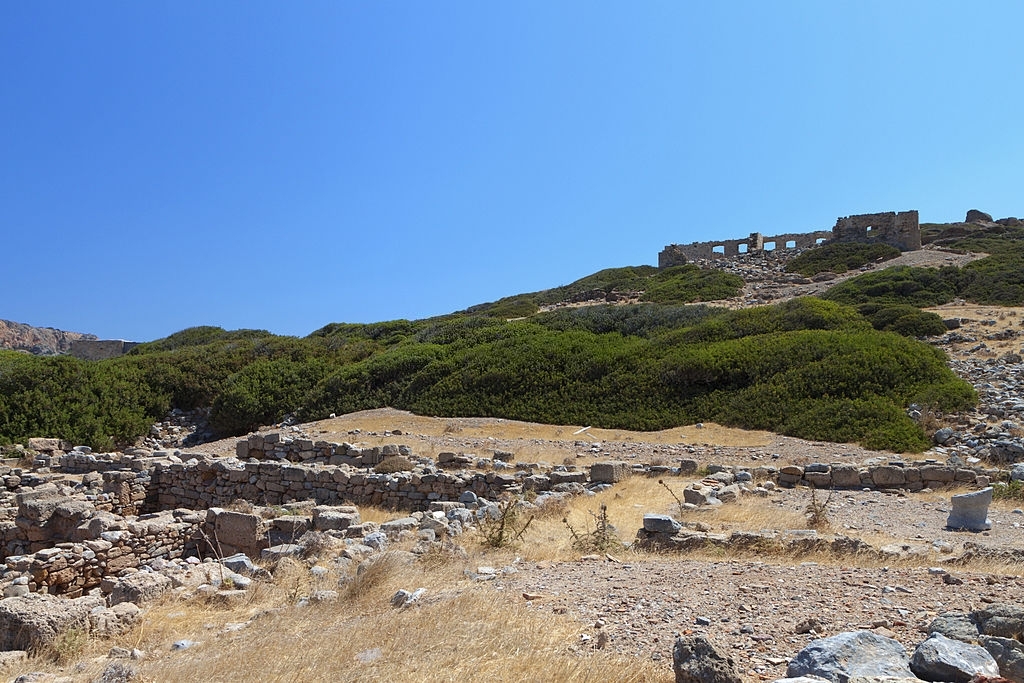 Phoenician tradesmen used Itanos as a base, exchanging raw materials from Phoenicia with Cretan products. They also kept workshops for the processing of Murex shells that yielded purple dye, as well as glassware and textile workshops. Itanos had always been a Syrian and a Phoenician intermediary trade station, where Phoenician gods were worshipped. The city was mentioned in the Linear B tablets of Knossos as “u-ta-no”. In Cape Sίderos, seafarers travelling to and from the East worshipped the so-called gods of the Winds, which they replaced later with the cult of Poseidon.

Itanos was an important port and a transit trade station between Crete and the Orient. Judging by the multitude of temples and the existence of luxurious marble buildings, it seems that the city became rich due to its fleet, the transit trade, the processing of purple dye, glass making and fishery, as well as the large income it obtained from the sanctuary of Dictaean Zeus. However, this wealth was the reason why Itanos was coveted and eventually conquered by the people of Dragmos, a city which formerly paid tribute to Itanos. Moreover, when the Hierapytnians destroyed Praisos, they suppressed Itanos even more.

After the Roman conquest, Itanos managed to maintain its status and to prosper, again due to trade and shipping. It minted its own currency, coins which depicted tritons (Eastern Crete sea deities), tridents and fish, as befitted a maritime city. The nomismatologist and archaeologist of the 19th century Ioannis N. Svoronos mentioned many of these coins in his work. During the Early Christian period, majestic churches were built in the city, the ruins of which can be seen today.

Itanos was destroyed in the 9th century AD by the Saracens or maybe due to an earthquake which occurred in 795 AD. It appears that the Itanians occupied their city again after its collapse. However, it was utterly destroyed by Corsair raids in the 15th century, and the inhabitants were compelled to withdraw to safer, mountain settlements. Itanos was initially a kingdom, yet its political system was later changed to democracy; it was governed by the kosmoi (nobles of the city), the Senate and the Ecclesia (a political body consisting of all male citizens). It is believed that an attempt was made to abolish democracy, in the 3rd century BC. Under these circumstances, the help of Ptolemy Philadelphus of Egypt was sought; he sent his general Patroclusto to aid the Itanians and proved very helpful.

A tomb inscription of the 3rd century BC can be seen incorporated into the lintel of the church of Agios Ioannis. It is about a citizen of Itanos who, according to the inscription, proved to be such an excellent archer in the service of his country, that he could be compared to the Ecebolus (= far-shooting) Phoebus (= radiant) Apollo himself. Several tomb inscriptions of the Early Christian years were also found in Itanos.

An old grave was discovered in 1919, covered with two large inscribed slabs which can be seen today in the Archaeological Museum of Heraklion. These slabs were made from a local, dark grey, hard limestone (titanolithos) which was quarried at the Cape Sideros area. One of them bears a barely visible inscription consisting of 98 lines, of which very few letters can be identified, due to erosion. It is a remarkable historical inscription of the 2nd century AD, related to the age-old quarrel between the people of Itanos and Hierapytna, over supremacy in the sanctuary of Dictaean Zeus. The other slab (of the 3rd century BC) featured a decree of the people of Itanos, honouring the Macedonian general Patroclus.