Koufonisi is a tiny Greek island, located on the southwestern coast of Crete in the Libyan Sea. While it is only 5.25 square kilometres in size, the wealth of archaeological finds have termed Koufonisi, “little Delos”. Together with the main island, the region includes smaller islets – Stronguli, Makrouli and Marmara to the north, as well as Trachilos to the south. The sea comprises 60% of the designated territory.

Koufonisi itself is a small island with a hot and dry climate. It has both sandy and pebbly shorelines. The marine component comprises a good representative example of what exists and is well maintained. There are caves, reefs and seagrass meadows. No permanent human presence on the island is permitted; visitors come in during the summer holiday months, but tourist activities tend to be more relaxed with a focus on nature and history. 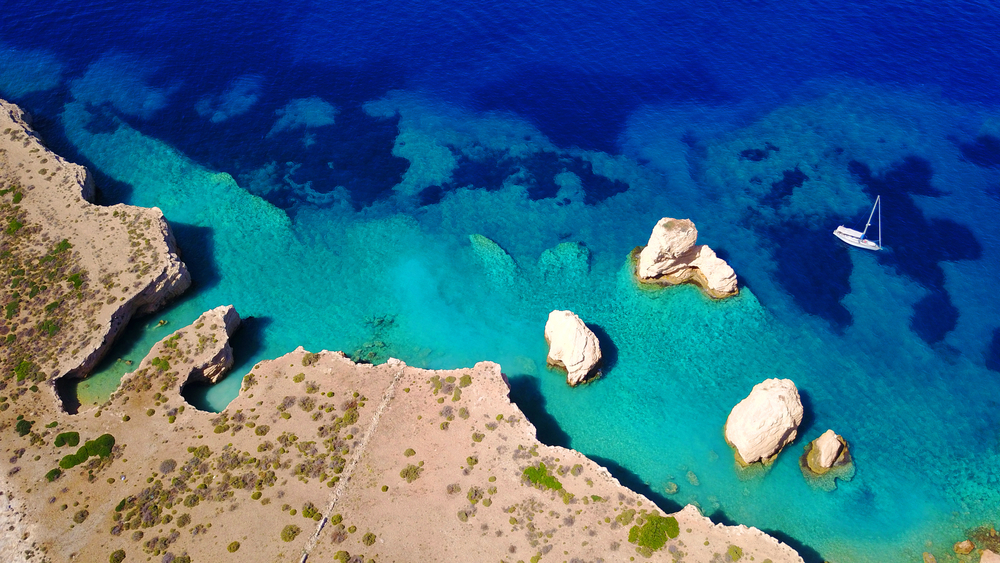 The importance of the island comes from its geographical position and the excellent condition of its unusual eco-habitat. It has a deep-rooted North African element, which otherwise is not evident much in Crete. Plantlife is particularly rich on the island, with endemics such as Zygophyllum album, Helianthemum stipulatum (a rock rose) and Astragalus peregrinus spp peregrinus (a milk vetch): some of these habitats are the only known in all of Crete and Greece. The marine aspects are also very important and there are ongoing studies and interest in the area.

Finally, the island offers historical and archaeological value. An ancient theatre has been unearthed with a seating capacity of more than 1,000 people. In addition, a temple and an 8-room villa have also been discovered together with houses and everyday objects. The archaeological potential here is great, but as yet far from explored fully.

Koufonisi is also known as Lefki from the ancient name Leuce meaning “white”. The ancient island of Lefki would have been a significant shipping port thanks to its ideal location and active sponge fishing, contributing to the economy during the Minoan period. One of the most lucrative industries during and after the ancient Phoenicians was the production of Murex purple dye, taken from the sea snail, Murex trunculus. Murex shells found on Crete and Koufonisi in particular, suggest that this was an important outpost of Minoan Crete and relatively wealthy.