This island, known as Lefki in ancient times, played a very important role in the Hellenistic and the Roman history of Eastern Crete. The main occupations of the residents were fishing, and the processing and trade of purple dye from Murex shells (porphyra), which brought great wealth to the island during the Hellenistic and Roman period.


Considering the volume of Murex shells present in Minoan settlements, Murex shell artwork must have been known since at least the prehistoric years.

During an excavation conducted after 1975 by the archaeologist Nikos Papadakis, a theatre of the Roman period was unearthed, which had a capacity of 1.000 people. It featured a semi-circular orchestra and arched “parodoi” (= passageways through which actors entered and exited the orchestra). The public baths building is another remarkable structure that was excavated and dates back to the 1st century AD. Several houses were also discovered in the settlement of ancient Lefki, near the theatre. The houses had workshops which were necessary for the processing of purple dye. A villa that was unearthed had numerous rooms, mosaic floors and walls decorated with multi-coloured clay. 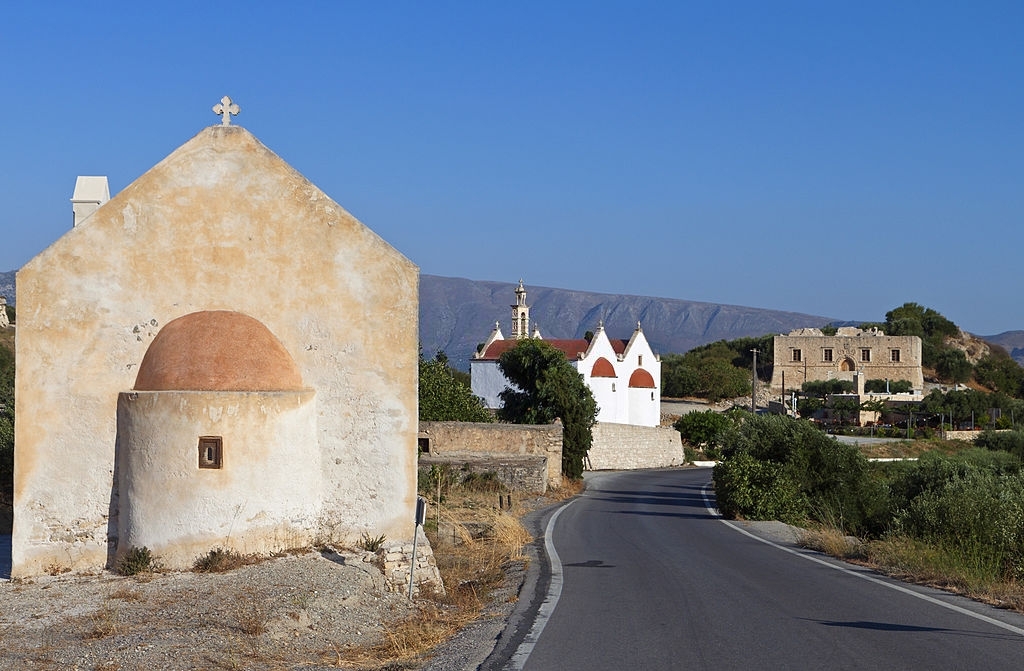 The finds from the excavations, including various fragments of statues and architectural elements, as well as numerous vessels and other artefacts made of stone, metal and other materials, are kept in the Archaeological Museum of Sitia.

On top of a hill, approximately 2 kilometres from the ancient settlement, the ruins of a temple with a crepidoma (multi-level platform) were discovered. Two fragments of a colossal marble statue depicting a figure seated on a throne can still be seen here today. The settlement was supplied with water through a system of pipes that began high on a hill where the water springs were located.

The island was destroyed completely, however, at the end of the 4th century AD, by raiders who also plundered the theatre, before they burned it. The island has not been occupied since, at least not permanently. Only a few passing sailors have left their mark inside the small caves of the western beach, carving representations of saints and inscribing 17th-century dates on the rock. Today, the whole island is part of the archaeological site.