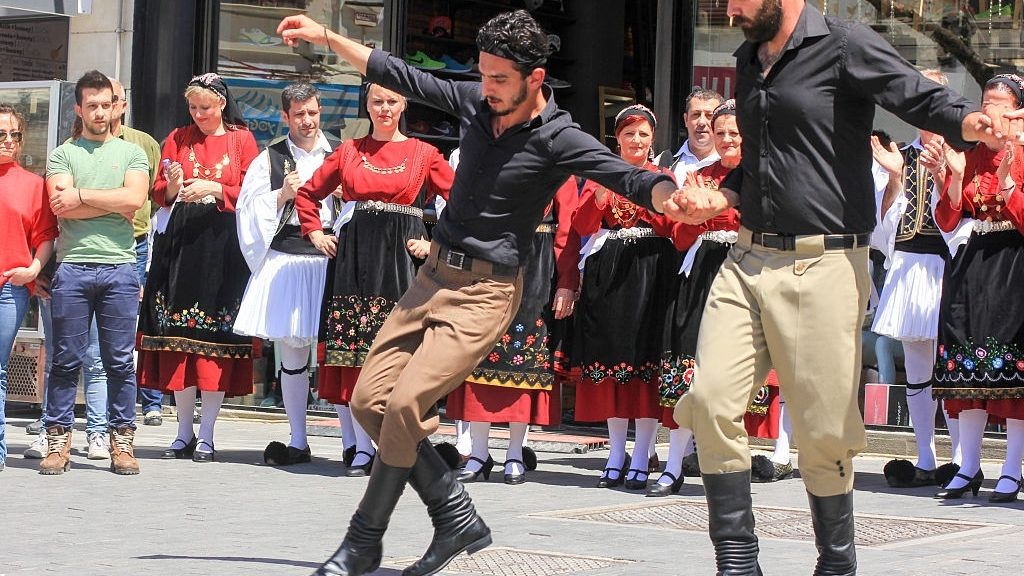 Crete today – just as it has been throughout its long history – is a cosmopolitan island. Nonetheless, it has managed to preserve those elements which belong customarily to the folk tradition.

Cultural events on the island – traditional or otherwise – can be found year-round, though they reach their peak in the summer. On the one hand, the big cities organize summer festivals embracing every sort of matter in the spectrum of folk art – usually lasting days or weeks. In this category, we can put the Kyrveia (Ierapetra), the Kornareia (Sitia), the Summer festival (Heraklion) and the Renaissance festival (Rethymnon). On the other hand, there are many villages in Crete that organize various smaller festivals and traditional celebrations. There are feasts and carnivals, Cretan music and a rich artistic output that retains the linkage between Crete today and that of times gone – a past that lives on, albeit constantly evolving. Thus, in the big cities, you can get a taste of the cosmopolitan and contemporary art scene, whereas, in the villages, you may experience old-style festivals accompanied by traditional music, much dancing and local delicacies.

Every summer the traditional festivals and fairs are the primary attractions of the Cretan villages, for locals and international visitors alike. In particular, they provide occasions for social gatherings and the maintenance of old customs and habits. The festivals are usually connected to a religious occasion, taking place in the village square where there is dancing to the tunes of the lyra and the lute – of course, accompanied by plenty of local food and wine.

The most significant of these summer festivals is probably the one associated with the Assumption of the Virgin Mary that takes place on the 15th of August and is a national holiday. This is a public holiday all around Greece and even though it is only one day, there are various festivities associated with this day in the last two weeks of August. Other times, these traditional festivals are organized around a local product. Thus we have the Potato festival (Tzermiado on the Lasithi plateau), the Festival of Wine (Dafni, Heraklion Prefecture), Festival of Pottery (Thrapsano, Heraklion), Festival of Citrus Fruits (Garazo, Mylopotamos), Festival of Shepherds and their Cheeses (Zoniana, Mylopotamos) and so on. The local product is celebrated and consumed in large quantities but be assured there is other food, music, and dancing as part of the event as well. 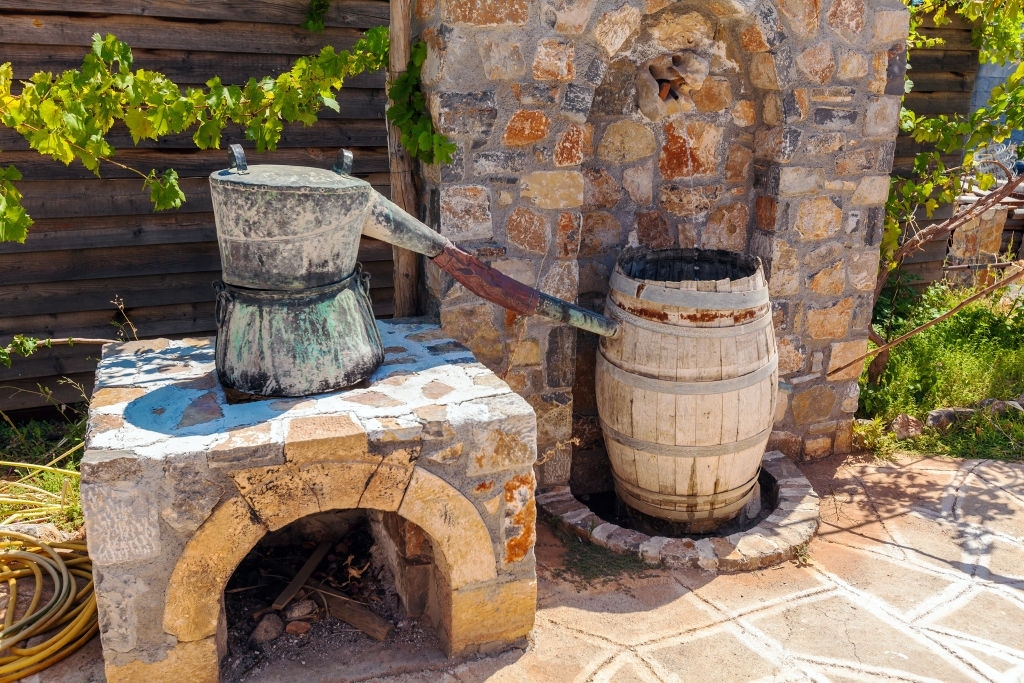 This is the process of raki-distilling when the grape-must is converted to liquid fire. The must is what remains once the grapes have been pressed for wine. The ritual of raki-distillation is performed all over the island after the harvest and in particular between October and mid-December. The event takes place at the kazania – around the copper or modern stills, which are to be found wherever grapes are grown. Some are almost industrial in scale and export while others are small local producers. Usually, a part of the process is accompanied by a small feast with food, wine and obviously warm and fresh raki! All this has an important and central place in society as raki, or tsikoudia plays a vital part in Cretan culture.

The city of Rethymno honours its past by organizing (over the last 25 years) the Renaissance Festival. Every summer, the festival brings to the city music, art exhibitions, theatrical performances – all drawn from the Cretan and European Renaissance – as well as childrens’ events and other happenings. The festival is always a success and there are various events for everyone, with happenings housed in the Fortesta, in Venetian churches, the mosques, as well as in the streets and squares of the town.

In recent years, Heraklion has established the vibrant Heraklion Summer Festival, which combines theatre, music, dance and the visual arts, with the participation of important Greek and foreign artists. This includes also several events that involve local groups and clubs. The performances take place primarily at the outdoor-theatres of ‘Nikos Kazantzakis’ and ‘Manos Hatzidakis’, both located in the moat outside the Venetian walls to the south, and also in other recently renovated spaces in the gates and galleries of the same walls, as well as in the main Plateia Eleftherias Square next to the Archaeological Museum of Heraklion.

One of the newest projects on the island – with tremendous potential and surely destined to play an important role in the coming years is the Houdetsi Music Festival. It is organized by the musical workshop ‘Labyrinth’ and is the brain-child of Ross Daly. The festival takes place in early August and includes dozens of concerts, spotlighting major Cretan artists and musicians from all around the world. It covers a wide range of music tastes – from the most experimental to the ultra-traditional, and naturally includes dancing too! At the same time, there is often a bazaar, a market with local produce, and an exhibition of musical instruments.

The carnival of Rethymno has a long history as it was first established in 1914. Recently it has developed even further so that almost all of the city is actively involved; many thousands of visitors arrive here from all over Crete and indeed the whole of Greece to participate. The festivities last for several days and reach their height during the Ceremonial Parade on the last Sunday of Apokrias. A key feature during the festival is the ‘Treasure Hunt’ – a game for children and adults alike. It spans the whole city and the participants are organized into teams. This also provides an excellent way for the locals and visitors to learn more about their city and its history. A similar festival has also been established in Heraklion.

This is a three-day event, taking place annually in July and it is dedicated to Agios Hyakinthos – the Cretan “Saint of Love”. It takes place in an area a little outside the village of Anogia, on the slopes of Mount Psiloriti at an altitude of about 1200 m. Each year the festival has a different theme, which often combines traditional Cretan music and folk traditions with those from other parts of Greece, or even from further afield in the Mediterranean. At the same time, there are workshops showcasing traditional cheese-making methods – whilst guests can drink raki and other Cretan delicacies.