The character of Crete and the Cretans is reflected in their music and dance. Crete is one of the very few places in Greece where the traditional music heritage is growing rather than remaining static or even withering away.

The Greeks of old believed that the Cretans had discovered a special way of communicating with the Gods through music and dance. According to Homer, the Shield of Achilles was decorated with the scene of a party at the Palace of Knossos, and he also mentions circular dancing floors, like some recently discovered at Knossos. Contemporary Cretan dance is especially energetic, fast and characterized as warlike and aggressive. Many dances are for men only. In particular, they mirror aspects of Cretan nature – the storm-tossed sea or the wild and craggy mountains. The slower dances are generally for women and focus on the themes of marriage and love. 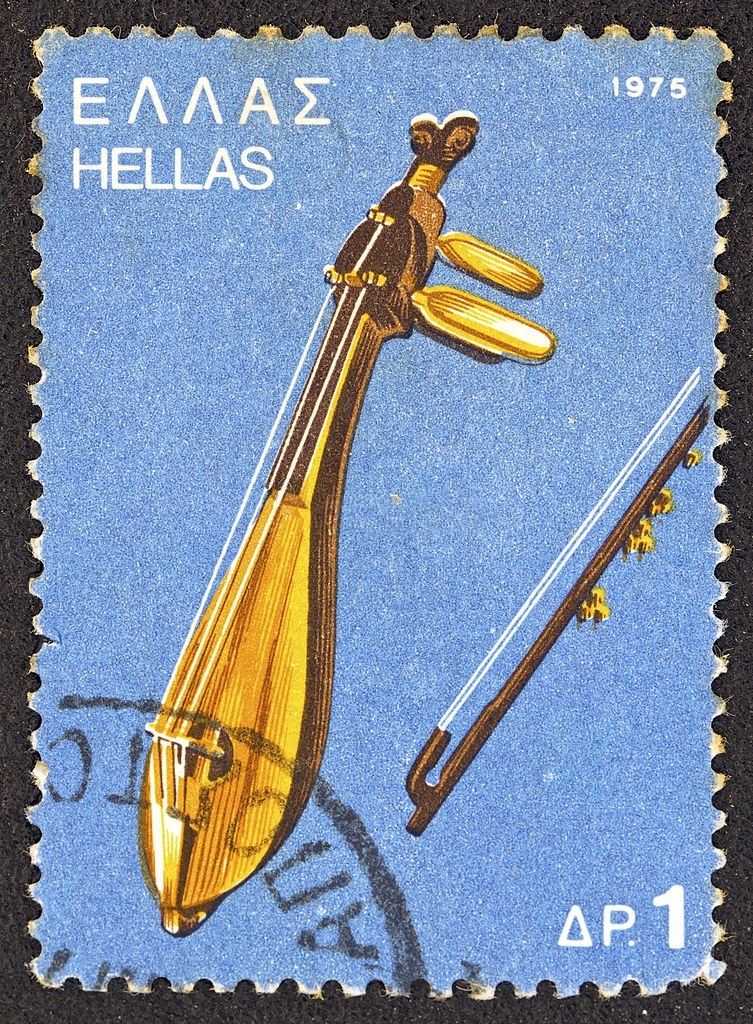 Pentozales is perhaps the trademark dance of Crete and is performed all over the island. It is exceptionally lively and rapid, particularly at the end.

The basic steps are five in number (hence its name, pente = 5, zales from the word to jump, with a play on the word for dizzy) and it is based on a rhythm with 8 beats to it. The dance is performed with arms placed on the shoulders of those next to you, in an open circle.

It is said that the dance was invented by Daskalogiannis (the hero of the Cretan Revolution of 1770) and his chieftains, who decided to create a new and warlike dance – to symbolize the revolution, the fifth to date.

It was to be the fifth ‘leap’ against the Turks, so to speak. Unfortunately, the revolution failed and Daskalogiannis met a most tragic end but Pentozales remains as a remembrance of his attempt.

An equally well-known dance of Crete is the Syrtos (Chaniotis). It has a 2/4 rhythm and even though not as fast as the Pentozales or the Maleviziotis, it requires an equal amount of skill. Variations on the dance exist – concerning the steps and the melody. To the west of Crete, it is more dynamic, whilst to the east, it is more ‘lyrical’. Its origin probably is in the west, from the broad region of Chania which is where the alternative name “Chaniotis” comes from.

Sousta is a particular dance where the partners face each other, which also contains many elements of the old war-dance, the phyrrikos. Performed by men and women, they are first arranged in a semicircle and move around alternating, before they separate off into couples. Essentially the dance tells a story of love and seduction. The man in various ways (with hugs, turns and small jumps) makes advances to the woman, who at first resists the call. But gradually she gives in until at the end they are as one. The story is unfolded through the dancing and expressions of the performers, the interplay between the couple demands great skill and coordination.

Kastrinos Pidichtos or Maleviziotis is perhaps the most lively dance of Crete requiring a great deal of jumping. It consists of sixteen steps, eight in front and eight behind, and is set to a rhythm of 2/4. The orchestra plays the lyre, violin or ascomantura (a bagpipe-like instrument) and they are followed by the lute. It can often be played with a mandolin. This is another dance that is set in a circle, with the dancers’ holding hands and the palms at shoulder height and the elbows bent. It requires a lot of enthusiasm and grace and allows the first dancer to improvise without restrictions. It is considered by many to be the most beautiful and impressive Cretan dance. The dance was first performed in the province of Malevizi (hence the name Maleviziotis), which is located near Heraklion, or Castle as it was called in the past, and from there it takes its other name “Kastrinos”. In Chania, the dance is called Kastrini Sousta. The dance spread to the rest of the island, during the 1920s. From researchers, we know that this is not necessarily a war dance. The first view is that it was a pagan ritual, where the jumps and leaps of the dancers fell on the earth and drove away evil spirits.

The Cretans generally had various forms of music and dances and over the years naturally ceased to distinguish their warlike or ritual character.

A characteristic historical report about the Cretans, their festivals and probably the Kastrinos Pidichtos has been left to us by the French visitor to Crete I. Barotsos who in 1546 happened to be somewhere near Sfakia and characteristically states:

“Being in a village, near the residence of I. Barotsos, in the town of Sfakion, I was at a party where villagers came, some with their fiancés and others with their wives. In the scorching heat, not in the shade, but in the strong July sun they were loaded with weapons and did not stop dancing until nightfall, so strangely dressed and loaded with a quiver with about 150 arrows, which they had on their backs and with a bow well-stretched hanging on their arm and with a sword on the side they danced, trying to make the most beautiful and tallest jumps “.

In Pidichtos, the first dancer is often detached from the circle to be able to make the impressively twisting jumps many times, improvising on the rhythm constantly. Essentially the first dancer has a solo part and essentially composes his own dance act. The female first dancer can also dance the solos with more graceful, delicate, slightly leaping steps, combining fast turns, and intricate moves.

Siganos, as the name suggests (Siganos=slow), is a slow dance, performed almost at a walking pace. The performers clasp each other’s shoulders. It has 6 or 8 steps, depending on where it is danced, but the music has an 8-beat rhythm. It is said that it represents the escape of Theseus from the Labyrinth. Not enough historical evidence or literary references exist to be sure of its origin, but most likely it was invented in the time of Ottoman rule.

This is another Cretan dance that belongs to the “leaping” family. Just like previous mentions, they share a common origin in the old Pyrrichios dance and express the nobility and modesty of the East Cretans. In Sitia, it is called ‘Stiako’ and in Ierapetra ‘Gerapetritiko’. Without a doubt, it is the most representative dance of East Crete.

Trizalis is another “leaping” dance, performed only in the Rethymno prefecture – and chiefly in the area of Ampadia in the Amari district. The name of this complicated dance comes from Tri (=three) and zala (=jumps/steps). It is performed whilst holding your hands up, and with the elbows bent.

This is one of the dances on the island that has started to disappear. It was performed once in the mountainous regions, especially in Lassithi and had various forms. The first part starts with the men, with hands held aloft, moving away and backwards from the women who face them. Men and women continue to dance in opposite directions until they reunite, once more forming the circle with which the dance began.

This is a war-like dance from the Anogia region – characterized by jumps, rapid steps and loud stampings of the feet on the ground. According to tradition, it descends from the old dance of the Kourites who with their footsteps and clash of arms tried to cover up the cries of the newborn Zeus.

The name of this dance comes from a couplet sung at the start of the dance – with an allegorical reference to basil. Once it was sung and danced at every festival, especially in the mountainous areas of Ierapetra and Merambelo.

A joyful and comic dance, performed at festivals in the spring, Zervodexos got its name from the way the dancers move to the left (zerva) and the right (dexia). The changes in direction occur when the lyra-player produces a specific high note.

This dance has 11 steps and is performed to the accompaniment of a lyra; it is another version of the Pentozales. Mostly danced in Rethymno, and more specifically the Amari valley, it is also found in the neighboring regions. It is said that it was first performed in 1800 at Ampadia in Amari – hence its name.

Dames (daam-ez in pronunciation) is a circle or chain dance found in the villages of the Rethymnon and Chania prefectures. The woman holds in her left hand a handkerchief, whilst the man next to her holds its other end. When the lyra-player sings out ‘Dama’, the male releases the handkerchief and dances with the woman opposite him.

There are plenty of other forgotten dances, some being variations on existing themes. Some of them are the Apanomeritis, the Roumathiani Sousta, the Rodo, the Dournerakia, and the Lazotis or Lazotikos.