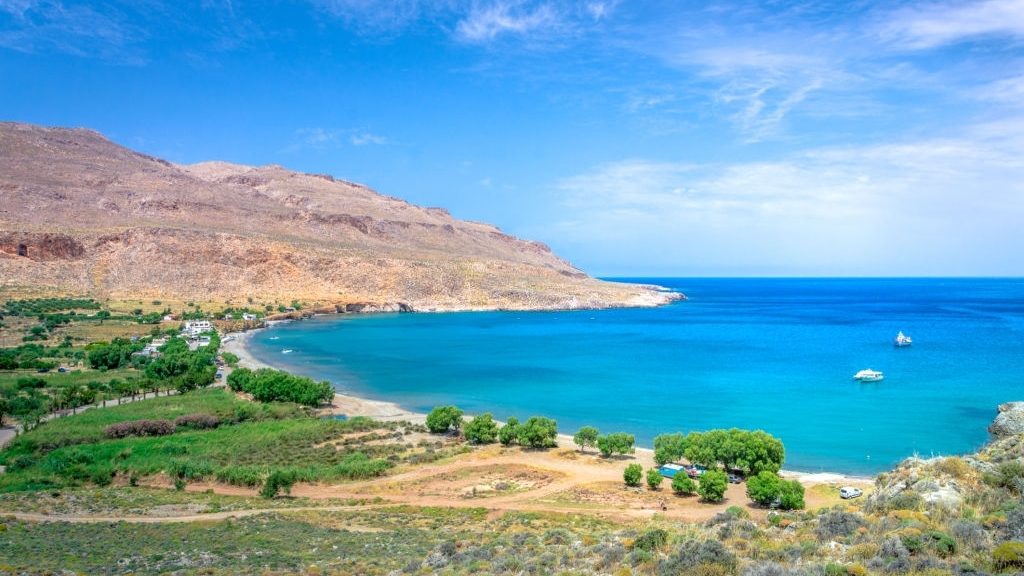 Of all the Minoan palatial towns, the Minoan Palace of Zakros and the city was the one situated further to the east. It was built on the south-eastern coastal area of the province of Sitia, 45 km from the town of Sitia and 115 km from Agios Nikolaos, on the shore of a well-protected bay, at the outlet of a small valley.

The well-known English admiral T. Spratt mentioned Kato Zakros in the mid 19th century as an important archaeological site. Towards the end of the 1800s, the Italian archaeologists F. Halbherr and L. Mariani conducted a trial dig and a survey there which yielded several vessels with rich decorations, some of which are dated to the Mycenaean period of Knossos.

As mentioned by Mariani:

“A pre-Hellenic city, noticed by none until today, at the extension of a gorge, covering three ancient sites which are located only within a few minutes from one another, near the sea; the big city of Kato Zakros, one of the most ancient Cretan cities”.

This sizable city at Kato Zakros existed from the Minoan period until the Roman era. It was the largest settlement of the Eteocretans, second only to Praisos. Cemeteries used by the inhabitants of Zakros were to be found on the surrounding heights, such as Traostalos. In the so-called Gorge of the Dead, where visitors can hike numerous tombs have also been discovered. The busy port of Zakros, which was exposed only to the east winds, and sheltered from the north, the south and the west winds, was most likely mainly used in the Minoan period, as a trade centre and an intermediate station for ships that travelled to and from the African and Asian shores. This must have been the place where various raw materials and other wares were gathered, probably imported from Egypt and other countries of the East, in order to be worked or transported to other major, populous centres of Minoan Crete, such as Knossos and Phaistos. 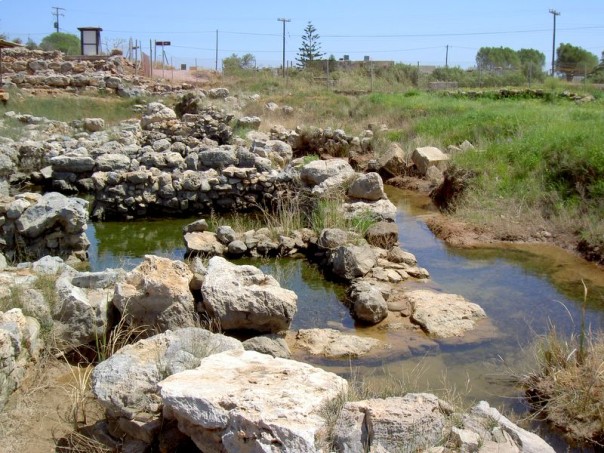 In 1962, Nikolaos Platon began his archaeological excavation at the eastern slope of the hill of Agios Antonios, where he discovered the fourth Minoan palace of Crete, several districts of a Minoan town and numerous burial grounds. The meticulous construction work of the building, its large size (it was a multi-storied construction, with more than 300 rooms, which covered an area of more than 8.000 square metres), the labyrinthine layout of the various rooms and the fact that they were built around a central court, are characteristics typical in all Minoan palaces. The numerous storerooms, the abundance of pottery and the large quantities of raw materials such as ivory and copper, found in the form of ingots, also confirmed the opinion that this was a new palace complex. The finds from Zakros seem truly royal; in many cases, they are regarded as superior to those found at the other Minoan palaces, and bear witness to the rich, luxurious life led by the rulers of Zakros, in such a remote place, almost isolated from the rest of Crete, at the easternmost corner of Sitia.

Established in a rather poor hinterland, Zakros managed to accumulate wealth nonetheless. Its success was due to the trade it conducted with Egypt and the Asian coast, and also the manufacture it developed, using raw materials (ivory, gold etc) imported from the East by Minoan tradesmen. An opinion expressed in the past, according to which works of art and other items of exquisite Minoan handicraft were produced exclusively in Knossos and then shipped abroad from the port of Zakros cannot be supported today; indeed, many of these products were most likely made by artists from Zakros.

The most important of these finds can be seen today in the Archaeological Museum of Heraklion, while others are at display in the Archaeological Museum of Sitia. The palace complex at Zakros was suddenly and utterly destroyed, never to be rebuilt. Judging by the pieces of volcanic matter found on the site, and considering the scientific observations that describe the displacement of walls during a catastrophic incident, new clues were uncovered. It seems that the collapse of the palace of Zakros came about as a result of the devastating earthquake, which occurred during an eruption of the volcano of Thera – Santorini, circa 1500-1490 BC. This sudden catastrophe and the fire that followed covered everything with rubble. The palace must then have been deserted and apparently remained forgotten for centuries, given the fact that it was found unplundered.