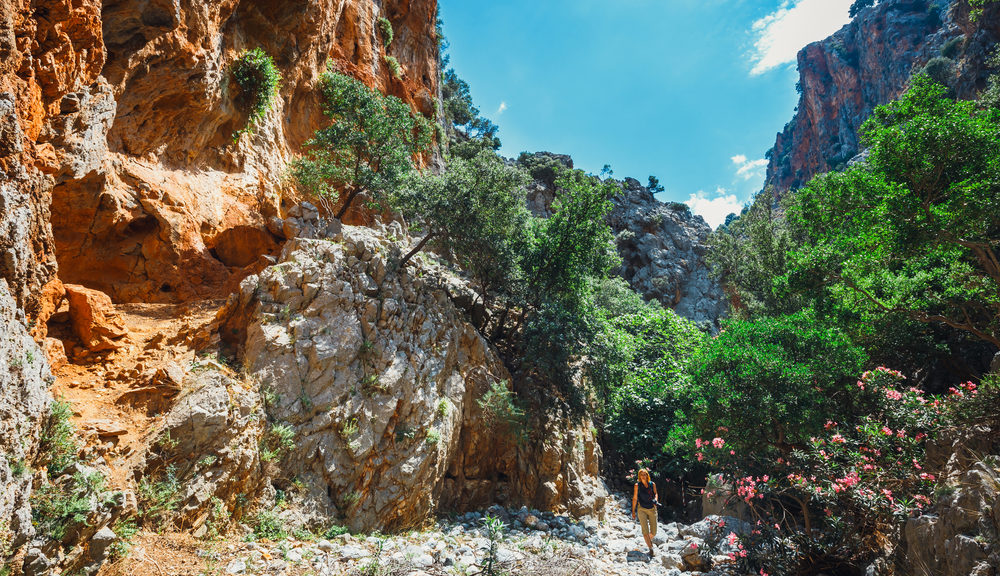 The gorge of Kritsa begins at the north-eastern exit of the historical village of Kritsa and ends up at a flat area 2,5 kilometres to the north. Continuing in the watercourse from this point, one arrives at the entrance to the second section of the gorge, which is a lot more difficult. After a tiring climb, it leads to the foot of the Tsivi peak, over Katharo plateau. 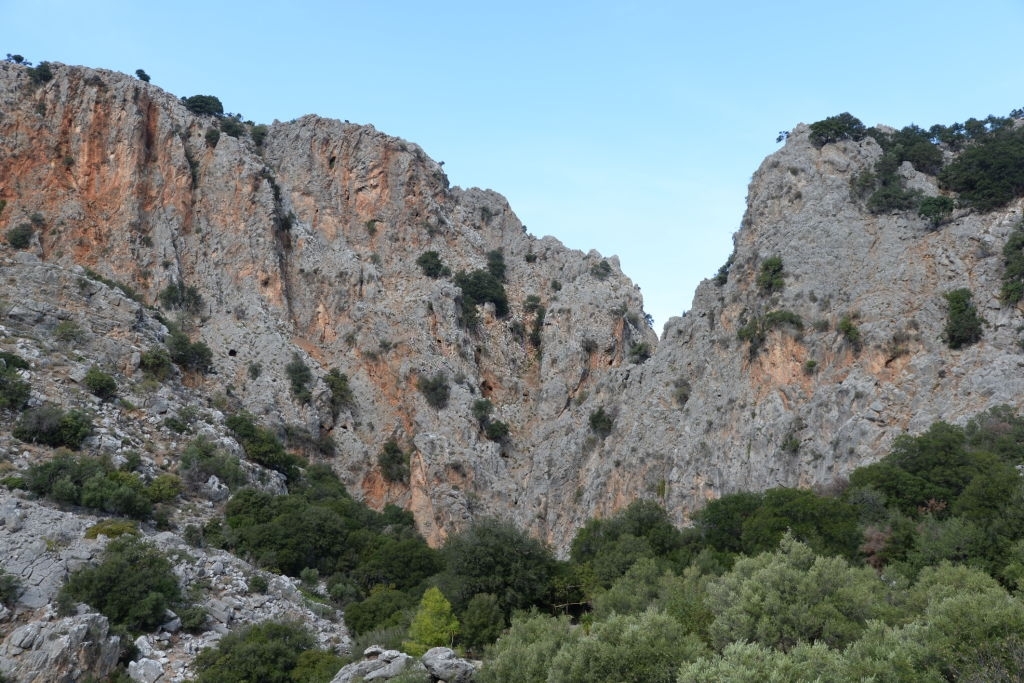 The first section of the gorge is ideal for trekking. It is 2,5 kilometres long and requires approximately 1½ to 2 hours to pass through and return to Kritsa. The elevation difference between the entrance and the outlet of the gorge is approximately 200 metres. From Agios Nikolaos, the village of Krista is less than 10 km in distance.

The scenery inside the gorge is stunning. The watercourse is thick with plane trees, oak trees, oleanders and many kinds of plants that are endemic in Crete. Also, numerous birds find shelter in the pockets of the cliffs of the gorge. These walls are very impressive in height and certain areas close in together (max 1,5 metre). To cross some parts, one has to climb on slippery rocks to pass through the watercourse.

The plateau of Katharo (meaning “clean” in Greek), is located at an altitude of 1150 m, in Lassithi, in eastern Crete. It can be accessed by car, from the village of Kritsa in the east, and if you are following the E4 trail you can also walk from the village of Agios Georgios in the north. This is a wild and untamed area, where you will encounter mostly shepherds and goat herds, with magnificent views of the Lassithi plateau and there are also a few tavernas with excellent local cheeses that you must try. Historically, the area was an important agricultural region, but there were almost no permanent residents and access to water and electricity is still challenging. In the winter, the area is thick with snow and most people move to nearby villages. The land of the plateau is community-owned, and cultivation is only allowed to residents that must pay back a percentage of their earnings to Kritsa. Another attraction in the area that is worth seeing is the ancient city of Lato.