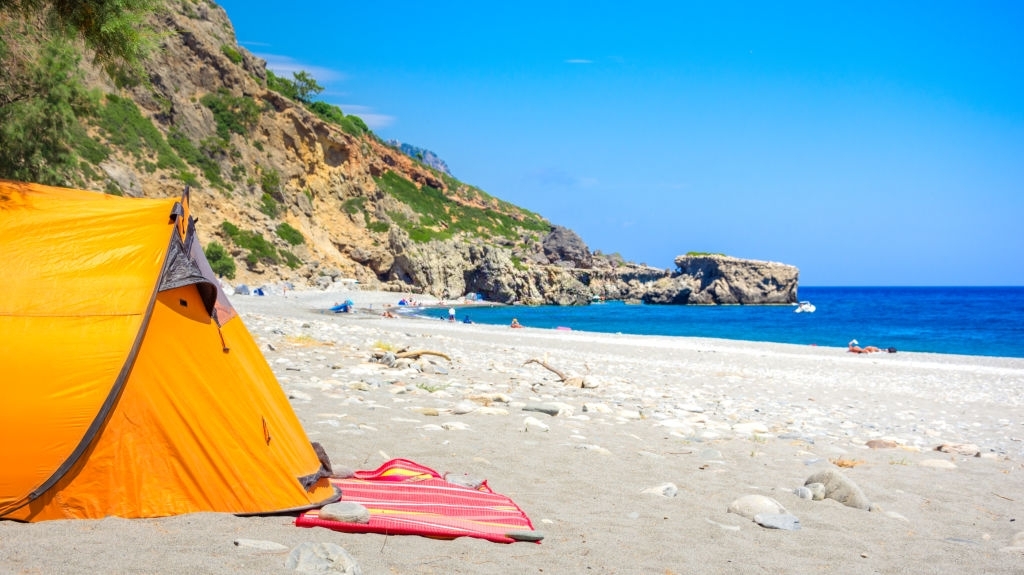 This route passes through historical villages, natural monuments of outstanding beauty, ancient towns, and then ends up at the coastal settlement of Sougia, which can serve as the starting point for exploring the southern coast of western Crete. Since the route is characterized by great historical and natural wealth, and the degree of difficulty is significant due to the geomorphology of the region, it is preferable to split it into several parts.

We set off at Chania and cross the flat agricultural landscape of the Vamvakopoulo area. Next, we continue in a southerly direction, on the road which leads to the legendary gorge of Therisso and to Therisso village, which is situated in a small valley, deep in the gorge. Walking down the 6 kilometres long gorge, we have the chance to admire its impressive vertical walls, running waters and lush vegetation, all the way to the village. The village of Therisso has linked its name with the revolt stirred up by Eleftherios Venizelos in 1905, which led to the resignation of Prince George and the Union of Crete with Greece (1913). Several historical monuments can be seen in the village, such as the headquarters of Venizelos and the National Resistance Museum. A mill where the Turks crushed a young woman to death, as they destroyed the whole village during the revolt of 1866 can also be seen. Therisso is well worth a visit for yet another reason, tasting the famous dairy products of the region and dining in the local tavernas.

Next, we continue uphill in a southerly direction, along the road that meanders up the slopes of the Lefka Ori. We soon reach Zourva, a village built in a cypress tree forest, which offers a beautiful view to the southern area of the Chania prefecture. From Zourva, we descend to the village of Meskla, in a valley full of olive and orange groves, running waters and cool water springs.

In the church of Christ the Saviour (Sotίras Christós) one can see frescoes of the 14th century. The Dormition of the Virgin (Kίmisi tis Theotókou) church is probably built on the site of (and with materials from) an ancient temple of the Pàndimos Aphrodite. Meskla is linked to a bloody revolt known as Kantanoleon’s Revolution against the Venetians. Leaving Meskla, we drive along the valley to the village of Fournes. From this point onward there are two options, we can either take the road that returns to Chania or continue to the plateau of Omalos.

This is a somewhat easy route through narrow roads with relatively gentle slopes until Therisso village. After you cross the beautiful gorge of Therissos, the rest of the route is quite tiring as the road goes up and down several times on the northern slopes of the White Mountains and then traverses the beautiful valley up to Fournes village. Nevertheless, the natural environment and the views will reward you accordingly! 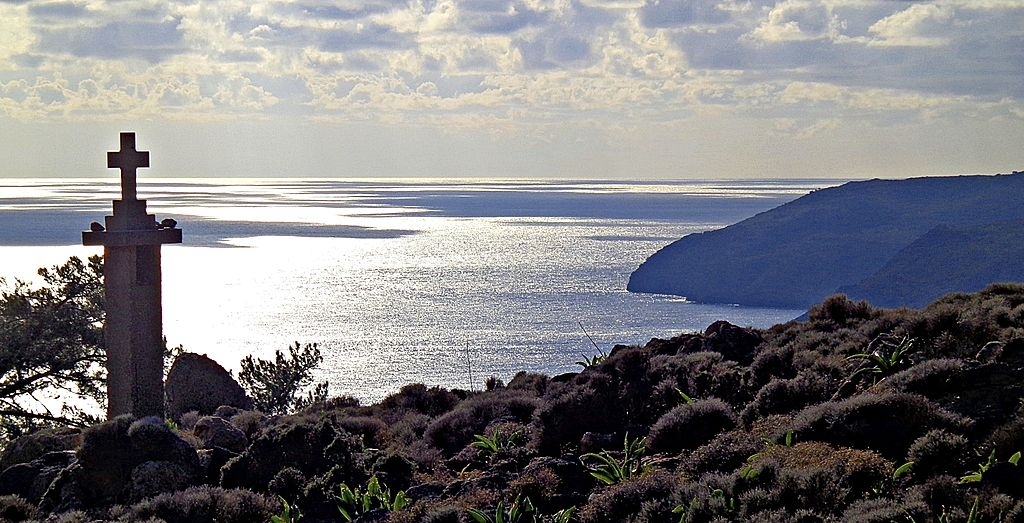 If we choose the second option, we turn southwards towards the historical village of Lakki, where the Mavrogénis Revolt against the Turks broke out. Lakki is the last village before the famous Omalos plateau.

Omalos (1.080 m) is one of the largest plateaus of Crete; it is roughly circular in shape and it covers an area of approximately 25 square kilometres. The plateau is surrounded by numerous impressive peaks, such as the peak of Gίgilos (2.005 m) and Volakias (2.117 m), which are the highest ones.

Throughout the plateau, one can see numerous old stone-built constructions, called mitata. In the past, these served as temporary homes for the stock breeders and farmers of the region, from April until October. Most of the mitata have a square plan, a single room, and a central wooden pillar which used to support a flat roof. Today, contemporary buildings prevail, while these dry-stone constructions have been abandoned. At the northern entrance to the plateau, which is located at its lowest area (1.050 m), there is the cavern of Tzanis where all the water not absorbed by the ground of Omalos drains into. Even today, the cavern has not been fully explored. Omalos played a significant role during the revolts against the Turks and proved to be an ideal refuge and headquarters for the revolutionaries.

Xiloskalo, which is situated at the south-eastern side of the plateau, is the starting point for the hike down Samaria Gorge. This is the largest and most imposing gorge of Crete and the only National Park of the island; it has been listed as a Protected Monument of Nature by the European Council. The hike down the gorge takes 6 hours on average and can only be done during the summer months. From Seliniotikos Giros, the south-western exit of the plateau, we follow the road which leads to the villages of Eastern Selinos area. We stop first at the little village of Agίa Irini, where the Agia Irini gorge is located. It is one of the most impressive gorges of the region, rich in forest vegetation, and also a wildlife sanctuary. In the past, it also served as a headquarters for the revolutionaries of the area.

A route planned by the Forest Authority leads to the southern entrance; once there, we can continue exploring the area, which has many sites worth seeing. It should be noted, though, that the hike down the gorge, which is 7,5 km long, takes approximately 3 hours and the outlet is located at a distance of about 5 km from the coastal settlement of Sougia. Leaving the settlement of Agia Irini we continue on the main road, passing by ancient Elyros, and end up at the scenic fishing village of Sougia. This was the port of the ancient town of Elyros, which flourished until the Classical era and was destroyed by the Saracens in the 9th century AD. This beautiful beach is known for its cool waters and the tamarisk trees, and each summer it hosts numerous visitors, mostly campers and those partial to nudism. Sougia can serve as a starting point for boat excursions to Paleochora, Loutro, Chora Sfakion, Gavdos and Agia Roumeli. Those who enjoy trekking can pass through a small yet beautiful gorge which is to be found west of Sougia and, following the E4 path, end up at ancient Lissos, which is situated in one of the most amazing landscapes of southern Crete. Lissos was a wealthy ancient town that minted its own currency and had one of the most important Asklepieίa (Asklepieίon =ancient healing temple, sacred to the god Asklepiós) of Crete. Excavations have brought to light numerous statues (among them those of the gods Asklepiós, Hygeίa and Ploúton), which can be seen today at the Archaeological Museum of Chania.

This road trip is quite tiring and requires long drives on narrow roads with steep slopes, especially in the section from Lakki village to Omalos plateau. Along the route, you will initially drive on the northern slopes of the northern White Mountains, in a landscape full of orange groves and orchards. After Lakki you will start to drive steeply upwards and the scenery will become increasingly rough and wild. At the end you will see, hidden inside the compact body of the mountain, the Omalos plateau.

This point can be the final destination of your trip or the starting point for the next part of the journey to Sougia. On the last section, you will descend the eastern slopes of the White Mountains with spectacular views to the Libyan Sea and to the gorge of Agia Irene.