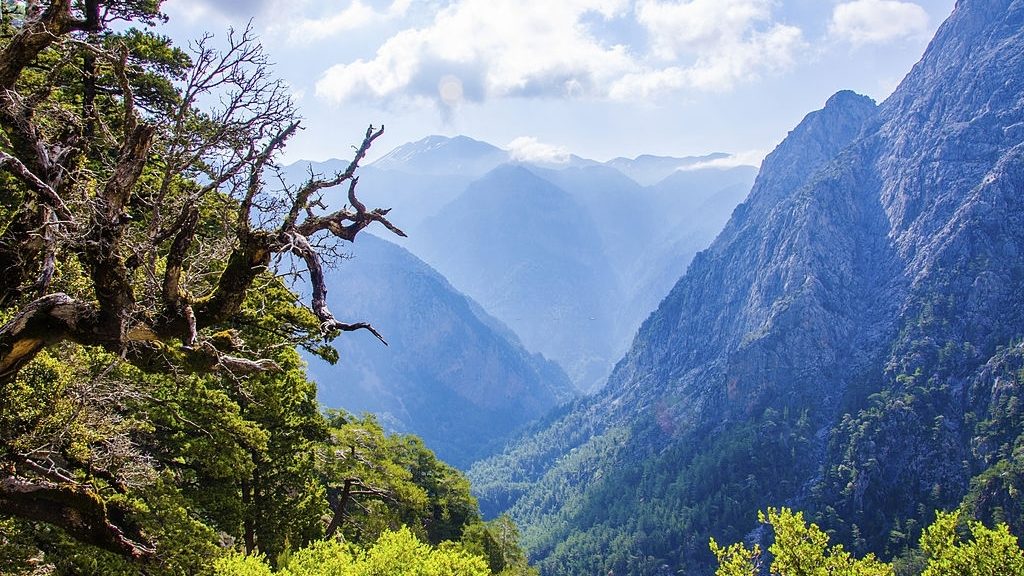 Omalos Plateau is located at the White Mountains range and is one of the great plateaus of Crete. An irregular circle, a polje (a large, flat plain found in limestone karst regions), of some 6 sq km, it is surrounded by peaks – Koukoule (1640 m) to the east, Gigilos (2005 m), Volakia (2117 m), and Psilafi (1936 m) to the south, with Trouli (1455 m) west and Katrinari (1318 m) to the north. The north region, called Lakkiotikos Gyros, is part of Lakkoi, whilst to the south, the Seliniotikos Gyros is part of Aghia Irini. 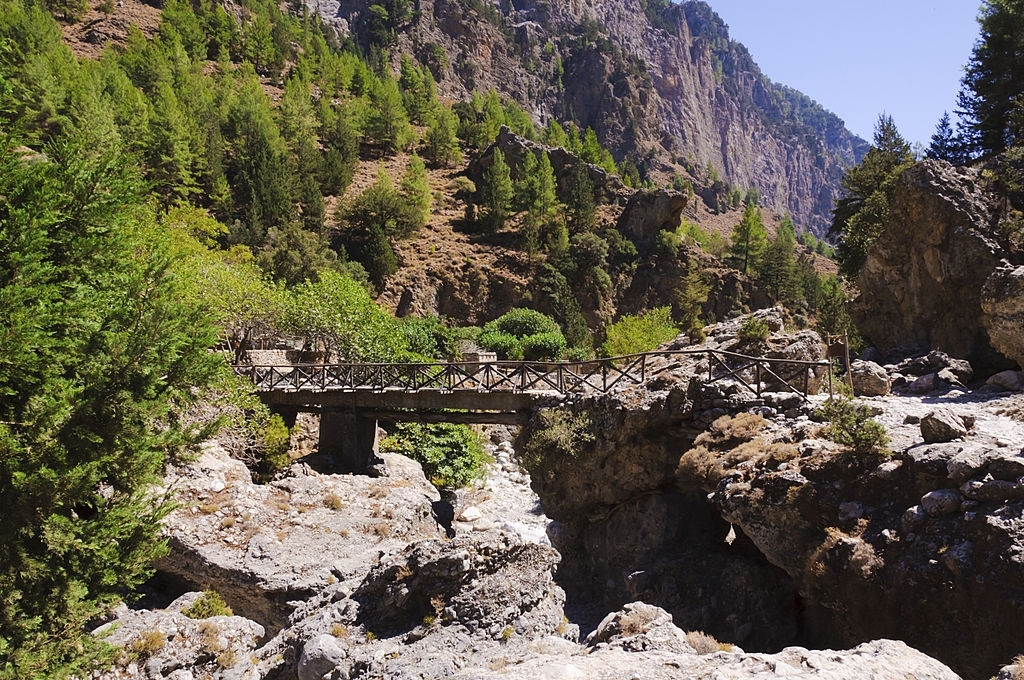 All across the plain are old stone buildings, consisting of a simple square area – just a single room with a central wooden pillar supporting the flat roof. They served as residences for the shepherds and farmers of the region between April and early October. Today modern buildings exist; the old dry-stone ones are abandoned. Cereals and potatoes were once grown here. Access is mainly from the north where lies the Neratzoporta pass (1080 m) and from the southwest by the church of Aghios Theodoros (1129 m). Another way in is through Xyloskalo (1227 m) and from the flank where the Samaria Gorge runs. At Neratzoporta to the north the legendary ‘way of Massouron’ leads up from Lakkoi village.

Below the north entrance, lower than the plain is the cave of Zane (1050 m). It is believed that the cave collects the water the plain does not absorb. Even today it has not been exhaustively explored; an English team from Birmingham University (Speleological Society) reached a depth of 2520 m in August 1967, where two galleries are visible. Local legend has it that this is where a shepherd lives, once ensnared by the nymphs, and music can be heard coming from the cave.

Omalos played a major role in the rebellions against the Turks and made an ideal refuge and base for the Cretan rebels. Around the border of the plain runs an asphalted road from Aghios Panteleimonas up to Xyloskalo. A little before Xyloskalo a small cart-track to the left climbs to the Kalliergis refuge-hut of the Mountaineering Club of Chania. At the north side of the Lakkiotikos Gyros, just below the hill with the house of Giannari Hatzimichali and the church of Aghios Panteleimonas are restaurants and small hotels. Here, visitors will find restaurants, local kafeneia and a small museum of natural history.