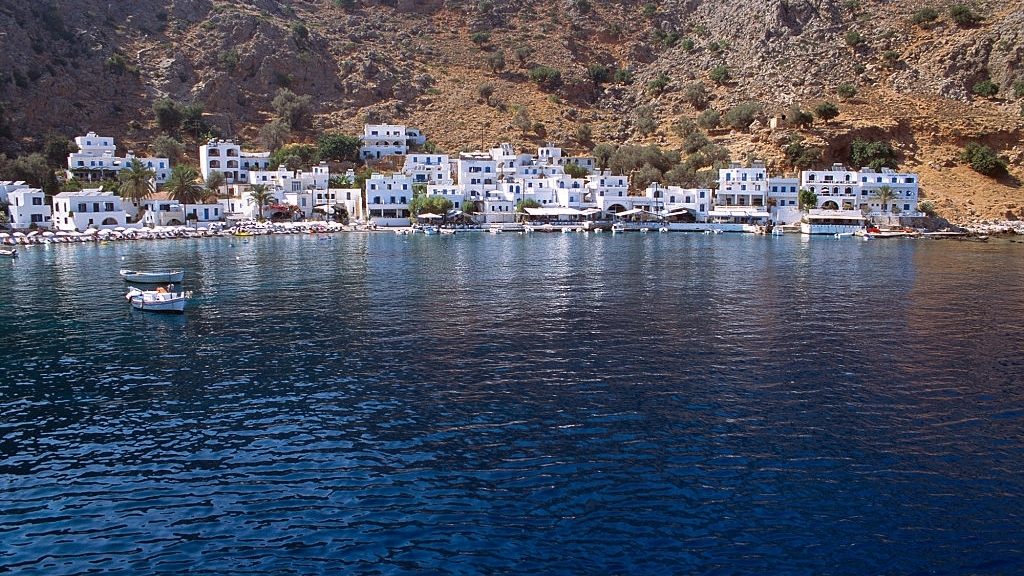 Loutro is a small fishing village on the southern coast of Crete, built low against a sloping terrain, looking out towards the Libyan Sea. It is a charming village, dominated by the colours white, blue and indigo, and as such feels more like an island in the Cyclades.

Its name means “bath” and originates from the ruins of the baths that were located here, and are still visible today. Loutro was the port of the ancient city of Anopoli, and water from here was transferred all the way to Anopoli. It also provided a safe harbour for the boats from the cities of Aradin (modern Aradaina) and of Anopolis. Loutro played a decisive role during the Cretan rebellion and its natural defences proved useful many times against conquerors. 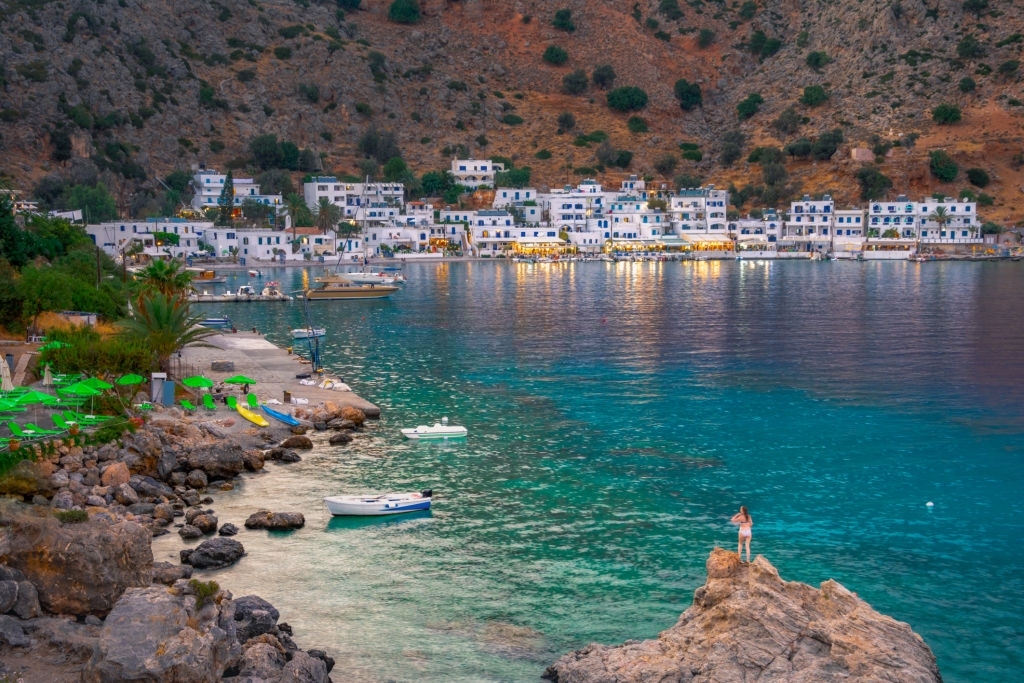 Because of the lack of a road network, Loutro is suited to those looking for a quiet holiday away from the crowds and popular resorts in the rest of the island. There are two main beaches in Loutro, one in front of the old baths, and a larger one immediately east of the village. Both have pebbles and crystal-clear water with vibrant deep blue or green colours. Some amenities are available to visitors, and there are various coffee shops, restaurants and accommodation options in close distance. During the summer months, Loutro is connected to the beaches of Marmara and Glyka Nera by boat. There are also larger ferries that link it to Chora Sfakion, Agia Roumeli (the exit of Samaria Gorge), Sougia and Paleochora furthest to the west.

While a remote and not easily accessible destination, Loutro attracts a wide range of people, from nature enthusiasts, that seek to spend a few days here after a hike, to yachters and laid back travellers looking for an intimate destination away from the cities. Loutro can also be reached by hiking the E4 trail either eastwards, starting from Agia Roumeli or westwards from Chora Sfakion. Alternatively, you can also drive to Anopolis, an ancient village to the north, which is 80 km from Chania and then hike down to Loutro from there. On the way to Chora Sfakion, you will pass by Glyka Nera beach, situated at the foot of a high cliff, with cold crystal clear waters. Before that, you will meet the beaches of Pervolakia and Timios Stavros.