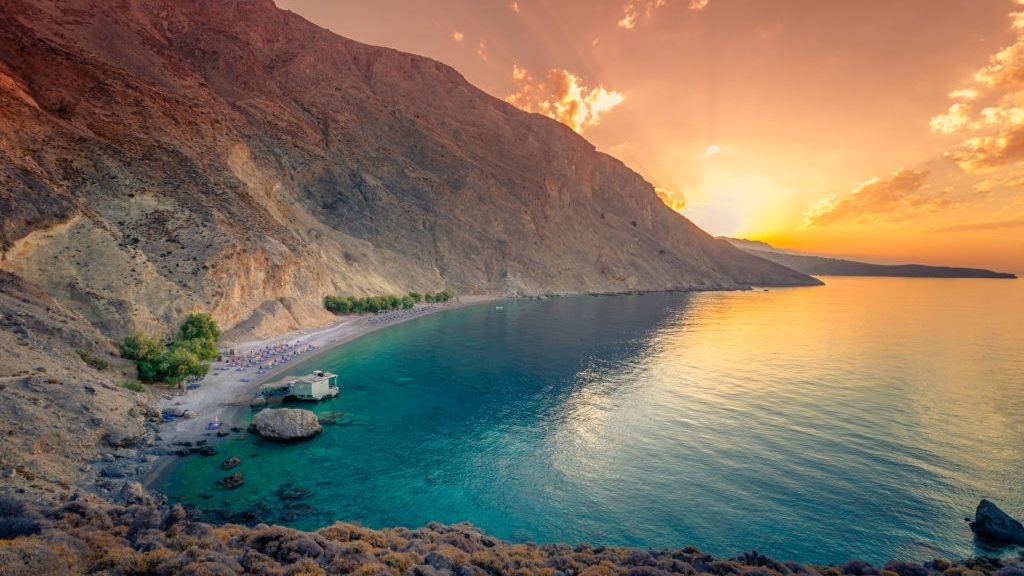 On the southern coast of Crete, between Chora Sfakion and Loutro, three consecutive bays house three small beaches. The two westernmost are known as Pervolakia – Small and Large, whilst the one on the east is Timios Stavros (the Holy Cross). Isolated and inaccessible by road (they can be reached on the E4 Walking Trail), they have small pebbles and rocks and are favoured by nudists. Quite undeveloped, they often lack natural shade. 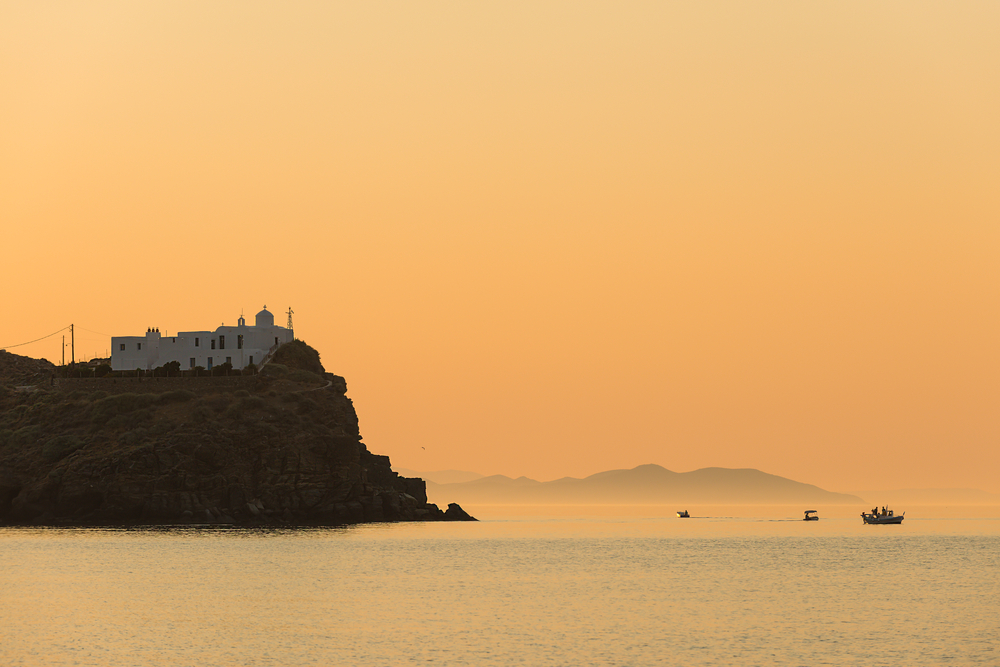 The next beach we meet is that of Glyka Nera, which in 2003, was named within the 20 Loveliest Beaches in Europe by The Times of London. 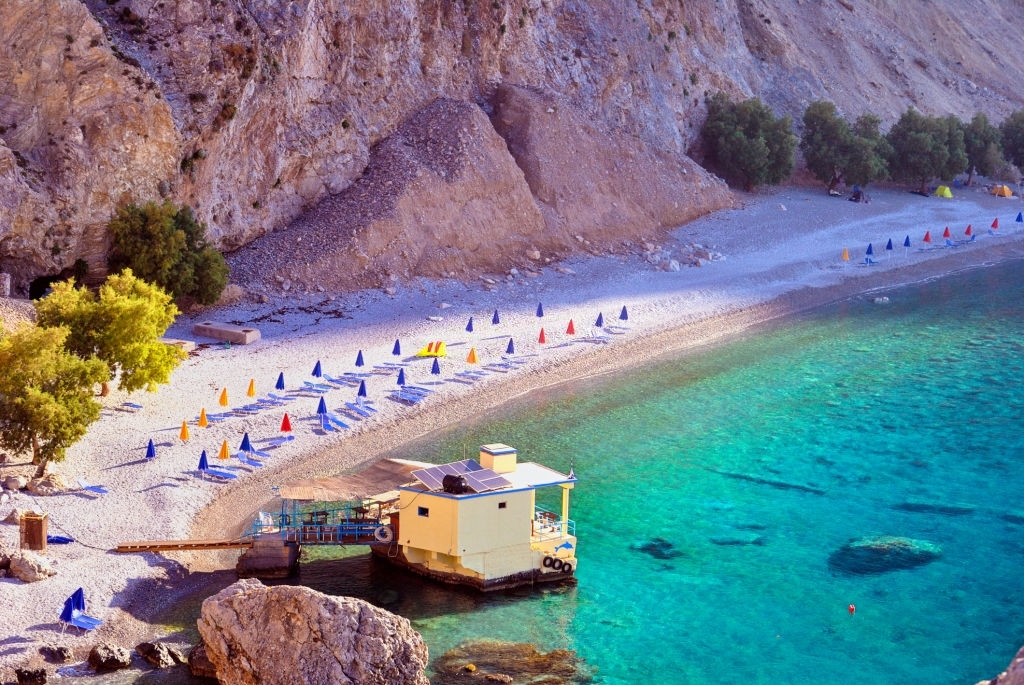 Glyka Nera takes its name (Sweet Waters) from the underground freshwater springs close to the sea (the water is drinkable) and sits at the base of a steep slope rising some 400 m. The scenery is sensational; a narrow and small bay, the beach is secluded and not crowded. The land drops away steeply into the deep waters, which are crystal-clear and very cold due to the underground springs. The water springs up here and there, creating small freshwater ponds along much of the strand; the largest even have steps to enter into them, so that bathers can enjoy the cool and refreshing water. A few tamarisk trees are there to offer natural shade, and a café-canteen sits on a rock in the sea; here you can obtain food and water, as well as rent sunbeds and umbrellas. Like others in the area, Glyka Nera is most apt for diving because of the rocky seabed. It is one also one of the most popular beaches for nudism in Crete. East of Glyka Nera, on the edge of a small gorge, is the attractive beach of Ilingas.

There are essentially two beaches at Ilingas, both with sand, rocks and pebbles; their clear blue water deepens abruptly and they are both excellent choices for diving and snorkelling. The first, to the west, is the larger: you can park nearby and walk down the steps to the beach, which takes less than 5 minutes. The second, to the east, is more isolated; you will need a boat from Sfakia, or to swim from the first beach. There are large caves that have not been explored yet on both beaches. Further along the road to the east, after about a kilometre, we arrive at the village of Chora Sfakion, which is wrapped around a natural bay at the foot of the mountain. 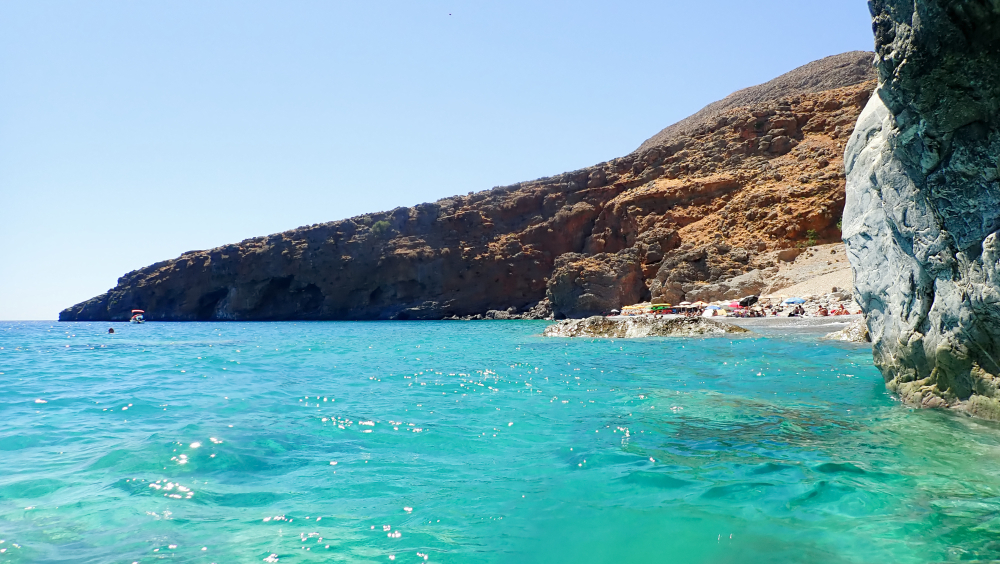