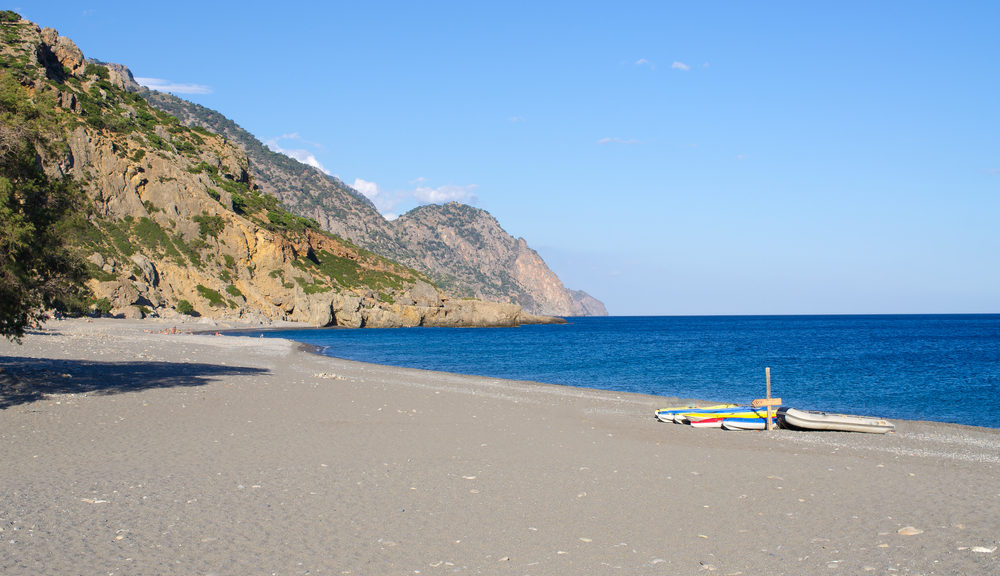 One of the most popular beaches on the southern coast of Greece, Sougia lies between Paleochora and Agia Roumeli. A scenic fishing village, Sougia retains the charm that made it popular with hippies in previous generations and the relaxing vibe that makes visitors forget their worries and return year after year. Sougia lies at the mouth of the impressive gorge of Agia Irini. This was an old city, once named Syia, or the place of Hogs and it acted as the harbour-town for Elyros. 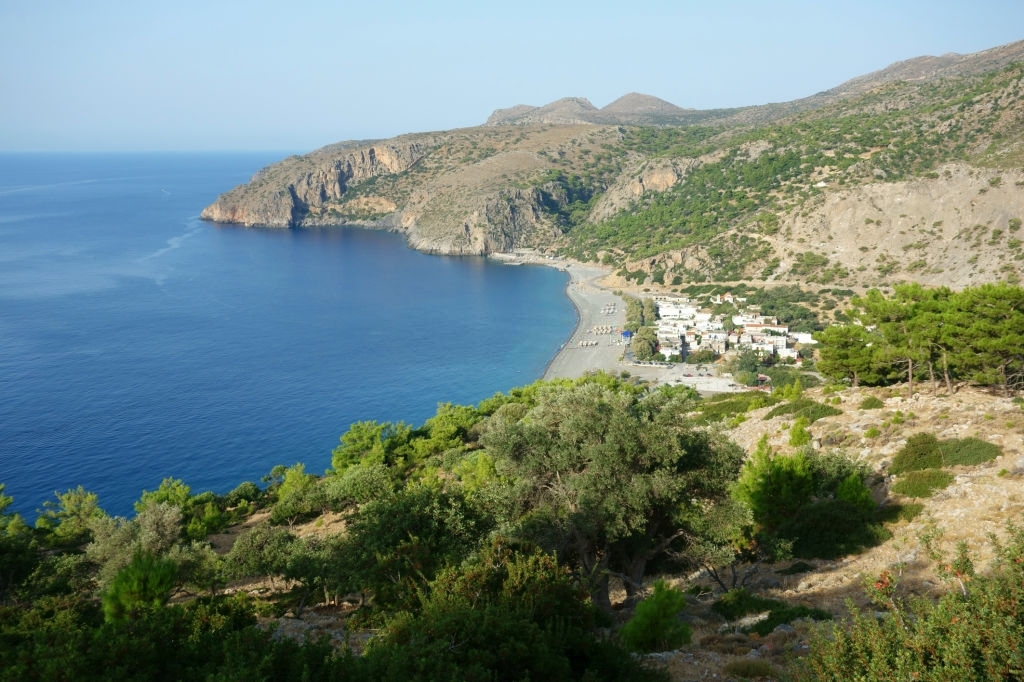 Elyros was a Doric city-state and one of the largest and most populated centres in west Crete. Its floruit was in the Classical period (500-350 BC), and it eventually fell victim to the Saracen Arabs that invaded the island in the 9th century AD. Its ruins are to be found on the Kefala hill, close to the village of Rodovani. The beach of Sougia is remarkable and known for its rugged beauty. More than 1.5 km in length, it has sections with pebbles and sand, and emerald icy waters that drop away suddenly. Due to its popularity, it is well organized with umbrellas, sun-beds and showers, various water sport activities, and a lifeguard! All along the beach grow tamarisks, where you can camp and enjoy their shade. The small cove at the east end is the perfect isolated spot and often frequented by nudists.

There are many things to do here if you decide to stay in Sougia. Plenty of accommodation options, restaurants, activities and hiking trails in the general area. Moreover, during the summertime, there are boats to nearby Paleochora, Loutro, Chora Sfakion and Agia Roumeli. The gorge of Agia Irini is characterized by its oak trees and once had a large pig population. Walking the gorge takes about 4 hours in total. To the west is a church, that of Agios Panteleimon, noted for its splendid mosaic pavements of the 6th century AD, depicting scenes from nature and Christian symbols like deer and peacocks. Proceeding east from Sougia, you will find the beach of Agios Antonios and then Trypiti. This area has no road access so you will have to walk the E4 European long-distance path or take a boat.