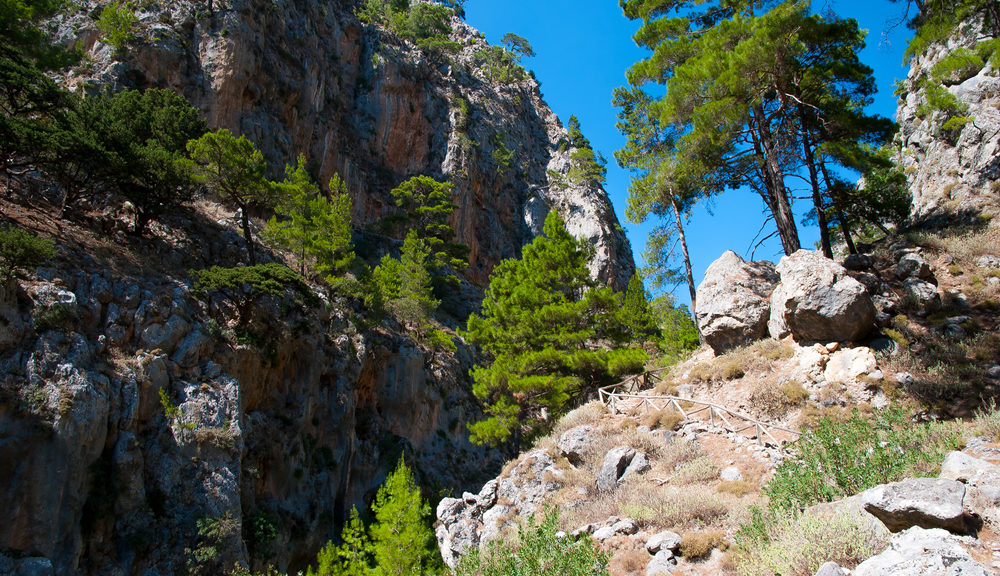 Agia Irini Gorge is a place of unique beauty and vegetation. It is located at the western section of the Lefka Ori (White Mountains), near Agia Irini village, which belongs to the Municipality of Kandanos – Selinos. The gorge is part of the E4 European long-distance path and can be combined with other hikes in the area. It is 7,5 kilometres long and the walk through it requires approximately 3 hours. The entrance is situated near the village of Agίa Irini, and the outlet 5 kilometres north of the coastal village of Sougia.

Even though it is not as well-known as the neighbouring gorge of Samaria, the gorge of Agia Irini is equally beautiful. Its vegetation is rich, and one can visit several spots of historical interest along the way. 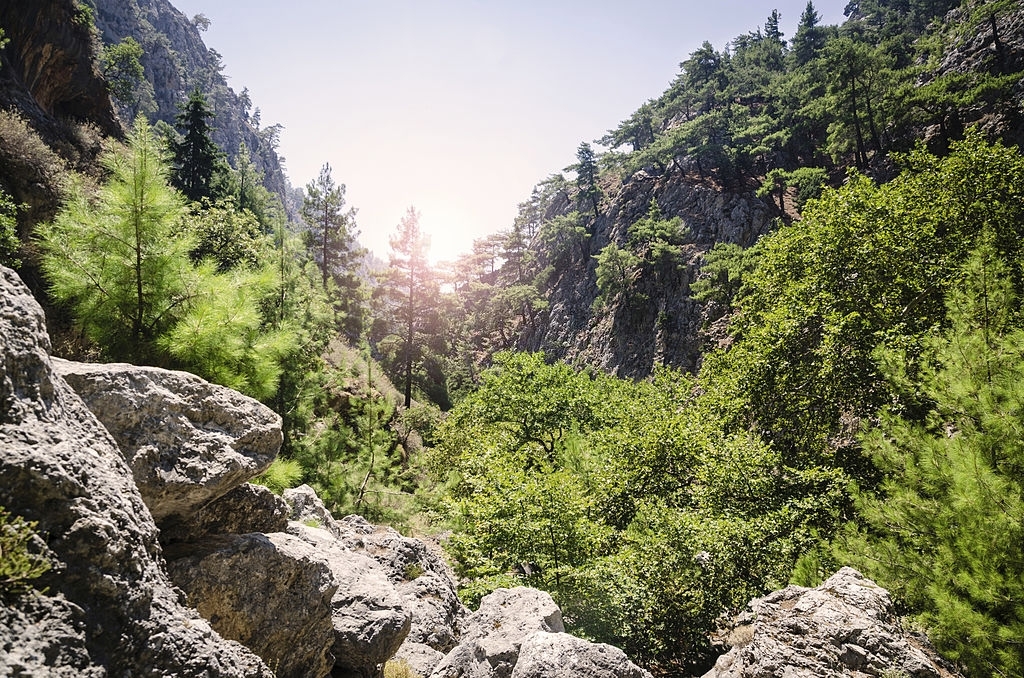 The gorge area has been listed as a Wildlife Refuge and is a habitat of the Cretan wild goat (Capra aegagrus cretica). Rare birds, such as the Bearded Vulture (Gypaetus barbatus), one of the rarest bird species in Europe, Golden Eagles (Aquila chrysaetos) and Bonelli’s Eagles (Aquila fasciata), as well as numerous little mammals, such as badgers, weasels, martens etc, live in the gorge.

Also characteristic of the area is the richness in forest flora. The slopes of the gorge are thick with clumps of beautiful cypresses (Cupressus sempervirens var. horizontalis) and pines (Pinus brutia), while tall plane trees (Platanus orientalis) cast their shade on the watercourse. Smaller plants and bushes add to the beauty of the scenery: thyme, sage, lavender, Cretan ebenus and wild Cretan dittany (Origanum dictamnus, also known as erontas in Crete), which is known for its therapeutic properties, and difficult to find in the wild.

Historically, the gorge of Agίa Irίni has played an important role as a base of operations and a refuge for the revolutionaries of the region. During the Revolt of 1866, local people barricaded behind the old bridge which can be seen near the entrance to the gorge, to protect the women and children from the Turks.

A little further down we find the Byzantine chapel of Christ the Saviour (Sotiras Christos) (1357) with wonderful frescoes, and also the ruined chapel of Saint George (Agios Georgios) (1460).

The walk down the gorge of Agia Irini is fairly easy, almost effortless, should one take advantage of the rest areas provided. Once at the outlet, visitors can either walk or take a taxi or bus back to the entrance point or to the coastal settlement of Sougia.