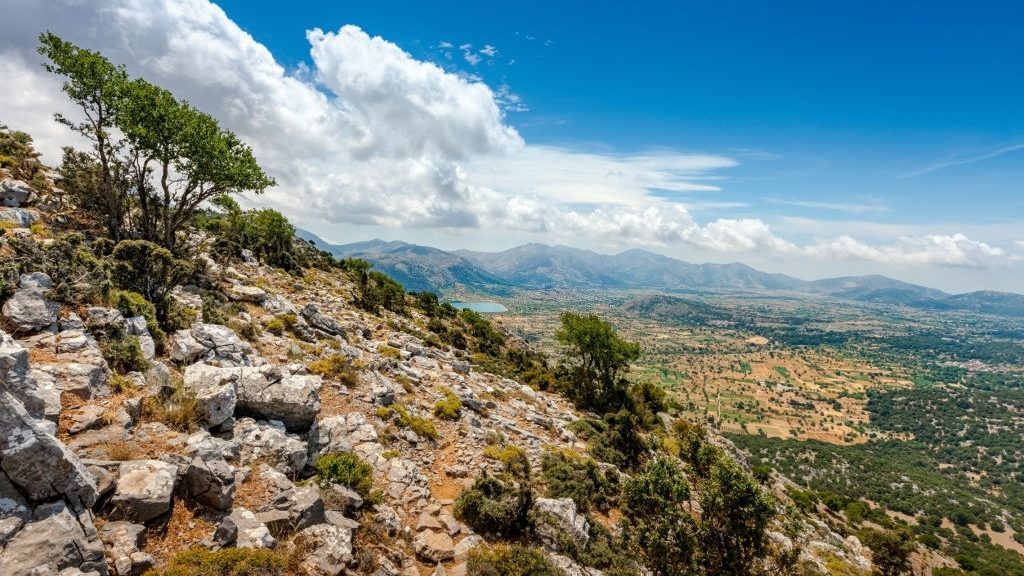 The plateau of Katharo (meaning “clean” in Greek), is located at an altitude of 1150 m, in Lassithi, in eastern Crete. To its southwest rear the high peaks of the Lassithi mountains. It is linked geomorphologically and hydraulically with the main and lower Lassithi plain through the Havga gorge which for most of the time runs like a torrent.

In effect, the Havga waters (with those of the River Xenikos) drain the Katharo, down through the Havga gorge and onto Lassithi. On the banks of the two watercourses is a wealth of riparian vegetation. Here we also find a lot of sinkholes and caves. At the perimeter of the plain are small and dispersed settlements with small vineyards and some crops.  In the Pleistocene period, the plain was a lake, which supported a peculiar fauna, including dwarf elephants and hippopotami. 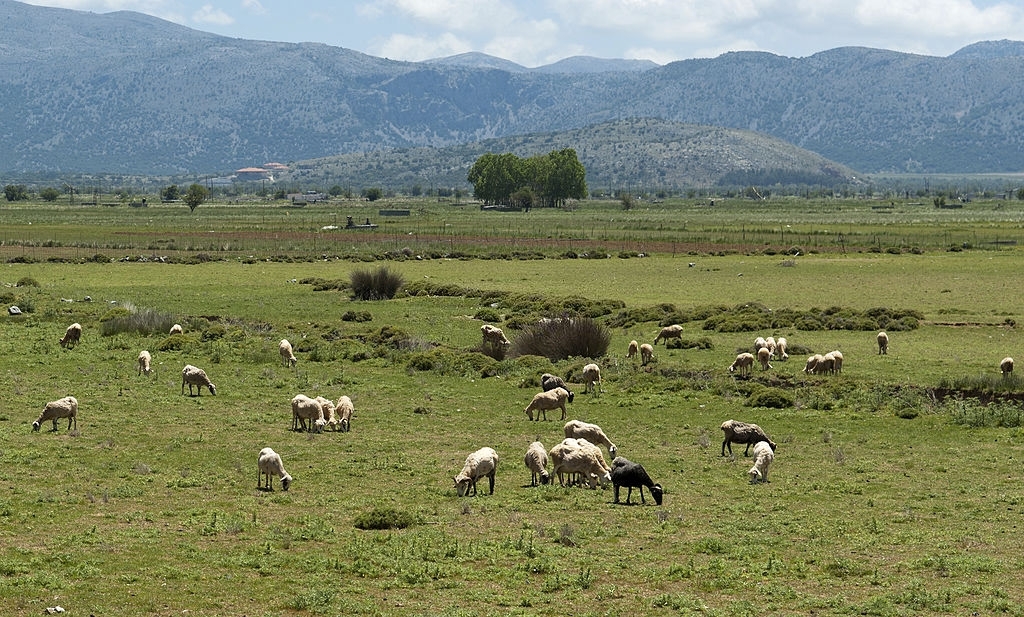 It can be accessed by car, from the village of Kritsa in the east, and if you are following the E4 trail you can also walk from the village of Agios Georgios in the north. The distance from Agios Nikolaos is less than 26 km but estimate more than one hour due to the narrow and windy roads as well as any rest stops for photos. This is a wild and untamed area, where you will encounter mostly shepherds and goat herds, with magnificent views of the Lassithi plateau and there are also a few tavernas with excellent local cheeses that you must try. Historically, the area was an important agricultural region, but there were almost no permanent residents and access to water and electricity is still challenging. In the winter, the area is thick with snow and most people move to nearby villages.

The land of the plateau is community-owned, and cultivation is only allowed to residents that must pay back a percentage of their earnings to Kritsa. Another attraction in the area that is worth seeing is the ancient city of Lato. Some seasonal tavernas operate – spring to autumn and the occasional winter weekend. From the plateau of Katharo visitors may also hike towards the forest of Selakano, one of the most important ecosystems in Crete.