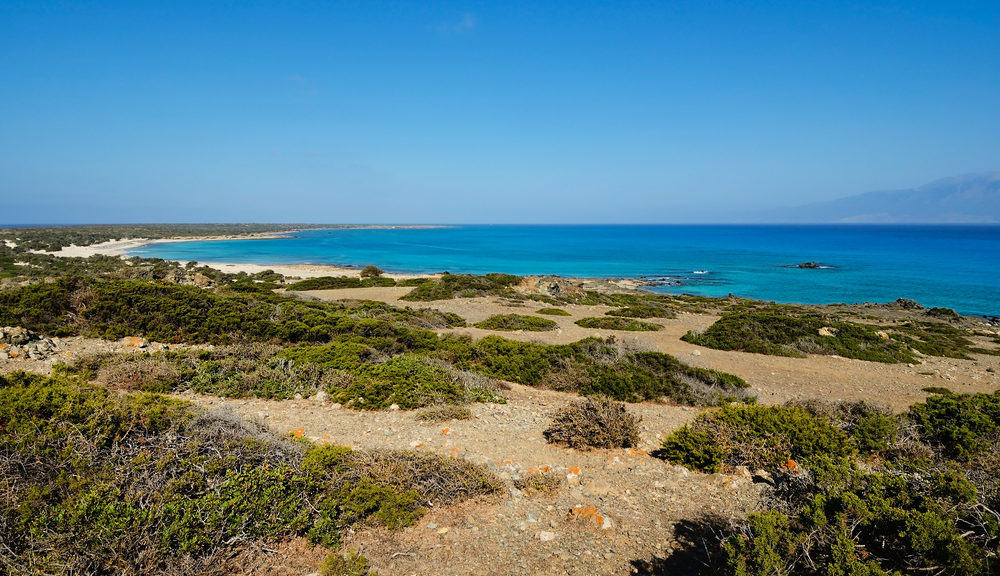 This Golden Beach, also called the Isle of Donkeys, is 5 km long and 1 wide; its highest point is Kefali and is only 31 m above sea-level. Chrissi is an uninhabited island, with beaches that have rightfully given it the name “Paradise“. From the moment you step foot on it, you feel as though you are on an exotic island. The beaches have white and golden sand, at parts coloured pink from crushed seashells that are scattered far and wide. The water is crystalline and translucent with a turquoise hue. Chrissi is home to a large cedar forest, that stretches for more than 85 acres, with large and impressive specimens. The whole island is part of the European Community’s network of protected landscapes of natural beauty – NATURA 2000 and also guarded by Greek legislation. A total of 49 species of fossil have been identified in the volcanic rocks that make up a part of the island. 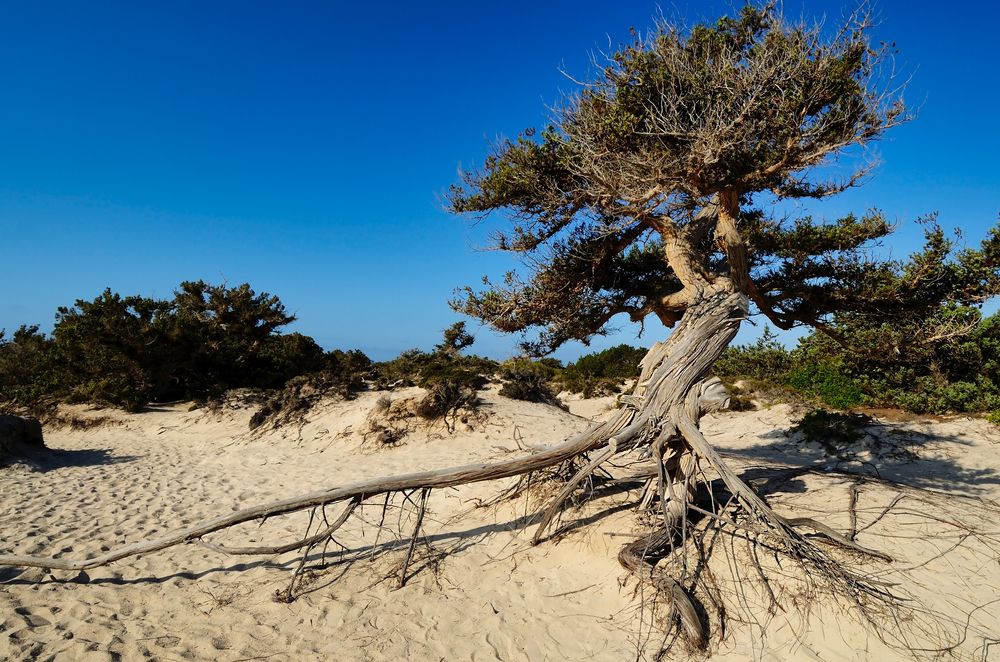 At the time of the Byzantine Empire, Chrissi was an important centre for the production of salt and purple dye. At the west side of the island is the church of Agios Nikolaos that is definitely worth a visit; there is also a salt lake, Roman chamber tombs, a lighthouse and the breakwaters of the ancient harbour. Camping is forbidden on the island, as is entering the cedar wood which is fenced off in places. Collecting sand and shells is likewise not allowed. To get to the island, you can catch one of the ferries that run daily from Ierapetra – from mid-May to late October. The journey takes a little over an hour, and the boat comes in a small harbour on the south beach, at Vougiou Mati. Here you will find a taverna that serves hungry visitors. Alongside this landing spot is the South Beach, which has golden sand and shallow clear water. In addition to amenities like sunbeds and umbrellas, you will find several cedars in whose shade you can relax.

From the South Beach, a path winds its way through the sand-dunes and crosses the island, leading to the beaches of Belegrina, Hatzivolakas and Kataprosopo. The Golden Sands beach, about a 5 minutes walk away from South Beach and the harbour, is the most popular on Chrissi.

It is a most attractive place, with white sand and shallow blue-green and crystal-clear waters. This beach is also semi-organized. East of Belegrina is Kataprosopo. Its name translates to “Face to face” and comes from its location as it lies directly opposite an even smaller islet (Micronisi, some 35 acres in size) that is a mere 700 m offshore. It has pebbles and blue crystalline waters and is less impressive than those on the north coast, which tend to attract bigger crowds. West of Belegrina is a calmer beach – Hatzivolakas. Quite a rocky place, it has white sand and shallow turquoise and clear waters; on every side the towering cedars stretch out and offer natural shade for the visitor.