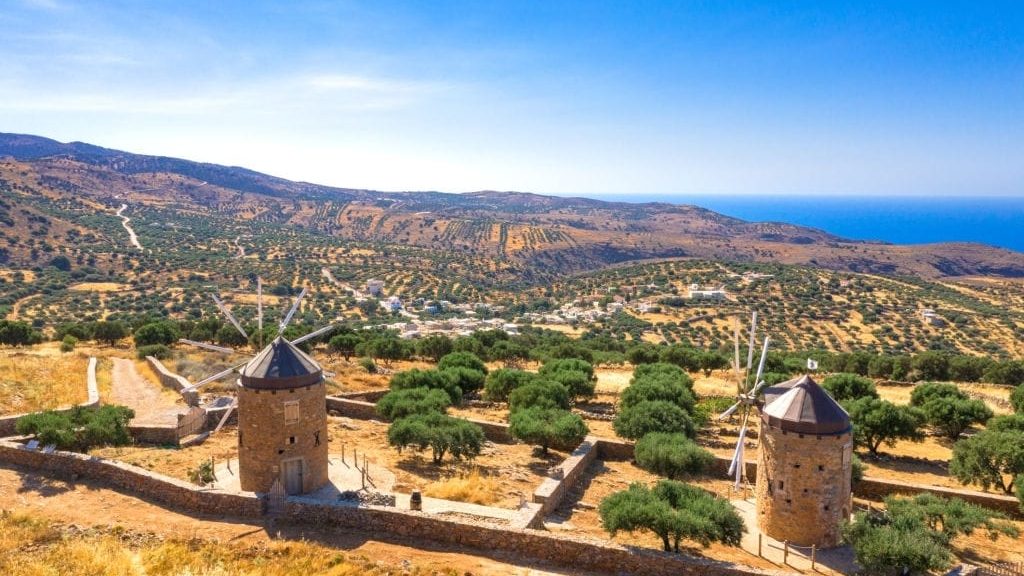 The Lasithi Plateau is the largest mountain plain on the island, and the only one occupied all year-round. It spans an area that runs some 11 km east-west and 6 km north-south. Surrounding it are the peaks Selena (1559 m) at the north, Afendi (1588 m) and Louloudaki (1163 m) west, Spathi (2148 m) to the south and Katharo (1564 m) and Varsami (1545 m) to the east. Animal-rearing and agriculture were the main occupations here in the past. Perhaps the most typical characteristic of the Lassithi Plateau is its windmills.

In the past they numbered thousands, making up a unique and peculiar landscape. One can spot the first windmills when passing through the main entrance to the plateau, on the Ambelos side. There are 26 flour mills, stone-built on a ridge, flanking the entrance to the plateau, which were constructed after the great Cretan Revolution of 1866-’69 and were the sole flour industries of the region until World War II. Nowadays, most of them are ruined and only three of them have been restored. 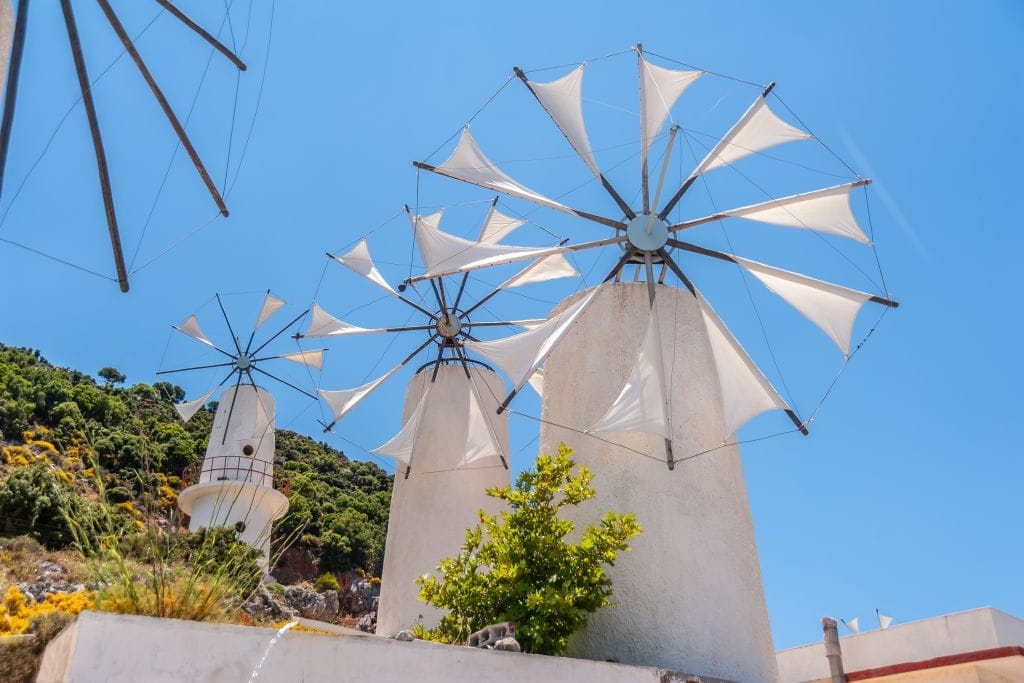 There are, however, some even older mills, now lying almost totally in ruins. The can be seen at the north-eastern part of the plateau, at the location of Zaroma. The inventive mind of the carpenter Emmanuil Papadakis (also known as Spirtokoutis) from the village of Psichro, was the one that designed an alternative windmill mechanism. He combined parts of a stone windmill (sails and axis) with a typical pump, creating the first wind-powered pump. These first pump windmills were stone-built and converted the kinetic energy of the wind to mechanical energy using the technique of old-fashioned windmills, but were able to catch wind from one direction only. Spirtokoutis then introduced the auxiliary rotation mechanism of the windmill axis, to rotate with the direction of the wind. The evolution to the current windmill form was due to Stefanos Markakis, a student of Spirtokoutis, also known as Markostefanis, from the village of Farsaro. The innovations he introduced were numerous. He replaced the stone-built tower with iron constructions, he added a triangular vane of thin metal at the tail of the mill, which holds it firmly in the direction of the wind, and also improved the pumping system. Up until a few years ago, the windmills were essential to the local farmers, irrigating the plain and therefore contributing to the development of the local economy.

Nowadays the number of windmills has decreased considerably. However, a renewed interest in the reconstruction and reuse of windmills seems to be arising with certain local organizations.