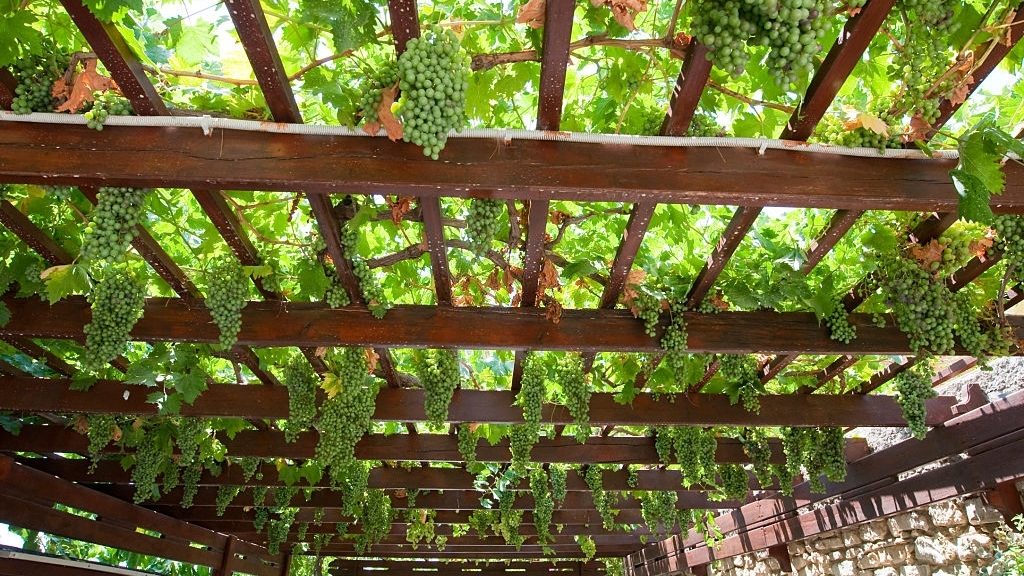 In the Minoan period, Crete had already emerged as one of the most important wine-growing regions, with quality products and a healthy production of famous grapevine varieties.

The use of wine, in moderation, was promoted by Hippocrates, the Father of Medicine, for both the healthy and the sick. Asclepius’ words are in agreement: “the usefulness of wine is second only to the power of the Gods – if it but be used in moderation”.

Apart from nutritional values, wine has an antibiotic purpose. The antimicrobial and antibacterial property of wine is due to its alcoholic content, along with acids and in particular the tannins present. Further, the substance resveratrol in red wine lowers ‘bad’ cholesterol, and so increases the proportion of HDL (‘good’ cholesterol) in humans. Thus, red wine helps protect the body against cardiovascular disease.

Due to the polyphenols present and the antioxidant vitamins (C and E) wine also protects the body against the harmful ‘free-radicals’, which are also implicated in the growth of cancers.

More recent research shows that certain polyphenols in wine inhibit the action of enzymes that act as a catalyst in creating cancer. Wine also seems to slow the onset of senile dementia and the progression of Alzheimer’s.

Today the acceptance of the Cretan diet as an ideal and healthy one leads to the recognition of the positive impact of Cretan wine on one’s health – of course as ever … taken in moderation!

We know that in the first two centuries of Venetian rule (13th and 14th centuries BC), Crete was primarily a grain-producing area. At this same time, Cretan wine begins to gain ground; by the 15th there exists a large export market.

The Italian traveller Buondelmonti reports on Crete in 1415: “the ships arrive here from every corner of the world and load every year 20,000 barrels of wine of exceptional quality”. He also records as from the neighbourhood of Candia (Heraklion) – “the outstanding Malvasia”.

In 1576 the Venetian Proveditore of Crete, Foscarini, said in his report that the annual export was 60,000 barrels. Knolles in 1603 wrote that “Crete is now very famous in much of the world for her good Malmsey (malavisia) produced there – and which is taken in great volumes to many far-off countries”. These testimonies combine with a report from the traveller Belon and yet other authoritative historical sources – also with the known fact that in 1421 the Portuguese took Malvasia vines from Crete to Madeira – to show conclusively that Malvasia was a Cretan wine, and was so-called after the Malevizi region.

This connection has from time to time been documented by prominent scholars of Crete: Psilakis, Xirouchakis, Xanthoudides, Detorakis T and E, and Faure. Most recently Alexiou stated that in the Venetian era, outside the western fortifications of Heraklion began vineyards that stretched clean across the region of Malevizi to the foothills of Ida. This is clearly referred to by the poet Marinos Zane Bouniali, who described in detail the Cretan War, telling that at the time the Turks sealed Heraklion off, children came from the western gates of the walls to cut grapes. This whole region was and is a wine-producing one – accordingly, to Alexiou, “it was but natural that the wine produced there took the name of the locale …”

The vine-growing part of the Heraklion Prefecture, in a sense the oldest in Europe, stretches from an altitude of 600 m unbroken down to the sea. They run unhindered through many different landscapes – following every hill and fold, up and down – a delight to the beholder’s eye.

The mild winter, the warm and dry summer of Crete, the sunshine and the cool northerlies from the Cretan Sea ensure a cycle of vegetation growth without surprises and problems in the vineyards on the island, endowing them with excellent local varieties of grapes.

It is probably in the broad zone in the centre of the island – Malevizi, Archanes, Peza and Episkopi right down to the Messara plain that the grape-growing and wine-making activities were maintained down the centuries, providing a key economic commerce for the locals.

Within this region currently operate some of the most important and dynamic wine producers in the Heraklion Prefecture, indeed within all Crete. They produce local and introduced grape varieties wines recognized and award-winning on the international stage.