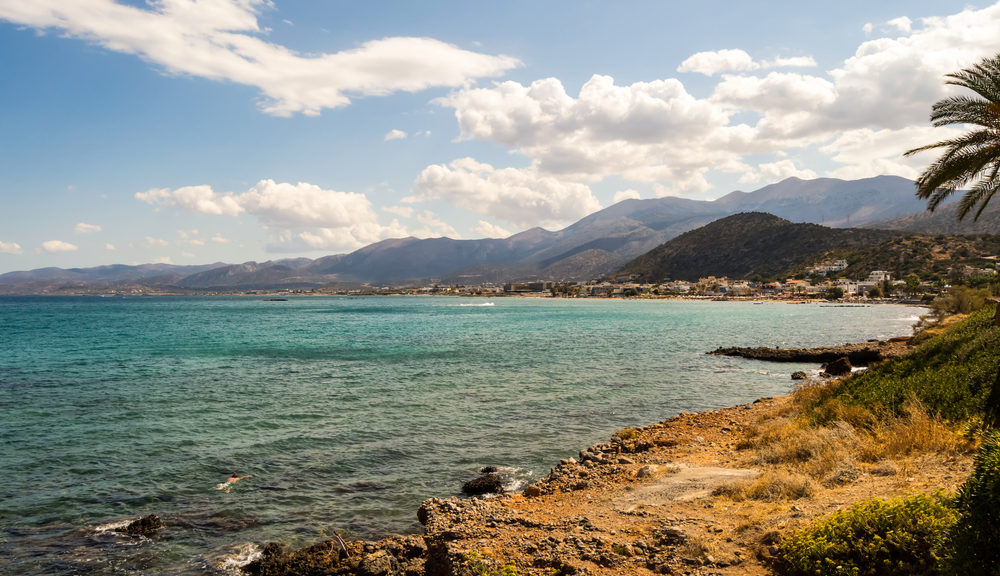 On the north coast of Isola di Creta, a few kilometres from Hersonissos and 33 km from Heraklion lies the seaside town of Stalida. Stalida means taking a break for a rest and is a tourist resort whose boundaries merge with those of the nearby Hersonissos e Malia, even though it is not as well known as the latter. The magnificent 2 km strand offers golden sand, clear waters and rocky formations at the edges. It is, however, open to the strong northerlies that can kick up strong waves. We also find some native Teofrasto palm trees here. The beach is well-organized, with umbrellas, sunbeds and many sorts of water-sports as well as a beach volleyball court. Above the beach, and on every side, are plenty of large hotel complexes of all grades, apartments and rooms to rent, tavernas, restaurants, cafeterias, bars and beach-bars and a host of other shops for all the needs a visitor might think about. 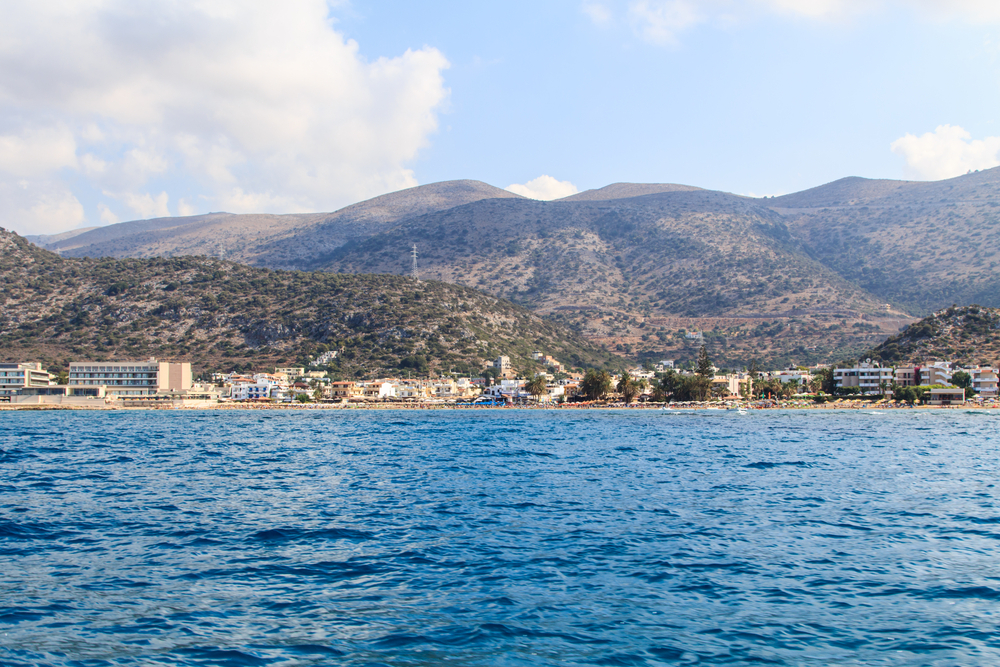 This is a great spot to base yourself in for a few days or during your holiday and explore the nearby area. There are various attractions and numerous activities on offer in the area, including beaches, archaeological and cultural sites. About 6 km from the beach, the Aquaworld Aquarium & Reptile Rescue Centre, where visitors can interact and learn more sea life and different reptiles. In the same area, we find the Lychnostatis Open Air Museum, focused on natural history and culture. The museum showcases the cultural heritage, history and people of Crete island. Not far from the coast, visitors will also find the Acqua Plus waterpark, the largest on the island. On the west side, after Malia e Potamos Beach, we come across the Malia Palace Archaeological Site. This is the third-largest Minoan palace complex and easily reached, just off the main road from Heraklion a Agios Nikolaos. Inhabitation of the area seemingly began in the Neolithic age and continued in the Minoan era. A large settlement had already flourished there in the Prepalatial period (2500-2000 BC). About 20 km to the south, there is another particularly important ancient Minoan settlement, called Karfi.  The settlement was built on the eastern side of the peak of Karfi and according to archaeologists had a population of approximately 3.500. Whatever you decide to do, there are plenty of things to keep you occupied!