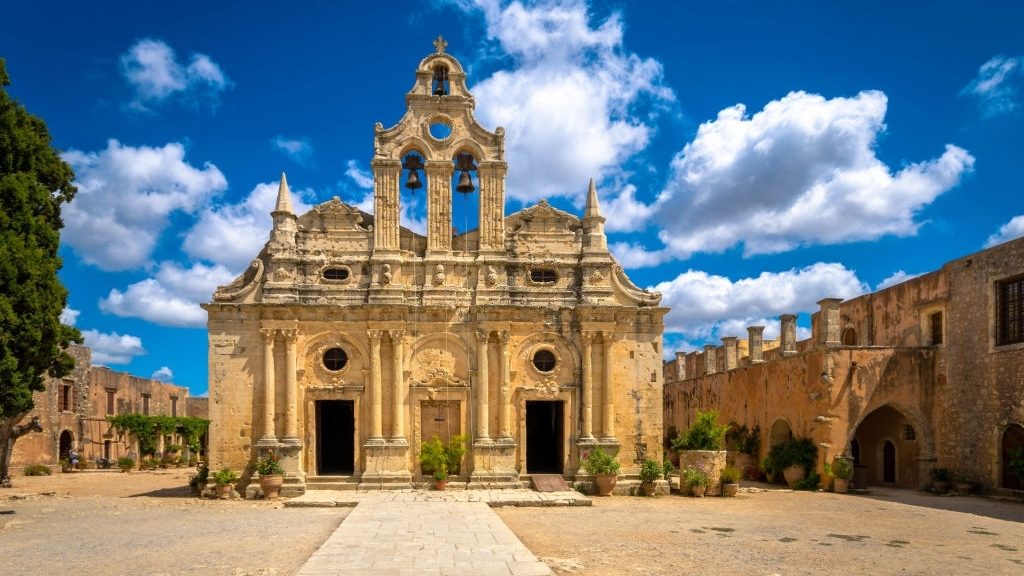 Οn the west foothills of Mount Ida, the tallest in Crete, an important Old Palace settlement has been unearthed just outside Monastiraki, in the region of Amari. The distance from Rethymno is 35 km and you can combine it with a visit to nearby Arkadi Monastery that is on the way. The archaeological site is tucked away just outside the village and parts of it are still being unearthed.

At the centre of the settlement, there is a large two-storey building complex with palatial characteristics. It was possibly built around 2000 BC and was destroyed violently, like many of the old Minoan palaces, circa 1700 BC, most likely due to an earthquake and/or a fire. Excavations have uncovered storerooms, ritual rooms, and other areas in which a large number of clay sealings were found. This fact suggests that these rooms probably housed the archives of the palatial centre. Articles of Pottery found in the settlement of Monastiraki resemble those unearthed in Phaistos. This provides another strong indication that these two centres probably shared financial and commercial relationships. In addition, the palatial structure had a drainage system and resembled the architecture and urban planning of Phaistos palace.

It is not clear whether Monastiraki was a Minoan palace or a settlement due to lack of houses in the area, however, most evidence supports this theory. Another possibility is that Monastiraki operated as an outpost of Phaistos but it could also have an independent ruler. The ancient name of this site has not been ascertained. Because it was never rebuilt after it was destroyed, the site has provided archaeologists with a wealth of finds that were not affected by remodelling or rebuilding. The total area covers more than 300,000 square meters but only a small portion has been excavated so far. Systematic excavations began in 1980 under the auspices of the University of Crete and Athanasia Kanta. Previously, illegal excavations also took place in World War II during the German occupation.

Monastiraki is also the E4 European trail path. The section that crosses it starts in the village of Gerakari and takes you through Amari and onto Fourfouras. From there you can choose to hike to the summit of Mount Ida.