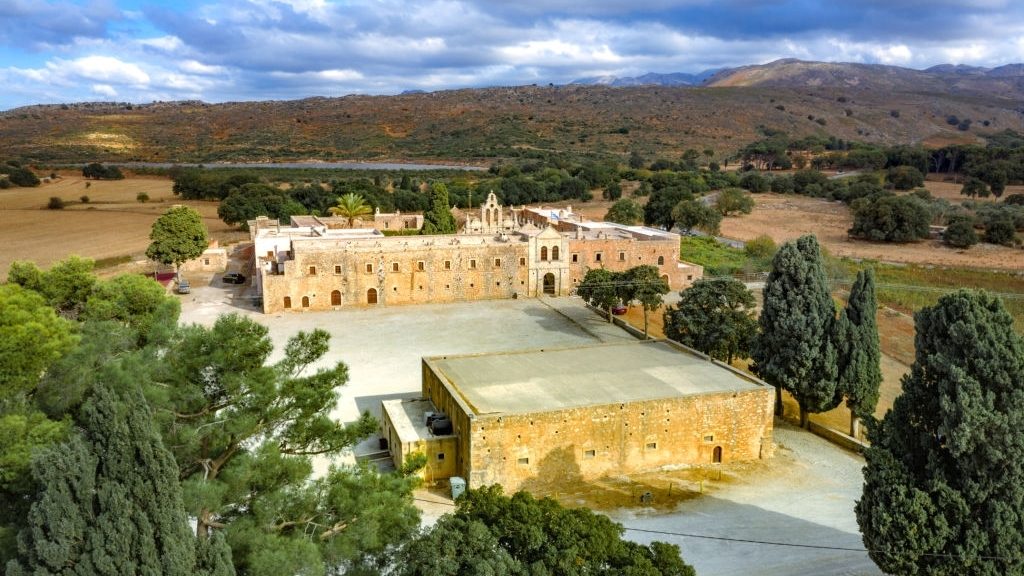 This route is specially designed for nature and history enthusiasts. It connects important archaeological sites, historical and ecclesiastical monuments and traditional villages, and it passes through a verdant landscape where one can also organize various hikes.

Following the old national road from Rethymno in an easterly direction, we reach Adele. We then pass through a beautiful agricultural area where the scenery is dominated by traditional olive groves, interspersed with several small valleys with groups of cypresses. Before we reach Perama we take the road to Margarites in a southerly direction. This is a traditional village where the ancient tradition of pottery still survives and you can learn more about the various ways and techniques that flourish here today. The exceptional architecture of Margarites, combined with its pottery workshops, give it the character of an important centre of contemporary folk culture. The local agricultural and animal products are also exceptional.

Continuing in a south-westerly direction, we reach the villages Prines and Eleftherna, where the ruins of ancient Eleftherna are to be found Here, archaeologists have drawn important conclusions concerning the pre-classical civilization of Crete, from their excavations. A city-state flourished here mainly in the 8th and the 7th centuries BC. An excavation conducted at the ancient cemetery, at the location of Orthί Pétra, has provided important information about ancient Eleftherna. One notable burial contained data that brings to mind the burial customs mentioned by Homer in the Iliad, in the description of the funeral pyre of Patroclus. The most important finds are kept in the Archaeological Museum of Rethymno.

Leaving ancient Eleftherna we drive through a hilly, bare landscape until we arrive at the Arkadi Monastery. This famous fortified monastery is situated at the centre of a small plateau which is surrounded by slopes thick with deciduous and evergreen oaks, stone pines (Pinus pinea) and olive trees. In the intricate façade of the church, different architectural styles are combined. Until the Revolution of 1821, the monastery knew long periods of prosperity. After 1821 it became a centre of revolutionary activity in the region. The peak of the contribution of the Arkadi Monastery to the Revolution was its “holocaust”, which occurred in November 1866. On November 9, the besieged revolutionaries blew up the monastery while they were inside, offering themselves as a sacrifice in the cause of the freedom of Crete. Nowadays, the monastery is considered a monument to freedom, to culture and to Orthodoxy.

Continuing south from Arkadi, we come to the green valley of Amari, which stretches out between Psiloritis and Mount Kedros (or Kentros). The valley has numerous picturesque villages which have maintained their traditional Cretan architecture, olive groves, fruit-bearing trees, Minoan settlements, water springs and age-old churches. According to Greek mythology, the Cretan-born Zeus used to bathe in the river that runs through the valley. Indeed, Zeus was worshipped here and had the epithet “Amarios” or “immortal” applied to him. 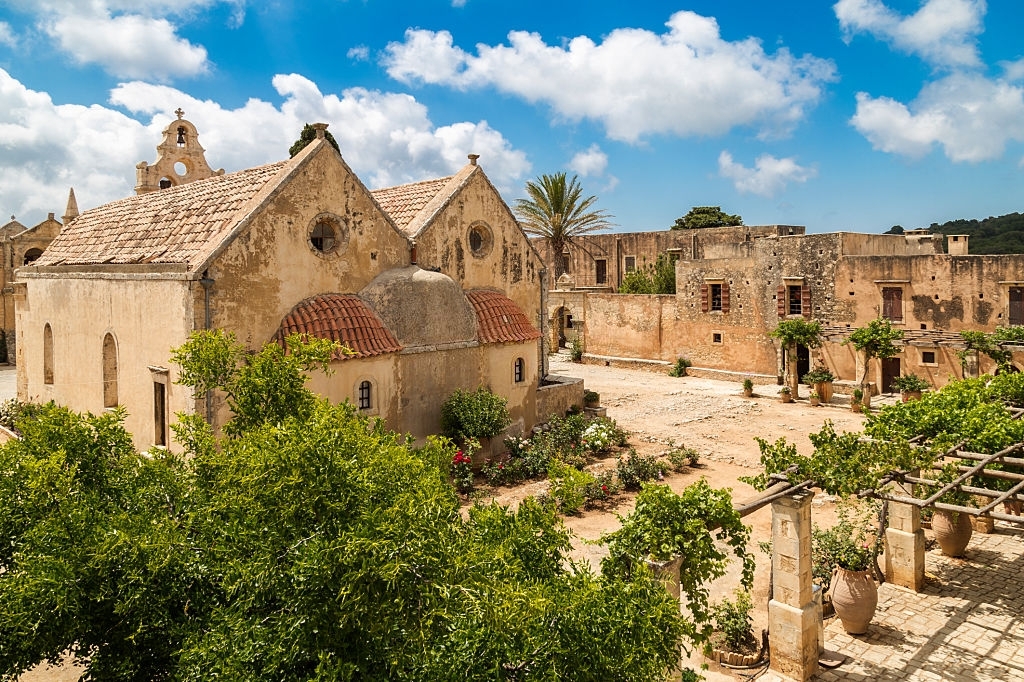 In addition to the green landscape, the region is rich in archaeological finds. There are numerous archaeological sites which can be visited here; Monastiraki, where excavations have brought to light a large building complex of the Minoan years; the charming village of Thronos, with the ruins of ancient Sivritos, a town established in the Late Minoan era which flourished until the First Byzantine period; the archaeological site at Apodoulou village where three buildings of the Protopalatial period and several tholos tombs were unearthed. In the area of Amari one can also visit numerous Byzantine churches: the Moni Asomaton (= the Intangible Forces Monastery) which was possibly founded during the Second Byzantine period and is abandoned today; the chapel of Agia Anna, at the outskirts of Amari village, which dates back to the 13th century and where a few frescoes can be seen today; the church of Agios Georgios Xiphophoros (= Saint George the Swordbearer), also of the 13th century, which is located 800 metres off the main road to Apodoulou; the famous Panagia tou Merona (Virgin of Meronas), a church of the 14th century, where an icon of the Panagia Hodegetria (Our Lady of the Way) which is considered the “Mona Lisa of the Byzantium”, is kept.

While in the area, a visit to nearby villages like Vistagi, Meronas, Ano Meros, Gerakari and of course Amari itself, is a must. At the village of Platania, one can walk through the beautiful Platania gorge. The same can be done in Patsos, where one of the most exciting and imposing gorges of Crete is located and which has a small river flowing through it. Rest areas are to be found along the way, and near the entrance to the gorge, the chapel of Agios Antonios can be seen inside the hollow of a cave. Leaving the Amari valley, we follow the road that returns to Rethymnon. On our way back, we pass by the artificial lake of the Potami dam, as well as the valley that stretches all the way to Prasses, one of the most beautiful landscapes of the island.