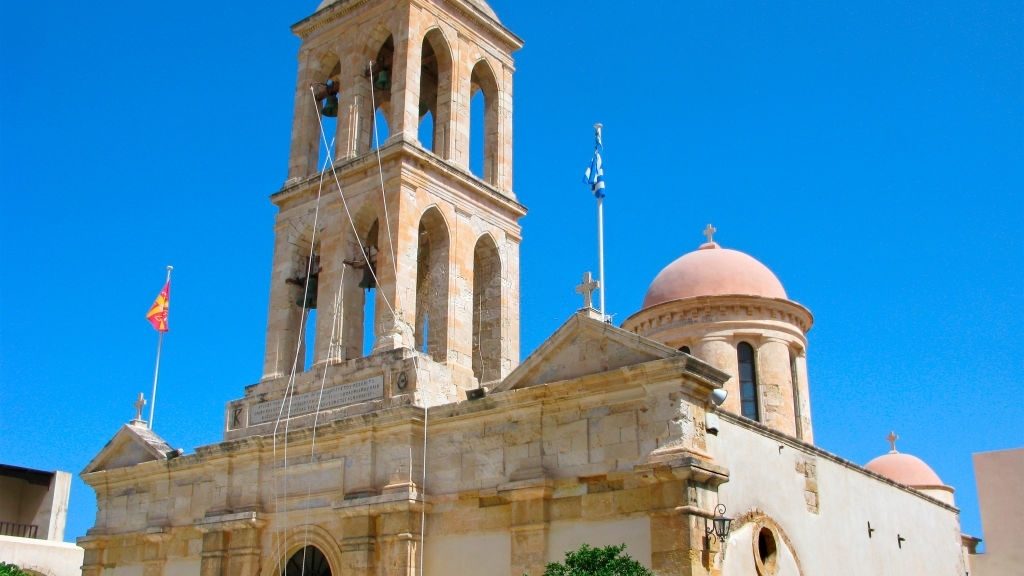 Hodegetria Monastery is one of the oldest and grandest monasteries on Crete, with its history closely linked to that of small monasteries and hermitages in the Asterousia region.

This region has always been an important centre of hermitage and is often regarded as the Agio Oros of Crete, due to the secluded and inaccessible landscape. Hodegetria is a citadel-type monastery, with a large fortified tower in its courtyard that protected the monks from pirates arriving by sea in the south. According to tradition, this tower was initially built by Nikiforos Fokas in 961 AD. However, the present-day tower was built at the site of the first one during the era of Venetian rule but retains many of its Byzantine characteristics. The two-aisled church at the centre of the courtyard is dedicated to the Virgin Mary and the Holy Apostles.

Several additions have been made to the initial structure and its interior includes murals, icons by renowned painters, an artful chancel screen and important holy vestments. During the era of Ottoman rule, the monastery served as the seat and refuge of revolutionaries and its history has been linked with Xopateras, a dynamic monk who fought the Ottomans when they laid siege to the monastery on his own. After the Ottomans killed him, they set fire to the tower and destroyed the monastery. The monastery includes wonderful 15th-century icons by the painter Angelos, such as the Life-giving Font and Saint Fanourios, while the murals of the chapels and nearby churches, which are also worthy of note, were painted during various eras. On-site, there is a small museum with an old oil press, a stone oven, old farming tools, a wine press and other utensils.

The distance both from Rethymno and Heraklion is about 80 km. Afterwards, visitors can enjoy a swim on the nearby beaches of Matala, Kokkini Ammos, or Kommos, the options are endless!