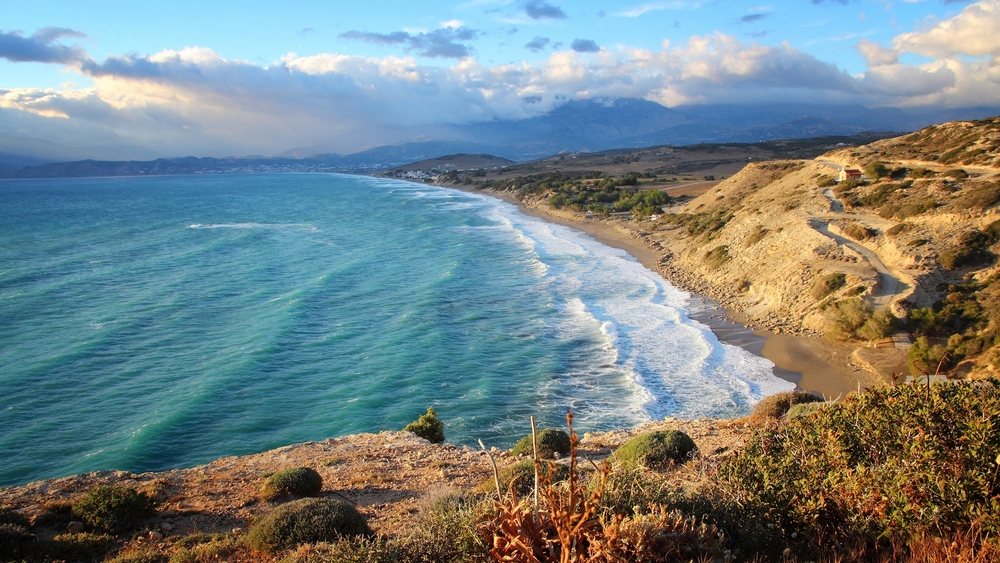 On the western side of Matala, one of the most popular resorts in southern Crete, in the prefecture of Heraklion, we find Kommos beach. It spans the area at the south end of the Gulf of Messara and this was in times past the port of Festos. Near the beach you will today happen on the ruins of the old city of Kommos. Findings suggest that this was a central Minoan harbour and a prosperous town with active trade routes throughout the Mediterranean. Access to the site is prohibited to visitors but you can still walk around and observe the area through the fence from the nearby beach. 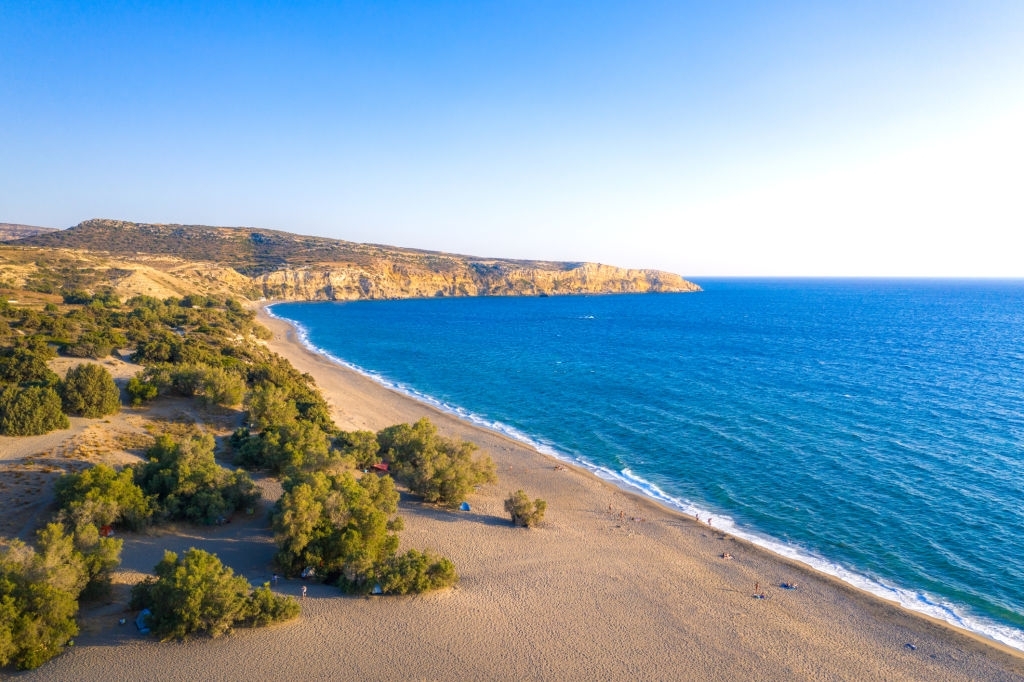 Essentially the beach of Kommos is a single huge beach divided for convenience into two: the north part, called Potamos (River) is one of the most popular nudist-friendly beaches. It is secluded and without any amenities; no hotels and catering facilities exist in the area as it has been classified as a protected archaeological zone. The beach is framed by tamarisks and carob trees that extend their shade to campers, but also sand-dunes. In contrast the southern part of the beach is well-organized with umbrellas, sunbeds, showers and a lifeguard. Both sections have sand, clear water and large smooth rocks in the sea. As with other beaches in the area, Kommos is exposed to the west winds, which can create large waves.

This is also where the loggerhead turtles (Caretta – Caretta) choose to lay their eggs in the summer, at which time the beach is patrolled by the Archelon society, responsible for protecting these creatures. When you visit Kommos, you can enjoy one of the most magnificent sunsets in Crete, looking out towards Paximadia islands in the Gulf of Messara. Here too you can see Volaka, a gigantic rock that sits a few metres out into the sea. According to legend, this is the stone that Polyphemus, the blinded Cyclops, threw at Odysseus to stop him escaping the island where he was held captive along with his companions. Just 2 km from Kommos is Matala, one of the most popular destinations for visitors to Crete.