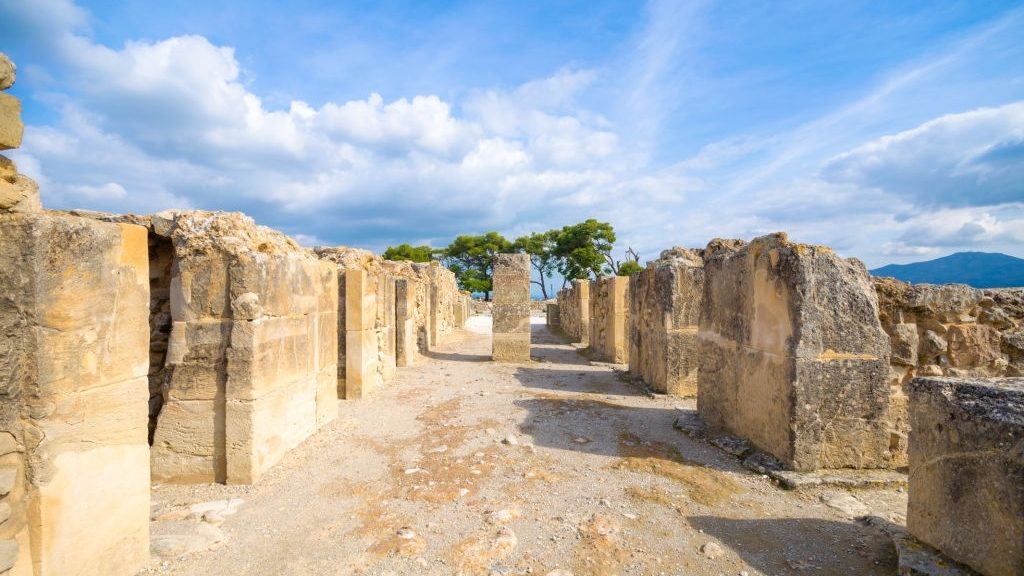 The Minoan settlement at Apodoulou is located northwest of the palace of Phaistos on the southern side of the Psiloritis foothill. It is positioned on the main route between the north and south coast, on the Amari valley, overlooking the gulf and plain of Messara.

The settlement was first excavated by archaeologist Spiros Marinatos in 1934. A number of illegal excavations were also carried out by German and Italian forces during World War II. Ultimately the settlement was brought to light by a Greek-Italian excavation team and the site is dated to the Old Palace period (19th century BC – 1600 BC). It was unearthed near the current village of Apodoulou, on the southern side of an elevated location named Gournes, in the southern part of the Amari region. 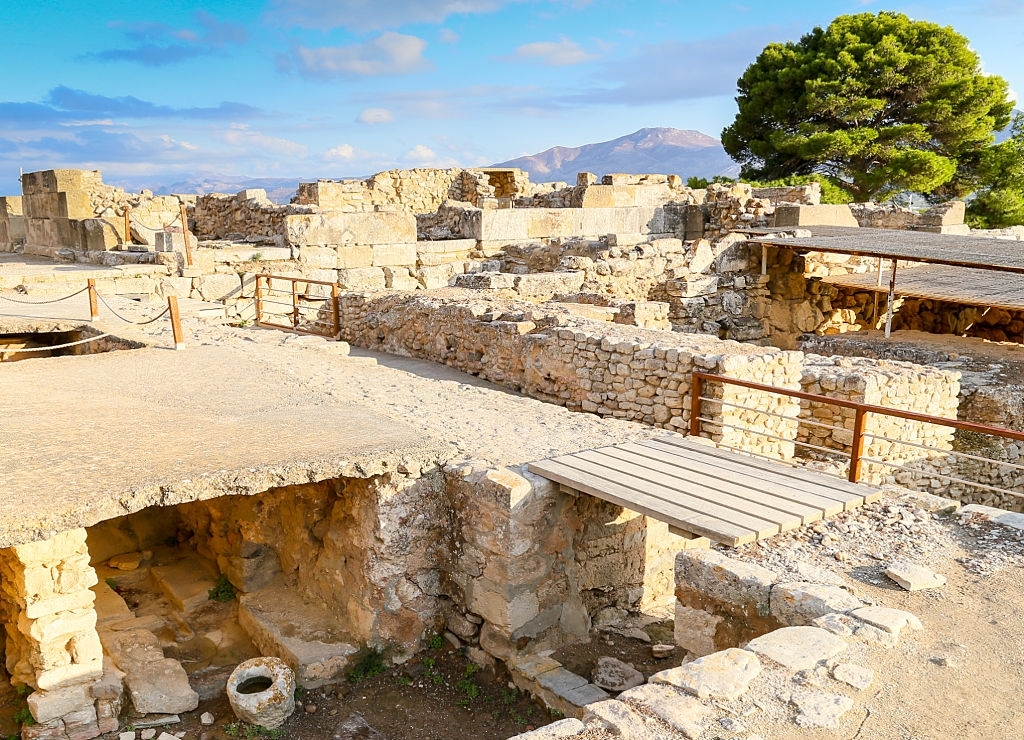 The archaeological site is situated on the ancient route which used to connect the palace of Phaistos with the large Old Palace period centre at Monastiraki. It probably functioned as an intermediate station. The settlement was destroyed by an extensive fire right about the same time its neighbouring centres were also destroyed. Nevertheless, life at Apodoulou and Phaistos continued in the New Palace era, unlike Monastiraki, which was permanently abandoned, at least at this particular location. Excavations have unearthed storerooms with numerous pίthoi (= large storage jars). These storage rooms were part of a complex, which was perhaps the residence of the local ruler. The New Palace period settlement was discovered on top of the same hill, in the 1930s. A large building of the Minoan rural villa type has been uncovered; it features a sanctuary where libation vessels bearing inscriptions, and a small golden axe were found. 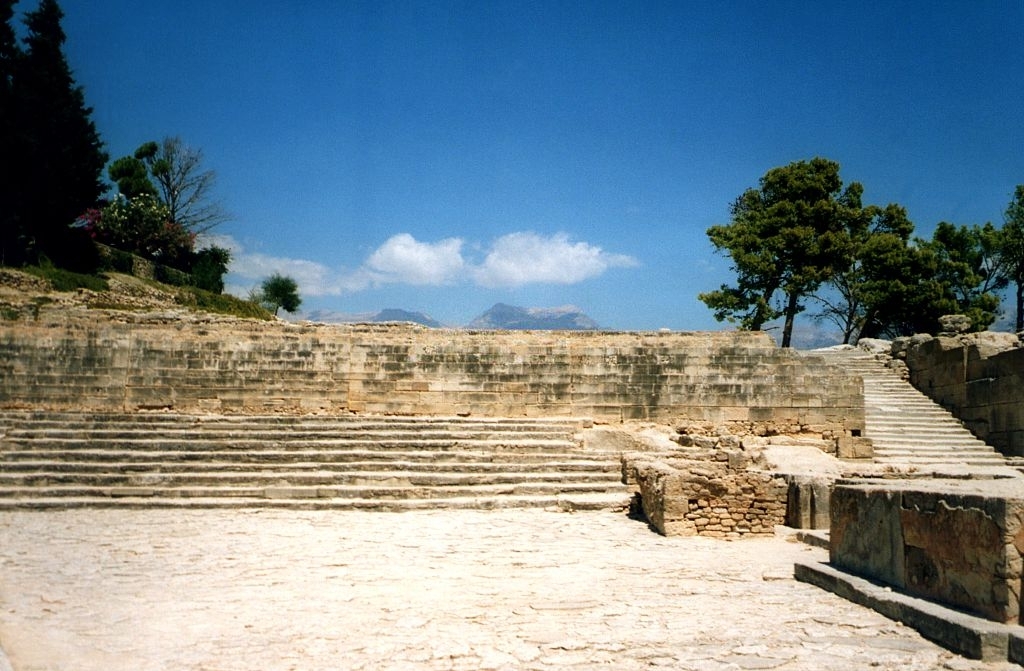 On the road outside the village, 400 metres north of the Neopalatial settlement, a tholos tomb of the Late Minoan period has been excavated. Four clay larnakes (= decorated clay coffins) were found in the tomb, one of which is decorated with grieving figures with upraised hands. It can now be seen in the Archaeological Museum of Chania. Several tholos tombs of the Post-palatial period have been excavated at various locations near the village; larnakes, various vessels and jewellery have been found in them.