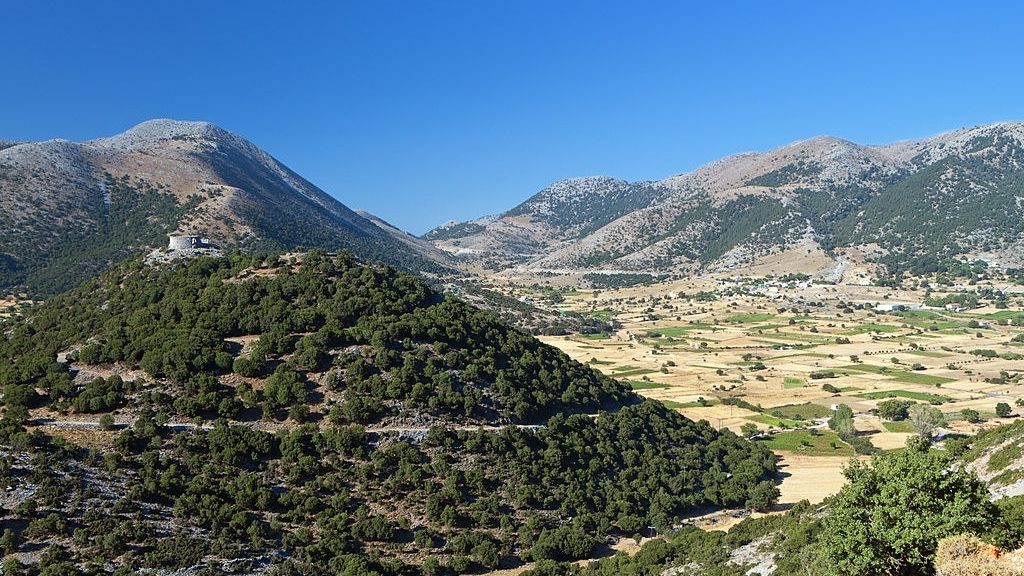 Askifou Plateau is located in the west part of the White Mountains – on the road from Sfakia towards Apokoronas and Chania. It resembles a cup and is surrounded by the peaks of Kastro (2218 m) to the west, Trypali (1493 m) to the east and Angathes (1511 m) to the south. Around the edges of the plain are the villages of Ammoudari, Kares, Kosto, Petres, Mesa and Exo Goni and Stavorachi. The plateau has been cultivated for a very long time; it produced high-quality potatoes, grapes and wine, walnuts and small amounts of fruits.

Its name is unusual and originates perhaps from the word skyphos (a bowl or cup) due to its physical form. It is mentioned for the first time in the Byzantine period (1182), as a fief of the Melissenoi. Under Venetian rule, it was run by a provveditore. Then, during the Ottoman years, the region was the scene of bloody conflicts between the rebels and the Turks, as the plain provides easy entry into the region of Sfakia to the south. There was even a Turkish fort, but it was never manned for long. The plateau of Askifou, was also where the Grand Assembly of the Cretans convened to declare union with Greece in the failed revolution of 1886. In the village of Kares, there is a privately-run War Museum that is worth visiting. Ammoudari is the largest village in the area, with accommodation options, restaurants, cafes, bakeries with traditional goodies and a Post Office. Askyfou itself is famous for its paximadia or “rusks” and its delicious local pies!

The gorge of Imbros begins on the southern point of Askifou plateau and exits after approximately 5 km at the village of Komitades, near the beach of Frangokastello. Its walls rise vertically 300 metres high and its width does not exceed 2 metres at places. The walk down the gorge is fairly easy; it can be done throughout the year and requires approximately 3 hours, as far as the village of Komitades. It is one of the many trails that belong to the E4 European long-distance network on the island of Crete.