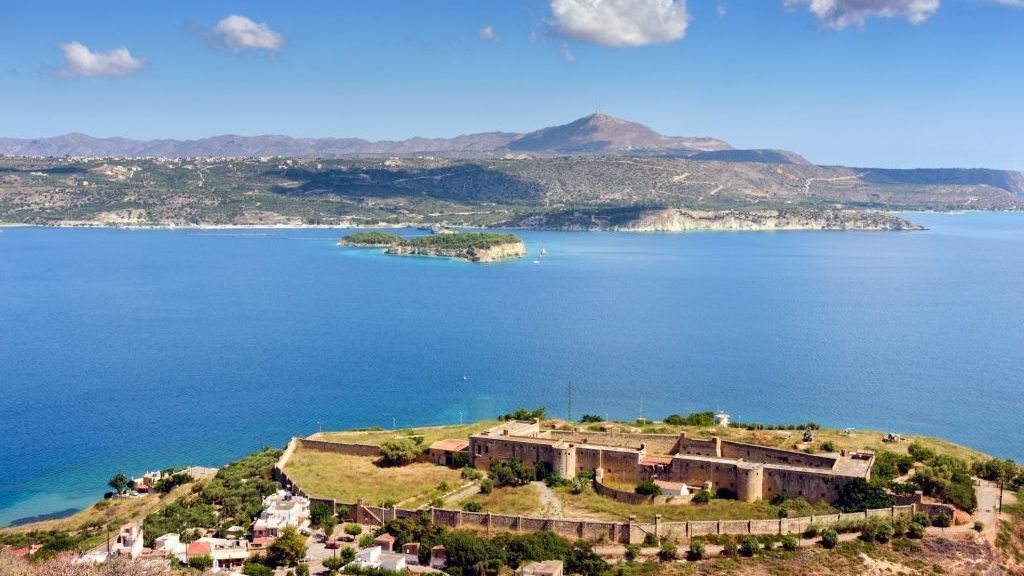 Ancient Aptera was one of the most significant and powerful city-states of Western Crete. Its ruins can be seen on the rocky hill which dominates the scenery south-east of Souda bay, above the national road that connects Chania to Heraklion (16 kilometres from Chania). The notable size of the area covered by these ruins is indicative of the power that Aptera had during its pinnacle.

According to one story, the town was named after the mythological king Pteras or Apteras, who, as legend has it, was the one who built the temple of Apollo at Delphi, in 1800 BC. According to another version of the story, the town owes its name to the Sirens, who lost their wings because of their grief, when they were defeated by the Muses in a contest. The ancient Greek word “ptero” meaning “plume” gives us “aptero” or “wingless“. Without their wings, the Sirens fell into the sea and were transformed into the little islands now known as Lefkes, which can be seen in Souda bay.

The excellent, naturally fortified location of the city proved ideal, and it contributed to its becoming the most important commercial and political centre of Western Crete. Aptera controlled marine activity within Souda bay by way of its two ports, Minoa (current Marathi) and Kissamos (below Kalami village). The city was protected by extensive Cyclopean walls. 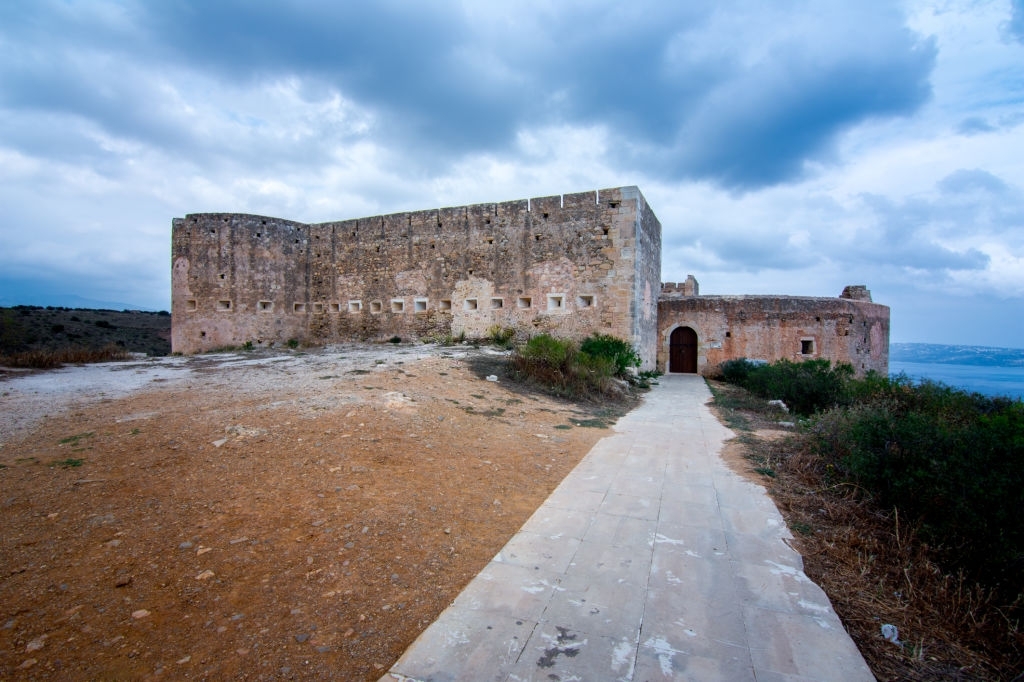 Occupation of the area began in the pre-Hellenic years, and it continued until the First Byzantine period. The city reached its peak during the Hellenistic era (4th-3rd century BC) when it minted its own currency.

During this period, Aptera was one of the most significant and wealthy maritime, trading and manufacturing centres of Crete. Archaeological finds unearthed show that the city, among other things, had remarkable workshops producing weaponry. It is believed that its ships carried local goods to Southern Italy (Magna Graecia), to other cities of the Hellenic world and to the East, thus accumulating riches. In the Roman period, Aptera’s importance diminished and its economy became agricultural. During the Byzantine years, it was still inhabited, and was a diocese, regardless of the fact that it had lost much of its former might. An earthquake in the 7th century, and the attacks of the Saracen pirates, a little later, put a final end to its existence, approximately between 820 and 830 AD.

In later years, the Monastery of Agios Ioannis Theologos (St. John the Theologian) was founded on the site of the ancient city, and it operated until the 1960s; it was first mentioned in official documents in 1181. The fortress which can be seen north-west of the archaeological site was built during the Turkish occupation.

The archaeological site is nowadays open to visitors, and the ruins of the city reveal its former grandeur and might. The magnificent Roman vaulted cisterns, which are still in excellent condition dominate the site. The cisterns were once used to supply the private and the public baths (located a little to the west) with water.

Aptera was surrounded by Cyclopean walls, which extended around the rocky plateau on which the city was built. Part of the walls survives today (more than 4 kilometres in length). A small temple, a large private house with a colonnaded courtyard, a necropolis with hewn tombs (located west of Aptéra) and a theatre have been unearthed. From the theatre, the auditorium (koilon = seating area), the orchestra and the first rows of seats have been revealed.

The monastery of Agios Ioannis Theologos can also be seen, partially restored, in the middle of the archaeological site. North-west of the monastery there is a Turkish fortress, which hosts cultural events every summer.