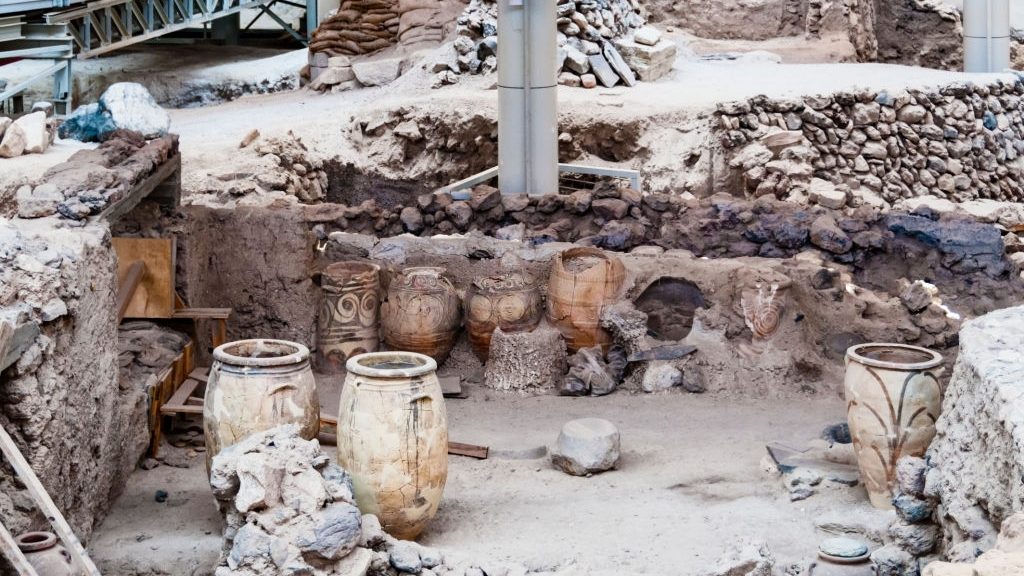 The Neopalatial (MM IIIB) sanctuary of Hermes and Aphrodite is thought to be the most important archaeological site of Viannos. It is located at Kria Vrisi, near the village of Kato Simi.

The sanctuary was built 1.130 metres above sea level and in ancient years, it was considered one of the most important sanctuaries. It is the only place of worship known today in Crete (and Greece) whose existence continued, uninterrupted, for many centuries. It was founded circa 2000 BC. Considering the archaeological finds, it is believed that the rituals were possibly held outdoors, and included blood sacrifices, ritual pyres and ceremonial dinners, as well as libations. It seems that the importance and recognition of the sanctuary were great. Various rooms had to be added around it, in order to accommodate priests and worshippers, while the choice of the location where it was built appears to be also quite significant. It is identified as the “Sacred Mountain” mentioned by Ptolemy, which was thought to have existed somewhere between ancient Tsoutsouras and Hierapytna (current Ierapetra).

Worship in the sanctuary began in the Middle Minoan period, and it carried on until the Roman years. During the Archaic period (7th and 6th centuries BC), an open-air altar was the main worship area. There, a layer of ash and burnt bones and remains of animal sacrifice was found. Numerous ritual artefacts were recovered from this layer of ash, such as tubular libation vessels, stone offering tables, and Late Minoan clay of sacred communion cups and excellent artwork (possibly used by worshippers). In addition, several bronze statuettes and animal figurines, bronze cut-out plaques with wonderful engravings, representing men leading wild goats and other animals to sacrifice or holding pieces of sacrificed animals as offerings to the gods, and three Late Minoan II period swords of exquisite craftsmanship were excavated. Moreover, clay figurines of a naked goddess, representations of Hermes, and other objects were also found, as well as tiles from the roof of the temple deposited as offerings, inscribed with the names of the donors. The terraces on the surrounding mountain slopes were used for the accommodation of the numerous worshippers that visited the sanctuary during festivals. 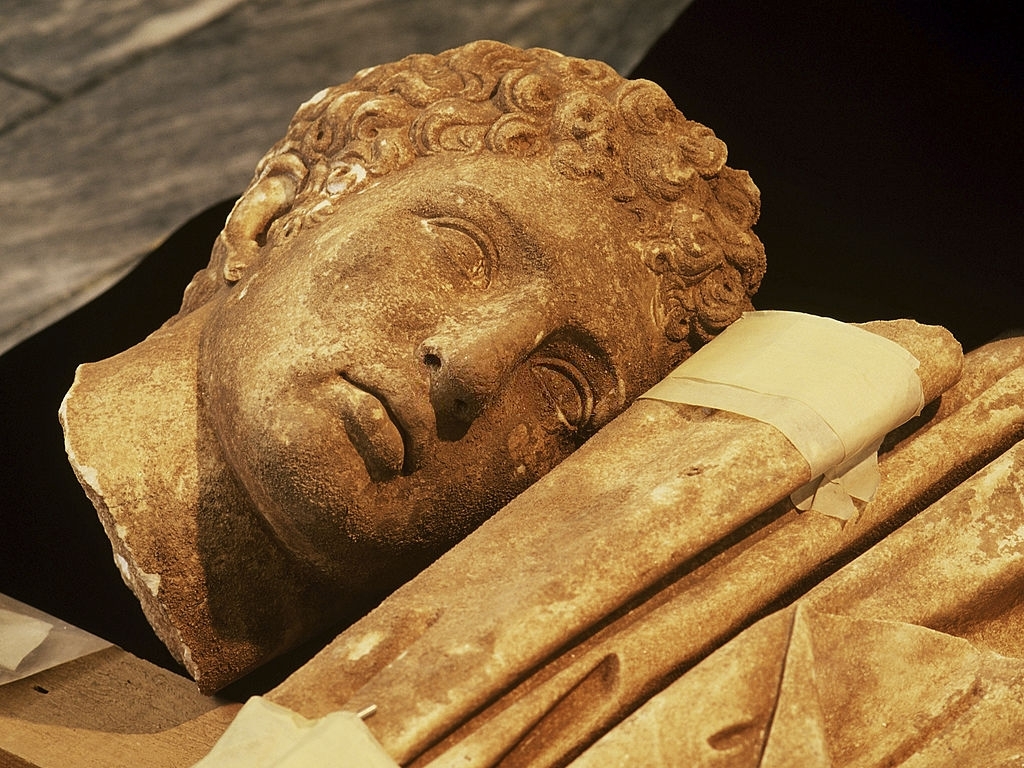 An older sanctuary, dating back to the Middle Minoan years, and various artefacts, such as ritual utensils, kernoi (vessels designed to hold multiple offerings), and tubular libation vessels, were uncovered a little to the south, near the altar. A small temple of the Late Hellenistic years was excavated almost in its entirety, a little more to the east. Various clay figurines were also found, as well as a votive inscription from the Roman years, which mentioned the god Hermes and the name of an individual called Nicanor Theomnastou, who presumably had done restoration work at the temple. Other buildings found around the sanctuary were most likely used as residences for the priests.