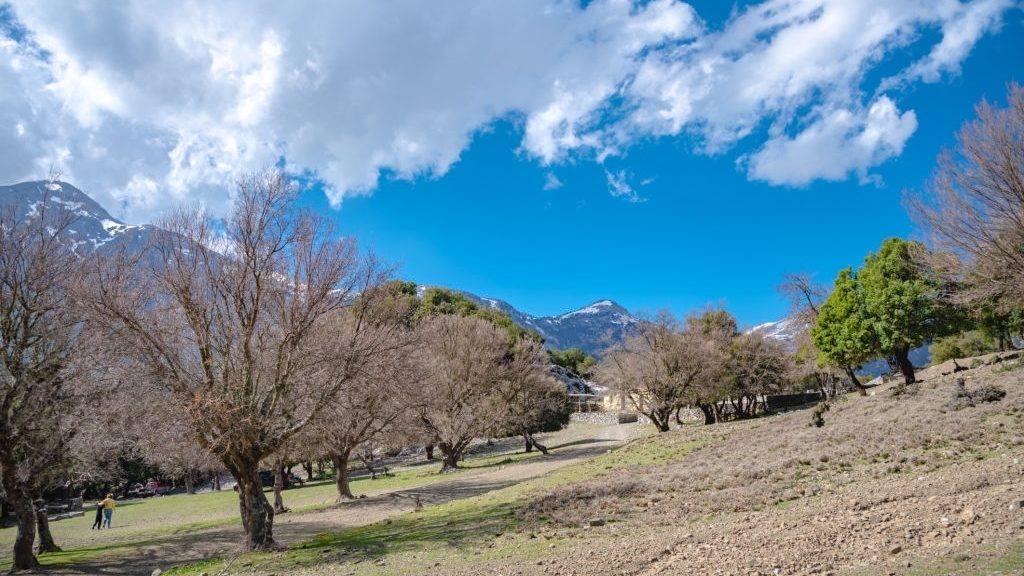 Defined by the peaks of Skinaka to the east and Mavro Kouro to the west, Psakofaraggo is essentially a fissure in the ground that, after crossing through the Rouvas forest as a river, transforms into a proper gorge – that of Agios Nikolaos Zaros. This is one of the most important gorges on the Psiloritis massif and in central Crete. It takes its name from the Byzantine church at its southern end.

Psakofarango may be a bit on the small side but is an ecosystem with rich flora and fauna, interesting geological formations and cliffs of rare beauty. It is an ideal location for nature lovers and recreation activities: hikers, mountaineers, climbers, and wildlife-lovers all are catered for in a truly unusual setting.

The gorge of Rouvas, also known as Agios Ioannis from the monastery nearby, is located in southern Crete, about 45 km from the capital Heraklion. The village of Rouvas nestled between Zaros and Gergeri has also given its name to the nearby forest of Rouvas. A very important ecosystem, with holly trees, pine, plane and cypresses on the south-eastern side of the Psiloritis range, the highest mountain on the island.

The total length of the gorge is about 6 km and reaches a depth of 205m. It has always been known to the locals, but the area was not extensively explored until the 1980s. In addition, to the route that travels south towards the village of Zaros you can follow trails that lead north towards the village of Asites; a beautiful uphill trail with stunning views of the valley below. For those that wish to attempt a hike at the summit of Mount Psiloritis (Timios Stavros), you can also reach the gorge after reaching the plateau of Nida. The mythical cave of Ideon Andron, where according to Greek mythology Zeus was born, is also located nearby. The route from Nida to Rouvas forest is quite long but magnificent with beautiful valleys, small churches and stunning views of the area.

More E4 trails cross the area around Psakofaraggo that attract visitors. You can read more about the E4 European long-distance path in Crete here.