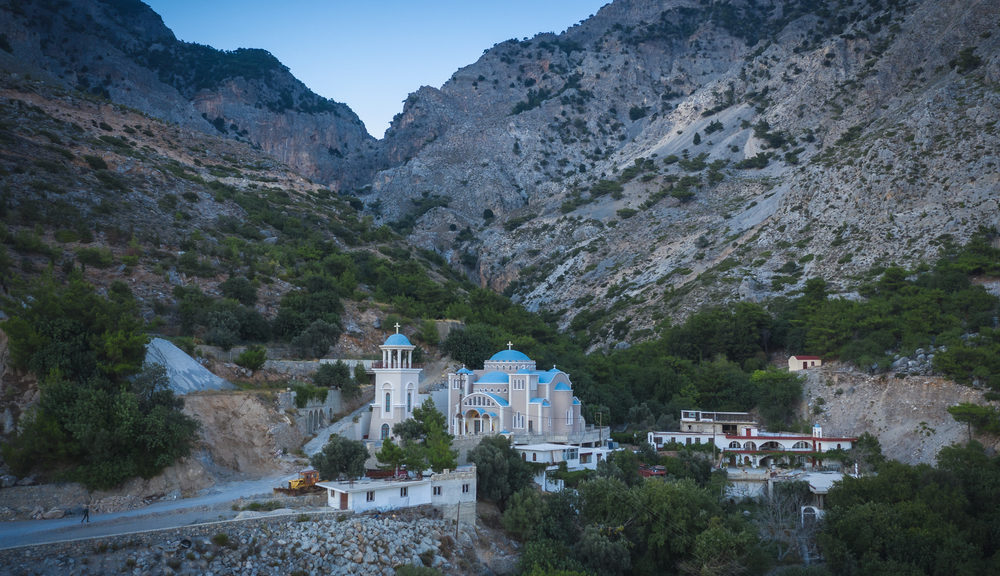 The gorge of Agios Nikolaos is flanked by the peaks of Ambelakia, to the east, and Samari, to the west. It is considered the most important gorge of Psiloritis and of Central Crete, and it was named after the Byzantine chapel of Agios Nikolaos which is located at its southern entrance. It extends along the imposing southern part of Psiloritis, from the north heading south, and it connects Rouvas forest to the north with the valley of Koutsoulidis river to the south, in the Zaros area. It is also known as the gorge of Rouvas, after the forest, or Gafaris.

The gorge is 4 kilometres long in total. It begins north of the chapel of Agios Ioannis, where there is a recreation area, and ends up at the Monastery of Agios Nikolaos, to the south. Passing through the gorge takes approximately 4 hours. The largest section of the route, which is 2,7 kilometres long, is landscaped and ideal for mild recreational activities, such as walking, mountaineering, or rock climbing. This magnificent environment is also great for those who love nature and enjoy watching wildlife species in their habitat.

Indeed, this is one of the richest ecosystems in Greece, rich in flora and fauna, and full of breathtaking ravines, interesting geological formations and vertical slopes of rare beauty. Up until the beginnings of the 20th century, it was a Cretan wild goat habitat. In 1994, though, a certain part of the forest was destroyed at the southern entrance, due to an extensive fire.

From Heraklion, you will follow the highway heading south, crossing through small Cretan villages until reaching Zaros. From Zaros you may hike through the gorge to reach the forest of Rouvas and explore the southwestern slopes of Psiloritis mountain. This part of the E4 trail also connects Zaros with the plateau of Nida, the ancient name for Mount Psiloritis. This is a much longer and arduous hike that is not suitable for children but will reward you with beautiful views of the valleys below. Zaros is one of the loveliest and most well-known villages for nature lovers, known for its production of olive oil, vegetables and spring water.  A visit to the stunning Votamos lake is another excellent option for visitors to the area.